As has often been the case in the recent past, coupled with the unfavourable weather conditions in play, the game between Knights and Dolphins is likely to end in a draw.

The Pool B match of the CSA 4-day Franchise Series 2020 will be played between Knights and Dolphins at Mangaung Oval in Bloemfontein.

After defeating Warriors by 179 runs in a Cross-Pool match, the Knights will aim to continue their winning momentum when they meet Dolphins in Pool B. Four of the last five matches between these two teams have ended in a draw. Thus, the fans would hope that they at least get a winner in this contest.

Coming to Dolphins’ tournament-opener, they defeated the Lions by nine wickets in a Pool B encounter. Their batsmen stole the show by putting 458 runs on the board, at the loss of only three wickets in the first innings. This contest will be neck-and-neck, as Knights’ batting unit also did a fine job with the bat against the Warriors.

KTS vs DOL Weather Report for Pool B Match:

Heavy thunderstorms are expected on the first three days of this match. The temperature will loom around 24 degrees Celsius, as another fixture between these two teams looks likely to culminate in a stalemate.

Mangaung Oval hosted two matches in the previous season, both of which ending a draw. The batsmen achieved enormous success here, while the weather conditions for this match will favor the quick bowlers.

Jacques Snyman hit a fine hundred against the Warriors. He also took four wickets in that match.

Mbulelo Budaza dismissed four batsmen in the first match. The overcast conditions is expected to favor the left-arm pacer in this match.

Sarel Erwee missed out on a deserving double century by just one run against the Lions. The opening batsman can muster a lot of runs in this contest as well.

Keshav Maharaj took a six-wicket haul in the second innings of the match against the Lions. He also batted at number five in that game and has the ability to play a long inning. 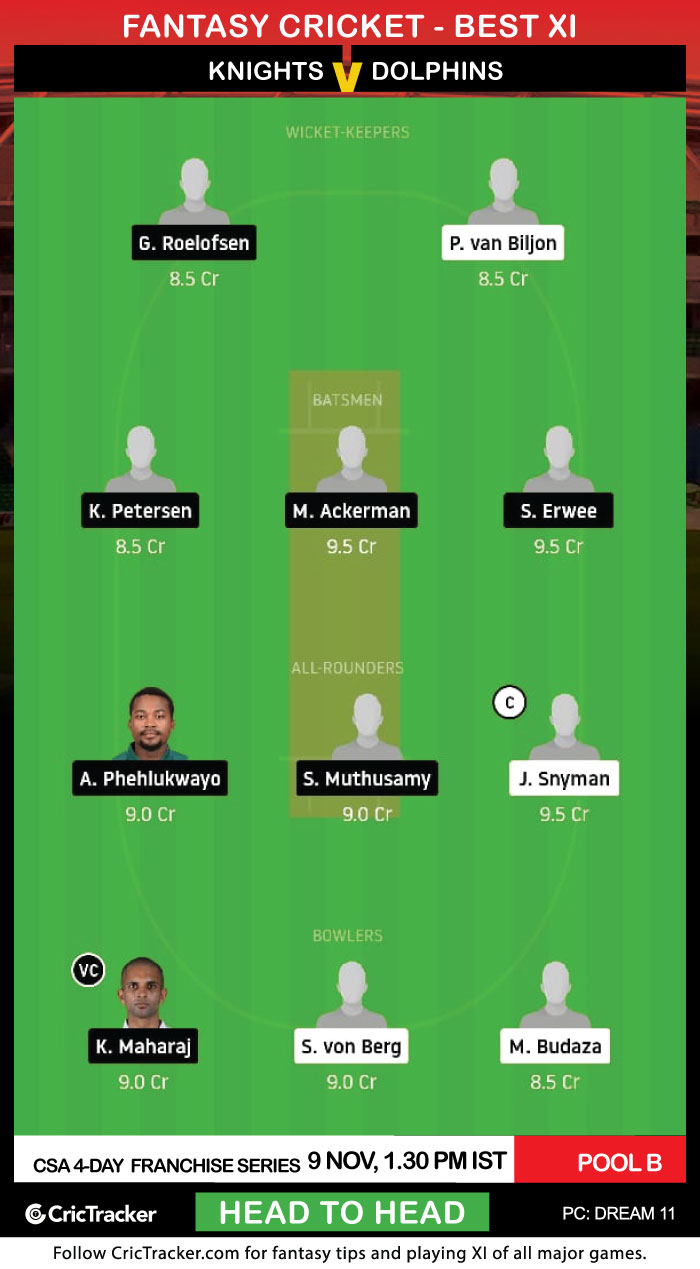 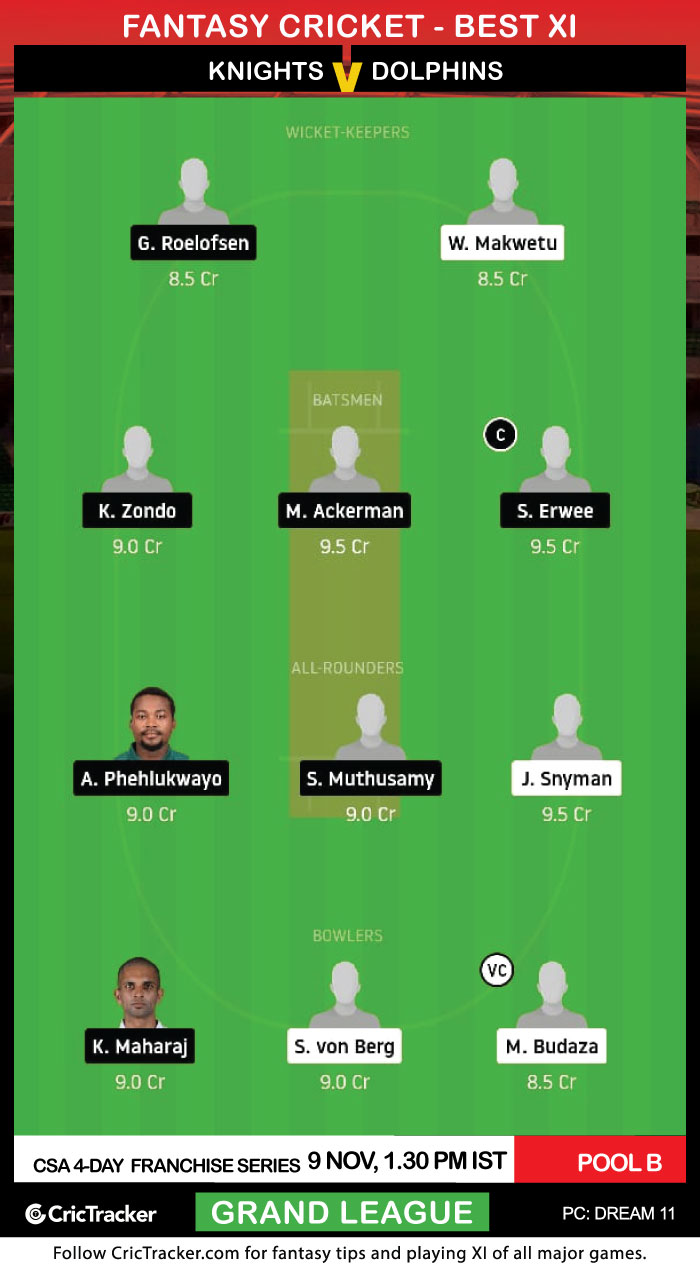 Wicket-keeper batsman Grant Roelofsen got out for a duck in the first match. However, that does not change the fact that he is an extremely talented player and has a first-class average of over 40. He can be backed to perform well in this game and it is advisable to pick him in both of your Dream11 Fantasy teams.

This match is predicted to end in a draw.