Chargers XI are expected to climb up to third place by beating lacklustre Legends XI.

The 17th match of the Andhra T20 League will be played between Legends XI and Chargers XI at Rural Development Trust Stadium, Anantapur.

The match is scheduled to start at 9: 30 AM IST and can be streamed live on Fancode.

Legends XI and Chargers XI will square off each other in the 17th match of the Andhra T20. When these two teams met last time, Chargers XI beat Legends XI convincingly by 56 runs. The Legends XI have played 5 matches so far and lost all their matches and are hence sitting at the bottom of the table. They will be looking to start afresh in the second quarter of the tournament. Batting was the major concern for them throughout the tournament, their batters need to find some time in the middle and express themselves.

Meanwhile, the Chargers XI have had mixed results so far in this tournament, winning 2 and losing 3 matches. Having started the tournament with 2 consecutive wins, they lost 3 matches on the trot and are placed in the 4th spot on the table, with 4 points in their bag. All of their defeats were by narrow margins. Hence, they need to hold their nerve in the crucial stages of the game. It will be an important match for both the teams as they are looking for 2 crucial points.

It will be partly cloudy in Anantapur with the temperature ranging between 27 to 31 degrees Celsius. There is no chance of precipitation for this match.

It is a good wicket to bat on, but looking at the last 2 matches played here, the batters have struggled really hard to score runs. Hence, an even contest is expected between the bat and the ball.

Also Read – I would not be surprised if they continue with MS Dhoni as captain for IPL 2021 also: Gautam Gambhir

‘If he is unwell then what is he doing inside the stadium?’ – Virender Sehwag questions Rohit Sharma’s presence in MI dugout

I Karthik Raman has been excellent with both bat and ball. He has scored 86 runs at an average of 28.67 and an even better strike rate of 200. He has also picked 7 wickets.

M Harishankar Reddy has picked up 6 wickets from 4 matches with a brilliant economy rate of just under 4 runs per over.

K Sai Rahul has been the most crucial player for the Chargers XI with his all-rounding skills. He has scored 132 runs in 5 innings, at an average of 33 and a strike rate of 146.67. He has a highest score of 83 not out. He is the leading wicket-taker so far in this tournament, with 14 wickets to his credit. 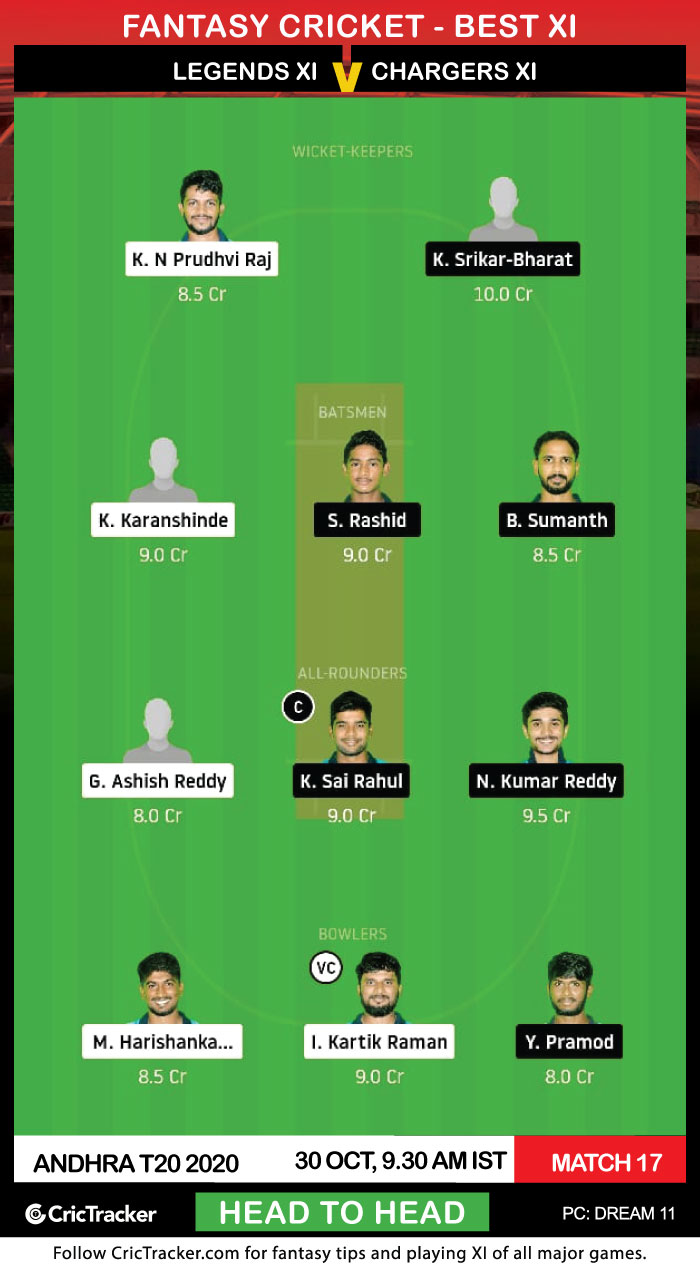 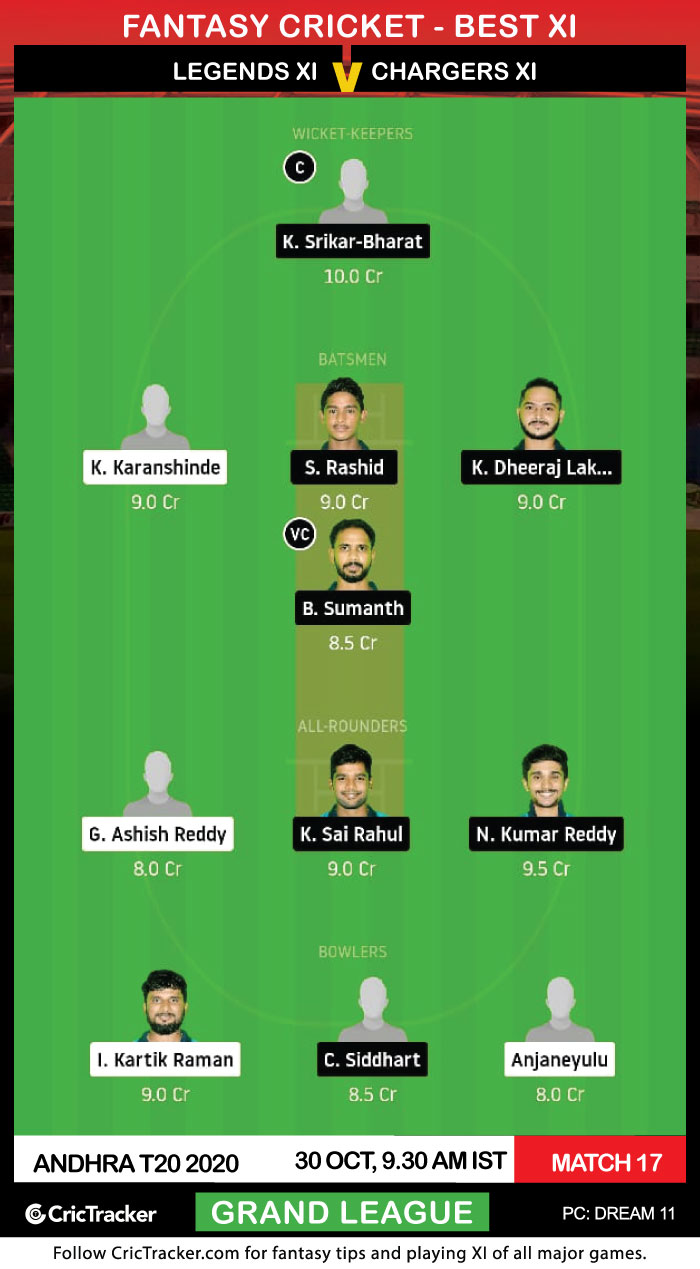 K Sai Rahul has been brilliant with his all-round performance throughout the tournament. He is the leading wicket-taker in this competition as well. He should be the captain of either of your 2 Dream11 Fantasy teams.

Chargers XI are expected to win this match.