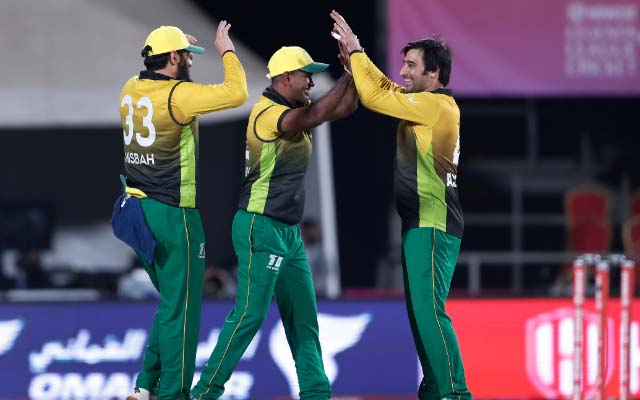 Raman Raheja, CEO & Co-Founder, Legends League Cricket informed that the decision was taken considering the advice from the league medical team and the Apex Council after evaluating the player injuries in a particular team and therefore the inability to safely field a full team on 26th January and play a match.

Each match is assessed on a number of factors including the ability of a team to field a full team; keeping in mind the severity of injured players and the ability of the team to safely prepare for and play a match.

The health and safety of all players remain our priority and hence the league will continue to act accordingly for the betterment of cricket and be able to deliver great and exciting games for all our fans and viewers.

Legends League Cricket got pushed behind closed doors a day ago

The Legends League Cricket is being played in Oman between three teams across the world, namely India Maharajas, Asia Lions, and World Giants. While many of the big names who were earlier expected to be part of the league missed the tournament due to certain reasons, the league did give out fans a reason to rejoice. It was only a day back that the remaining tournament was shifted behind closed doors due to a surge in COVID-19 cases.

The most recent match of the LLC saw action between Asia Lions and India Maharajas which was won by Lions by 36 runs. The all-rounds blitz of Asghar Afghan remained crucial in powering Lions to yet another victory in the tournament. As per the changed schedule, Asia Lions and World Giants will lock horns on 26th January while India Maharajas and World Giants will play the final league game on 27th of January. The final is all set to be played on January 29th and all the matches are being held at Al Amerat Cricket Ground.