19 years later, it still sends chill down ones' spine. And, it always will.

“Ohhhh! He’s given him….he has given him…Umpire Bansal has given him..that’s the end of the Test match. India have won, India have won in dramatic style…the whole of Bengal are on their feet, the series has been levelled, the third team in 1535 Test matches to win a Test after following on.” And, with those immortal words of the late great Tony Greig, Sourav Ganguly’s Team India scripted a miracle, jail-break, renaissance for the ages, on this day 19 years ago, at the colosseum of cricket that is the Eden Gardens.

Indian cricket has witnessed a plethora of memorable moments in its storied history. It has recorded Test triumphs in West Indies, England, Australia; scripted a turnaround by beating the mighty West Indies in 1983 World Cup final besides becoming the first team to win a T20 World Cup [in 2007] and then the 50-over championship on home soil in 2011. It is the current No.1 ranked Test side in the world and the current superpower- both on and off the field. 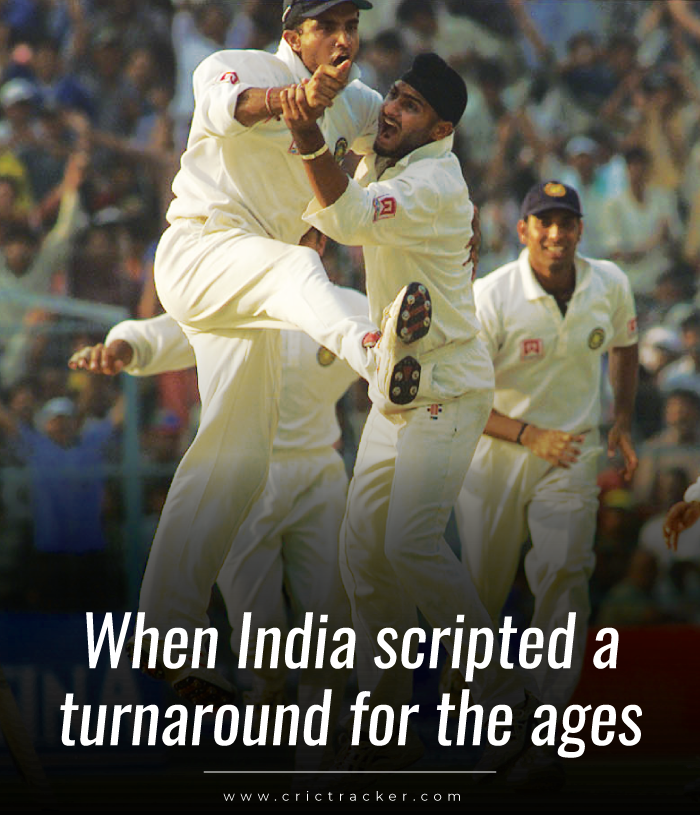 But it is almost impossible to fathom as to what would have happened, had those three musketeers- VVS Laxman- an artist masquerading as a batsman- Rahul Dravid- a monk in the garb of a cricketer- and Harbhajan Singh- the ‘Turbantor’ and the wrecker-in-chief of the Aussies- not defied the all-conquering juggernaut that was the Australian Test team, during the March of 2001.

We have already covered how VVS Laxman and Rahul Dravid overcame their mental and physical demons to bat out the entirety of the fourth day and put India in a position of strength, courtesy the 376-run-stand. By the end of the fourth day, it was clear that the hosts will not lose the Test match. But will they win it was the question on everyone’s mind.

And, the query was accentuated to the core when Sourav Ganguly delayed the declaration on the final day, post which Michael Slater and Matthew Hayden got the Aussies off to a brilliant start. Australia was comfortably placed at 0-74 and with just over one and a half sessions left for India to effect a series-levelling win, the home side needed something out of the extraordinary.

When the ‘Turbanator’ made the Aussies dance to his tunes

Enter Harbhajan Singh. Bhajji had taken seven wickets- including a hat-trick- in the first innings. But, this was a different ball game altogether. India was without two of their experienced campaigners in Javagal Srinath and Anil Kumble, and the onus was on the ‘Turbanator’ to ensure that the whirlwind efforts of VVS Laxman and Rahul Dravid on the fourth day, did not end in a mere draw.

Harbhajan quickly got into the act and dismissed the dangerous-looking Langer and Slater and when Venkatapathy Raju trapped Mark Waugh in front of the wicket, a glimmer of hope began to flicker for Ganguly’s men. 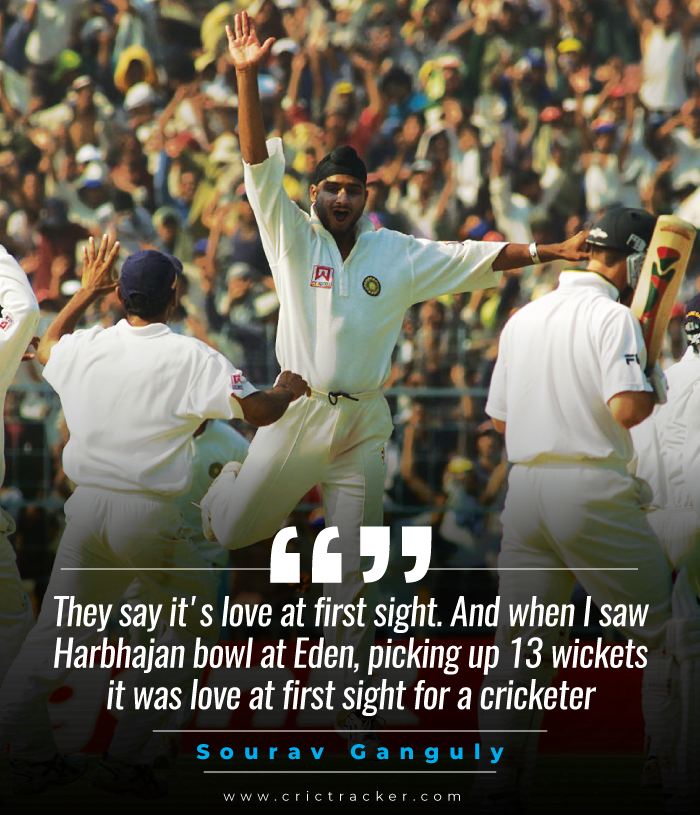 But, India also knew that the game wasn’t over until they saw the back of Steve Waugh. Waugh was the reason behind Australia recovering from a Harbhajan Singh-inflicted stutter in the first innings and when Sourav Ganguly dropped the Aussie skipper at backward short-leg at the stroke of Tea, it threatened to be the game-changing moment.

But, this was India’s day. This was India’s Test match. And, the boy from Punjab was not going to let the Aussies get away with it. Waugh tried the same shot but this time Hemang Badani was up to the task and gobbled it to send the Australian captain packing. Bhajji then proceeded to dismiss Ricky Ponting for a four-ball duck to firmly set the cats among the pigeons as far as the Aussies were concerned.

When Ganguly pulled-off a TENDULKAR-STROKE

With Australia five down, Ganguly tossed the ball to Tendulkar for what seemed like an odd over. But, little did the Indian captain knew that he had pulled off a masterstroke. In the space of three overs, the Master Blaster dismissed Adam Gilchrist [0], a well-set Matthew Hayden [67] and Shane Warne [0] to reduce the world champions to 8-174- a stunning collapse that saw the visitors lose 5-10 in a mere 5.1 overs. 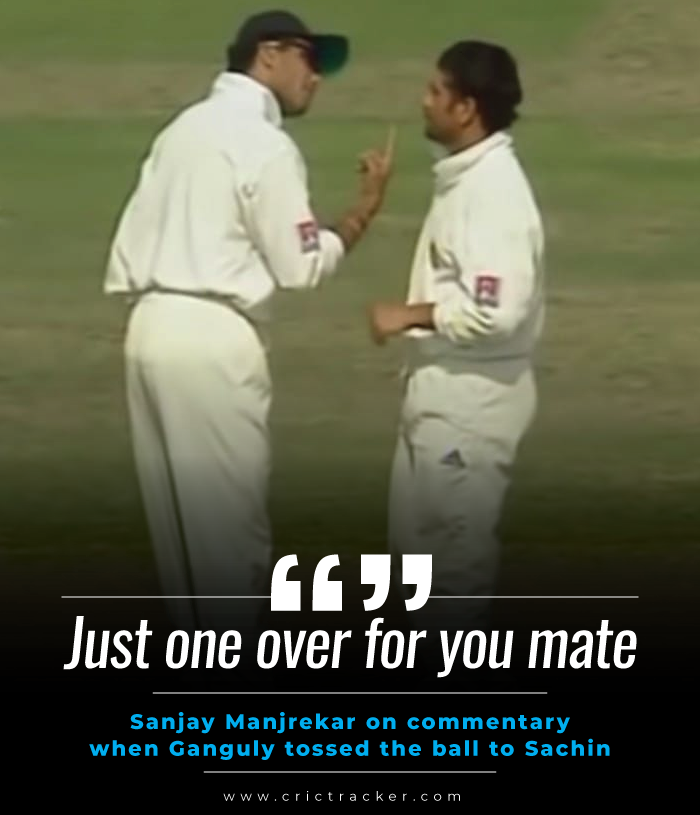 Glenn McGrath [12] and Michael Kasprowich [12] defied the Indians for a further nine overs, but as Sourav Ganguly later said:  “It was God’s Test match”, and, no one, NO ONE, was ever going to take that away from India, not even the all-conquering Australian juggernaut.

There are a lot of memorable moments from that Test, but one image that will always linger in my mind is the sight of 90,000-plus fans at the Eden Gardens- including the policemen- erupting in unison after the dismissal of Glenn McGrath. Those were raw emotions. And, 19 years later, it still sends chill down ones’ spine. And, it always will.