Rohit Sharma is playing the sheet anchor's role to perfection. 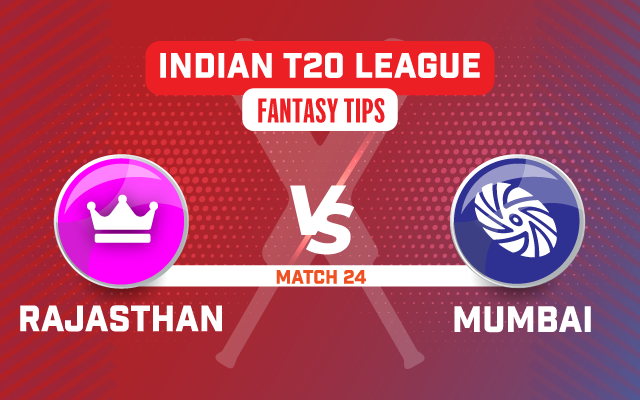 After two back-to-back wins, Mumbai Indians were looking like their 2020 version, but things have changed drastically for them in the last few days. They lost against Delhi Capitals at first, and then in their very next game, they were handed a defeat by Punjab Kings.

While they still were a part of the top 4 at the time of writing, they were tied on points with three other teams. One of those teams is Rajasthan Royals, who have also won 2 out of their 3 games. But unlike Mumbai, Rajasthan played well in their last match to beat Kolkata Knight Riders.

At the time of writing, the first match of IPL 2021 in the Arun Jaitley Stadium was yet to the played. By looking at the past records, we can conclude that it is pretty much a balanced wicket here in the capital.

Also Read: Someone like Ravindra Jadeja has to be in all three formats: Suresh Raina

Playing XIs for MI vs RR:

Suryakumar Yadav scored yet another 30+ knock in the last game against Punjab. It was his third 30+ score in this year’s IPL, and it is about time he converts it to a big one.

Rohit Sharma is playing the sheet anchor’s role to perfection, as he played yet another important knock of 63 runs in the last game. He has now scored 30+ runs in all of his last 4 games.

Chris Morris picked up his first four-fer of IPL in the last game against Kolkata Knight Riders. Barring a lone match against Royal Challengers Bangalore, he has picked up wickets in every single game so far.

Rahul Chahar got only one wicket in the last game, but he conceded only 19 runs. The Mumbai spinner has now picked up at least one wicket in all of his last four games.

Jasprit Bumrah is not having a great tournament in terms of picking up wickets, but he is doing a great job in containing the flow of runs. He has conceded 30+ runs in only one game.

After three consecutive poor performances, Sanju Samson got his act together in the last game by scoring 42 runs. All he now needs is a bit of consistency.

MI vs RR Must Picks for Dream11 Fantasy Cricket:

Jos Buttler is not having a great season, having scored 25+ runs in only one game. But his abilities are known to all and he can prove to be lethal when he gets going, which makes him a risky captaincy pick.

Quinton de Kock’s story is also similar. He has not really been consistent, having scored in single digits in 3 games, but the Protean is hard to stop when he is in his groove.