Will Jasprit Bumrah step into his authority against the Rajasthan Royals? 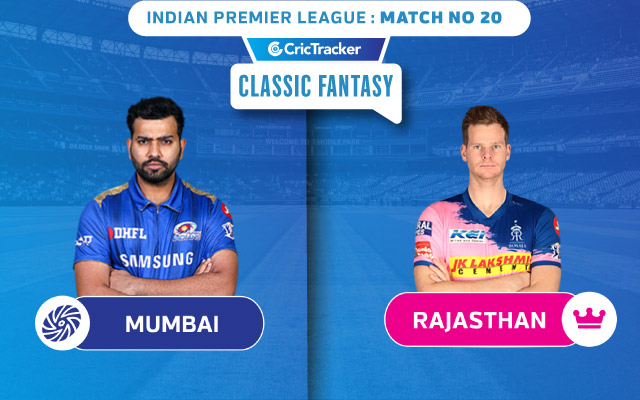 Almost one-third of the league phase in the 2020 Indian Premier League (IPL) has been completed but no team thus far has even won three matches in succession thus far. On Tuesday, Mumbai Indians will have such chance when they face Rajasthan Royals. In case if MI gets the better of Royals, the defending champions will get back to the top of the points table yet again. In fact, it will also be their first win over the Royals since 2015 edition.

Schedule logistics around MI vs RR

RCB’s next match will be on Saturday while Mumbai Indians play their next on Sunday’s doubleheader. Hence, not more than one transfer can be used for MI players and a couple of them can be picked from Royals by excluding RCB players.

Will Rohit and Bumrah star for MI?

Both Rohit Sharma and Jasprit Bumrah have performed together for Mumbai Indians in this season. In both the matches where Rohit scored fifties, Bumrah bowled important spells. In the other three games where Rohit scored under 20, Jasprit ended up conceding 40+ runs. Rohit has struggled against the likes of Jofra Archer and Shreyas Gopal but there is a possibility of his getting a big score if survives both the threats. Bumrah has got a great record against the Rajasthan batters and could be seen picking a couple of wickets on Tuesday.

Safe team for MI vs RR

Jos Buttler has two fifties in his previous three matches against Mumbai Indians and could come up with a big score once again. Jofra Archer has picked up nine wickets in four IPL games against MI including the likes of Rohit and Hardik twice. 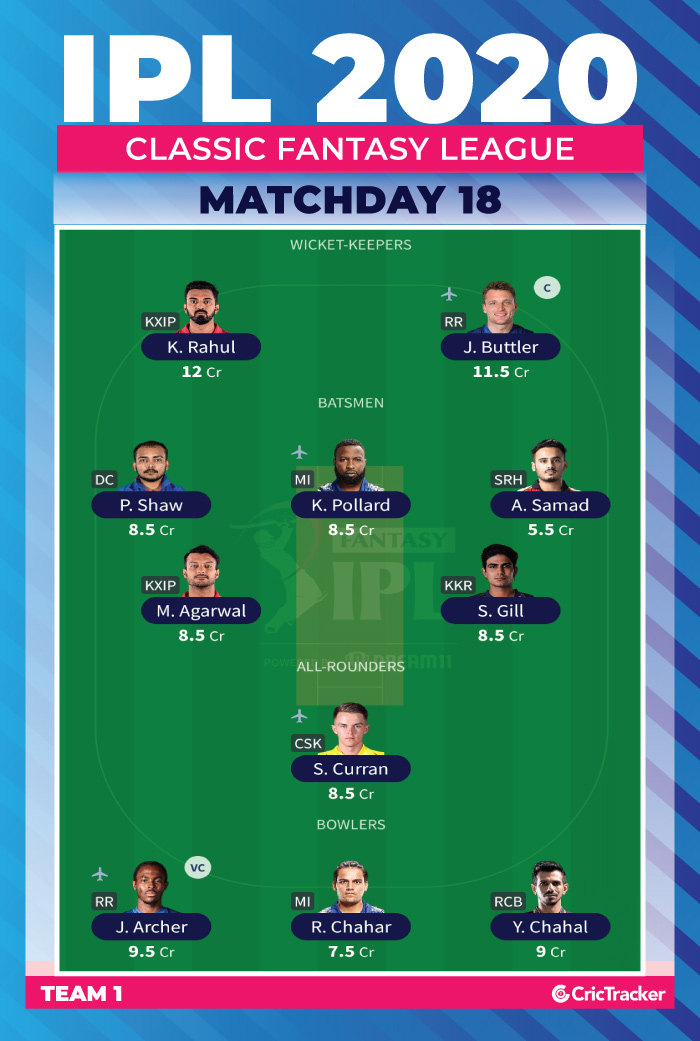 Picking Rohit Sharma will be a risky choice but can be tried if MI will be batting first. No RR batsmen have been picked in this fantasy XI as we expect them to fail against a quality pace attack of Mumbai. 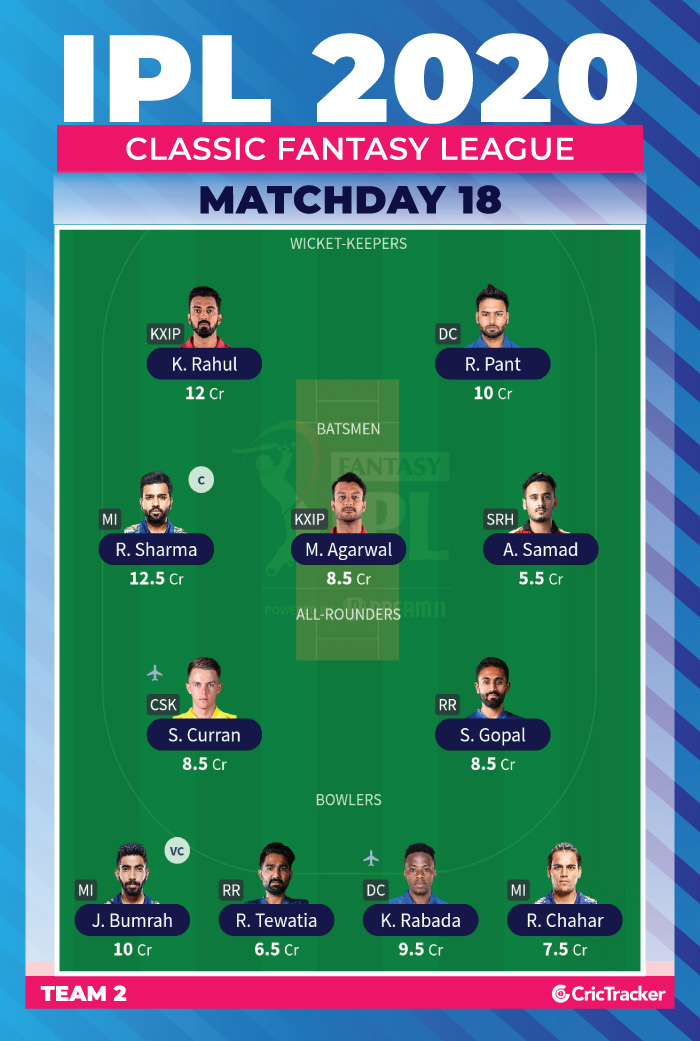