Adelaide Strikers are expected to reduce the gap with league leaders by beating Melbourne Stars. 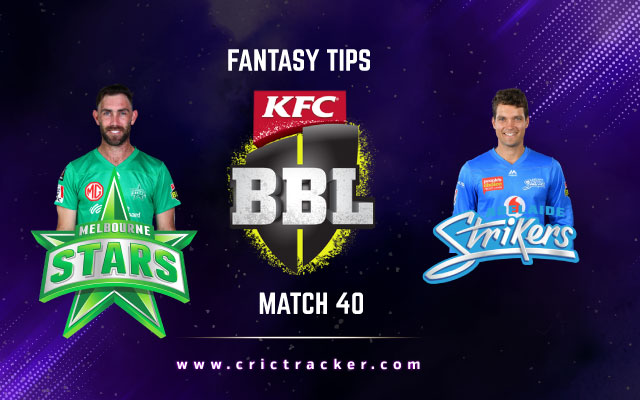 The 40th match of the Big Bash League (BBL) 2020-21 will be played between the Adelaide Strikers and Melbourne Stars at the Melbourne Cricket Ground in Melbourne.

This match is scheduled to start at 01:45 PM IST (06:45 PM Local Time). It will be streamed live on Sony Ten Network and Sony LIV app.

Points table might show that Melbourne Stars are currently the second from last in BBL 2020/21, but the gap between them and third-placed Perth Scorchers is just 4 points. Every match of the ongoing edition of BBL is causing tectonic shifts in the points table, and the same can be expected tomorrow as well.

If Melbourne Stars win, they can go as high as third. On the other hand, if fourth-placed Adelaide Strikers win, they will leapfrog the two teams ahead of them and will be placed behind Sydney Sixers at the second game. Hence, this game will be extremely crucial for both the sides.

As per what the weather forecasts suggest, a full game is unlikely to happen tomorrow with chances of precipitation being 60%. The temperature will be around 16 °C.

The MCG pitch is batting-friendly, but interestingly, the teams batting second have struggled in the last season of this competition. Hence, the team winning the toss should opt to bat first.

Peter Siddle has recovered from his injury and has been included in the squad, but the decision on playing him will be taken before the match. Rashid Khan has left the Strikers for national duty.

Glenn Maxwell has struggled with consistency, when he gets going, Mad Max is hard to stop. He has scored 255 runs at a strike rate of over 150.

Marcus Stoinis has been more consistent off-late. He has scored 277 runs and has a strike rate of 160, even better than Maxwell’s.

Adam Zampa has caused a lot of trouble with his spin bowling. He has picked up 12 wickets, which is the most by any Melbourne Stars player.

Wes Agar is the highest wicket-taker for Adelaide Strikers, having scalped 17 wickets. Now that Rashid Khan is gone, the responsibilities on his shoulder will be doubled. 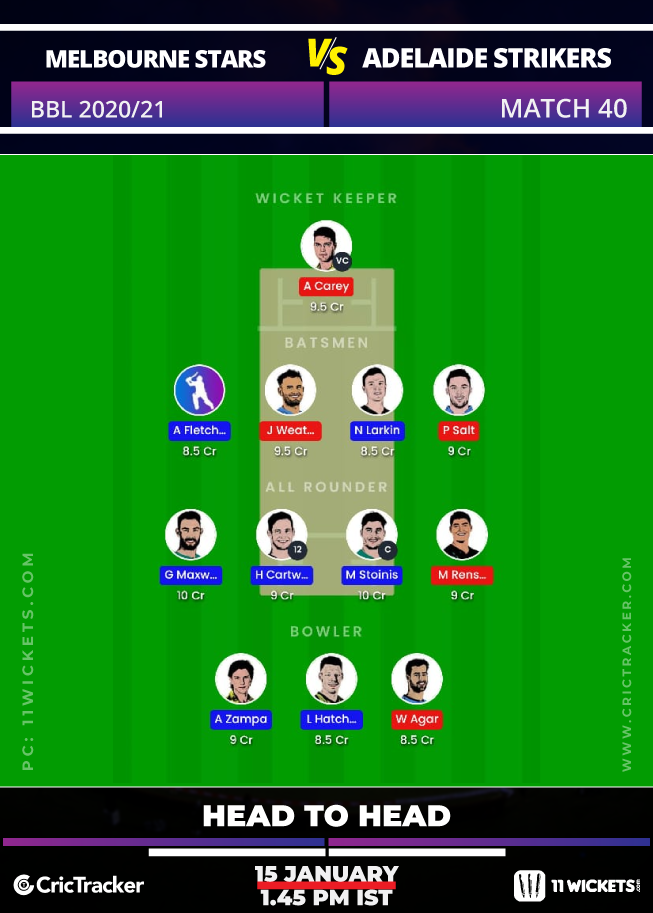 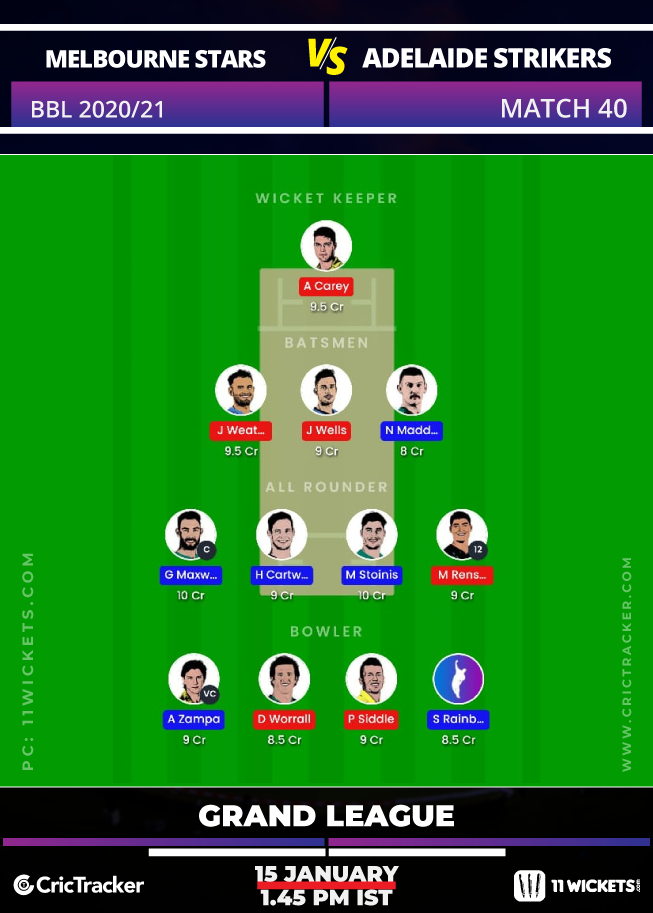 Given that the pitch offers significant help to the batsmen, you can afford to pick 4 batsmen in any one of both of your 11Wickets Fantasy teams.