Msida Warriors CC are expected to continue their great run of form going by beating the American University of Malta.

The 18th match of the ECS T10 Malta 2020 will be played between Msida Warriors CC and the American University of Malta at the Marsa Sports Club, Malta on Monday.

Msida Warriors CC will consider this as a wonderful opportunity to dominate the opposition and win their third consecutive match in the tournament. However, American University of Malta are expected to fight back hard and put up a good show in this game.

It will be sunny at Marsa Sports Club on Friday, with no chance of rain. The temperature will be around 19 degrees Celsius.

The pitch at the Marsa Sports Club is pretty much balance however, it slows down after the first half as we have seen in last matches chasing becomes difficult.

Also Read – ‘He promised to marry me, got me pregnant, beat me up’ – Babar Azam slammed with accusations from a lady

Zoheb Malek is the highest run-scorer of the tournament till now. He scored 91 runs at a strike-rate nearly 170 and also picked up a wicket in the three matches he played.

Rahul Nair is in brilliant form with both bat and ball in this tournament so far. He has scored 89 runs at a strike-rate of 149 and has picked up three wickets as well.

Shubham Patel is in decent form with the bowl for American University of Malta. He has picked up 5 wickets in the three matches he played.

Manuel Antony is the highest wicket-taker for his team so far. He has picked up 7 wickets in three matches he played.

Suggested Playing XI No.1 for MSW vs AUM Fantasy Cricket: 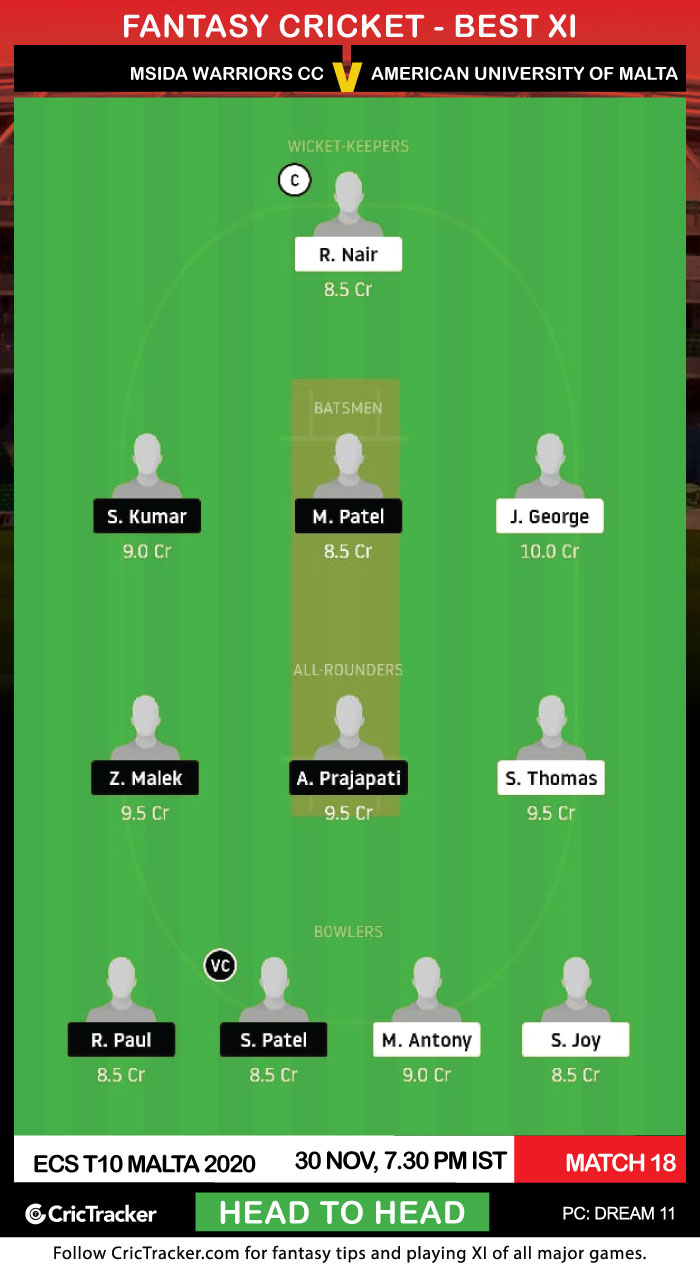 Suggested Playing XI No.2 MSW vs AUM for Fantasy Cricket: 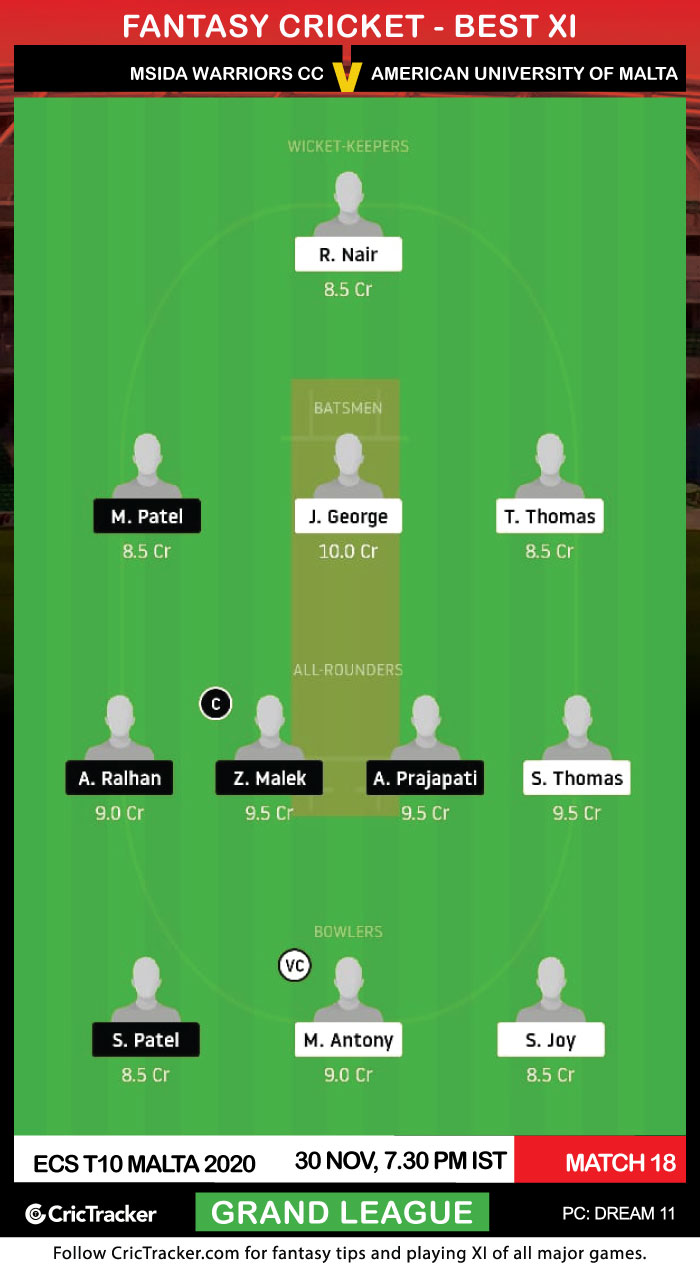 It is advisable to pick bowlers as a multiplier in one of your Dream11 Fantasy teams, as in the last few matches, we have seen that the pitch is helpful for bowlers.

Msida Warriors CC are expected to win this match.