Arnold Otwani can be a risky captaincy choice.

Namibia are playing T20I after almost one and year. Last time when they played T20Is was in ICC T20 World Cup qualifiers back in 2019. They finished third in the Group A standings. A lot of changes have been made to their squad in the last couple of years.

Meanwhile, Uganda toured Qatar in February 2020 and lost the T20I series by a margin of 2-1. They lost to Namibia in their last meeting by 42 runs. Uganda will need to make the best use of this series and make a mark in international cricket.

Live Streaming: On the official Facebook page of Cricket Namibia

It looks like an evenly poised surface with equal advantage for both batters and bowlers. Only 2 matches have been played here, where chasing have won both the games.

IPL 2021: Vijay Shankar not eyeing a comeback into the Indian team

Merwe Erasmus was the leading run-scorer for Namibia in the ICC Men’s T20 World Cup Qualifiers, scoring 268 runs in 9 matches at an average of 38.28. He also picked up 3 wickets with the ball.

JJ Smit was excellent with both bat and ball in the ICC Men’s T20 World Cup Qualifiers, scoring 190 runs in 9 matches at an average of 27.14 and he also picked up 16 wickets at an economy of 6.42 runs per over.

Frank Akankwasa was the leading run-scorer for Uganda when they toured Qatar last year, scoring 95 runs from 3 matches at a strike rate of 179.24. He picked up a wicket as well.

Ben Shikongo has played 11 T20I matches for Namibia and has picked up 7 wickets at an economy of 5.69 runs per over, with the best figures of 2/4.

Trevor Bukenya bowled reasonably well in the last tour against Qatar, picking up 3 wickets in 3 matches at an economy of 9.20 runs per over, with the best bowling figures of 2/19. 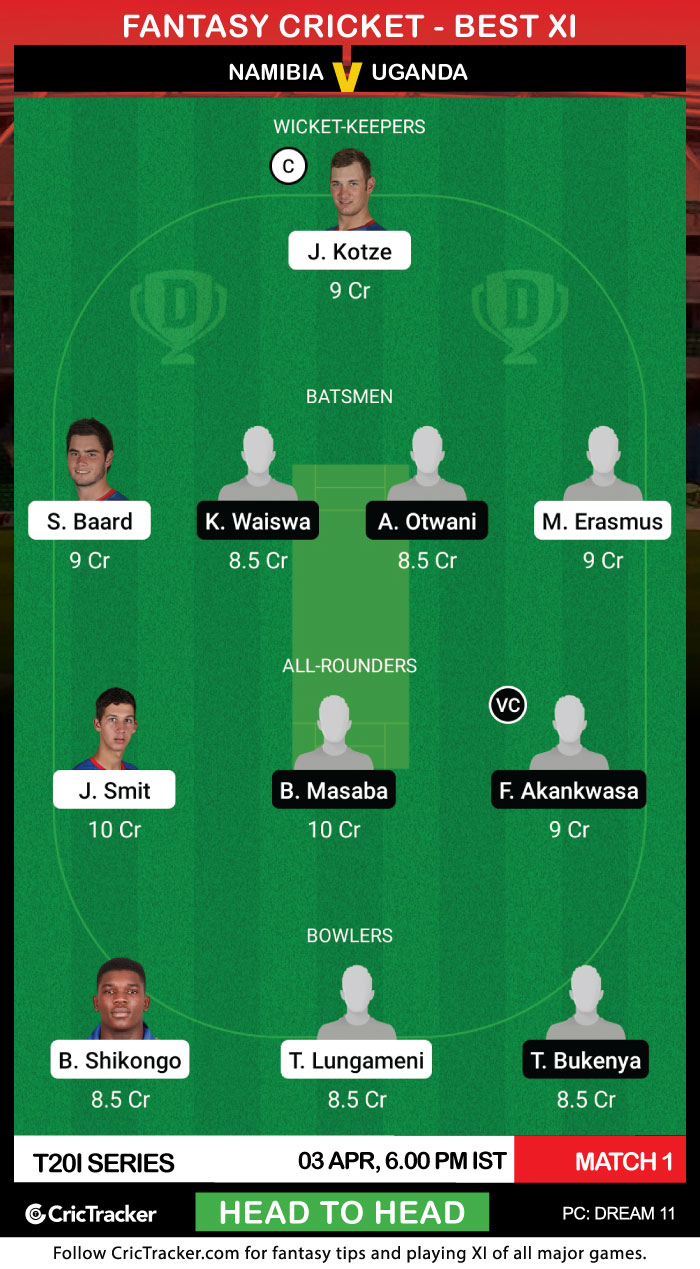 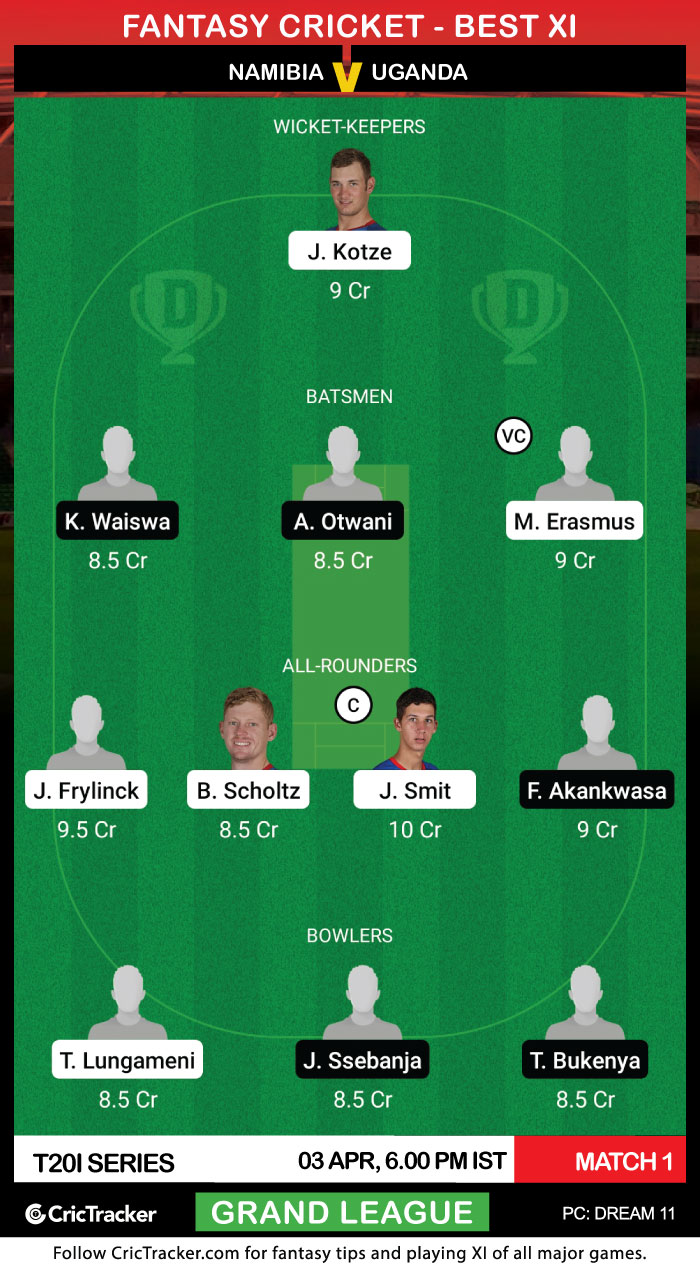 Bernard Scholtz has picked up 15 wickets in the ICC Men’s T20 Qualifiers in 2019. He has selected by only 9.44% of users for their Dream11 fantasy teams at the time of writing.

Arnold Otwani scored 52 runs in 3 matches at a strike rate of 110.63 in the last tour of Qatar. He has been selected by only 3.08% of users at the time of writing and can be a risky captaincy choice.

Roger Mukasa has scored only 63 runs in his 6 T20I matches and his strike rate is 63.63, which is way too less for the T20 format. You can avoid him while making for your Dream11 fantasy teams.