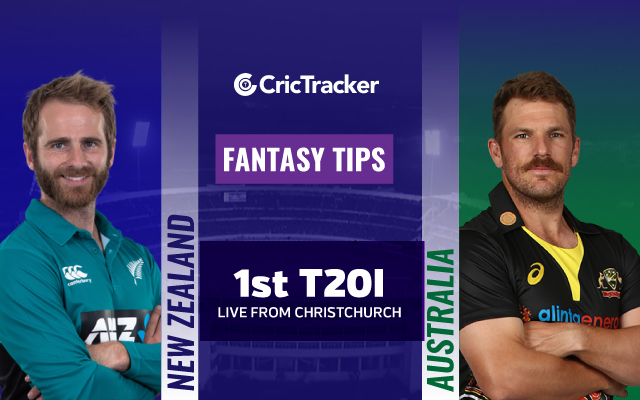 The 1st of the five-match T20I series between New Zealand and Australia will be played on 22nd February at Hagley Oval, Christchurch.

The Trans-Tasman rivals New Zealand and Australia will face each other in the five-match T20I series starting from February 22. Both the teams will be looking at trying a few players in this series given that there is a T20 World Cup in India this year. The Kiwis are at sixth place in the T20I Rankings and beating Australia will definitely help them. Australia, on the other hand, will also be looking to make use of these matches and most importantly, their skipper Aaron Finch is in need of runs after a poor run in the BBL.

It will be cloudy in Christchurch but there is no chance of rain interrupting the action in the middle.

Hagley Oval is not a batting strip at all. The surface will assist the pacers a bit and a score around 170 could be a decent score. The team winning the toss should opt to bowl first.

India vs England ODI series in Pune will have no crowds

Tim Seifert has been in great form having scored 176 runs against Pakistan in the T20I series at an average of 88. Kane Williamson is no doubt the top pick while Tim Southee also picked six wickets in two matches against Pakistan. Matthew Wade had a brilliant T20I series against India at home with scores of 58 and 80 while Glenn Maxwell will be keen on proving his abilities once again, more so after his recent IPL auction price.

Also Read ­– IPL 2021 auction is the best CSK have had till now: Gautam Gambhir 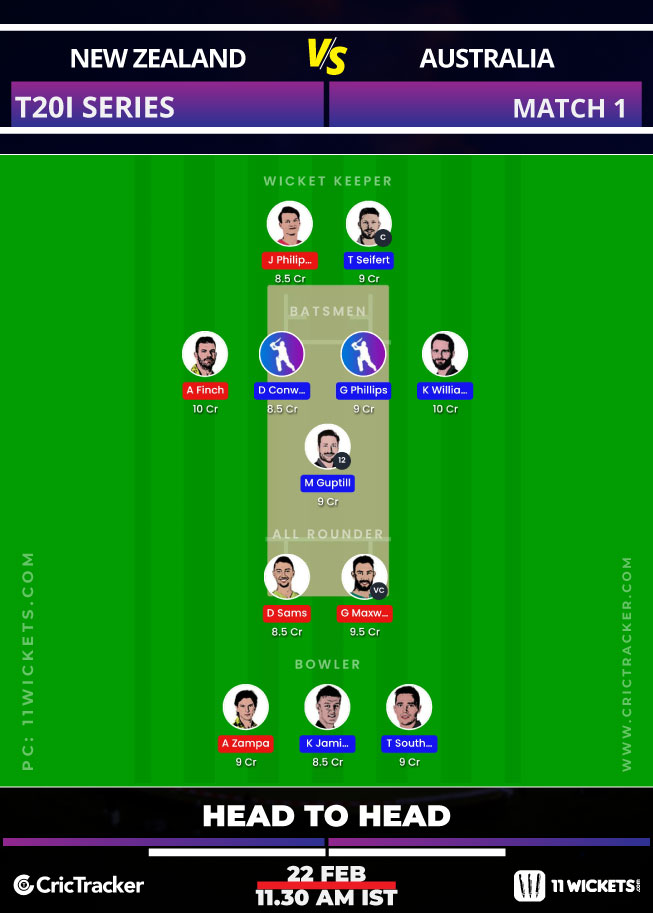 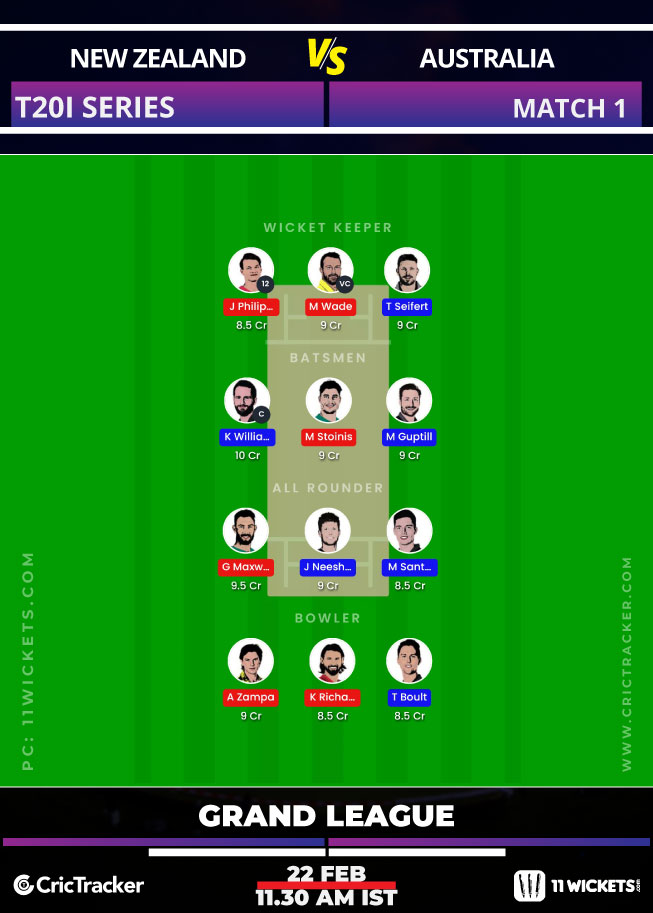 Seifert and Wade both are key players in the shortest format and it would be wise to have at least one of them in your Fantasy teams.