Martin Guptill can be banked upon his vast experience in this format of the game. 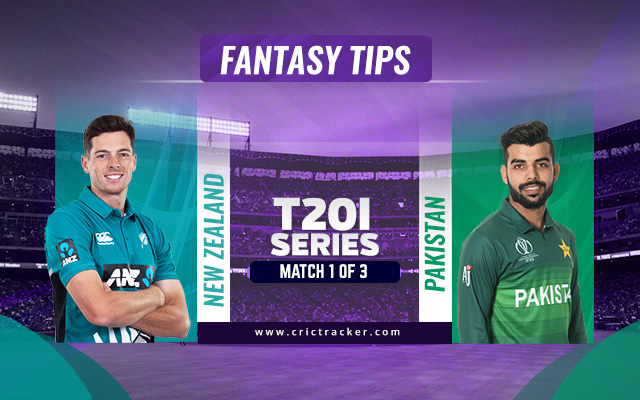 The Pakistan Cricket team will be taking on the New Zealand Cricket team in the first T20 International at Eden Park in Auckland.

The match is scheduled to start at 7:00 PM local time and 11:30 AM IST and the live streaming of this match is available on FanCode.

Pakistan is all set to start their tour of New Zealand with the first match of the three-match T20I series. The Pakistani cricket team had faced a lot of troubles from the time they landed in New Zealand. Initially, their team players breached the Covid protocols, then their team members were tested positive as a consequence, and to make things worse, Babar Azam, their regular skipper got injured and will not be taking part in the T20Is.

New Zealand on the other hand is back from a whitewash they handed to the West Indies in the test series. But they too have a few woes to overcome. They will be hoping that their skipper Kane Williamson is all set to back with the team as he too is sitting out owing to an injury.

It will be an ideal day for T20 Cricket, with the temperature around 20 degrees celsius and with no chances of a downpour.

The pitch here will be a batting paradise. Anything around 180 isn’t safe and teams winning the toss will be looking to chase without any second thoughts.

Shadab Khan is nursing a groin injury and is doubtful for this game. The decision on whether to play him or not will be taken on Friday. Babar Azam has a fractured thumb and will be out for at least a couple of weeks.

Devon Conway was in brilliant rhythm in the recently concluded T20I series against the West Indies. He scored 106 runs in 3 matches, striking at around 160.

James Neesham didn’t get many opportunities in the previous T20I outing against the Windies. In the only opportunity he got, he scored 48 at a strike rate of 200 and also chipped in with a wicket.

Martin Guptill can be banked upon his vast experience in this format of the game. 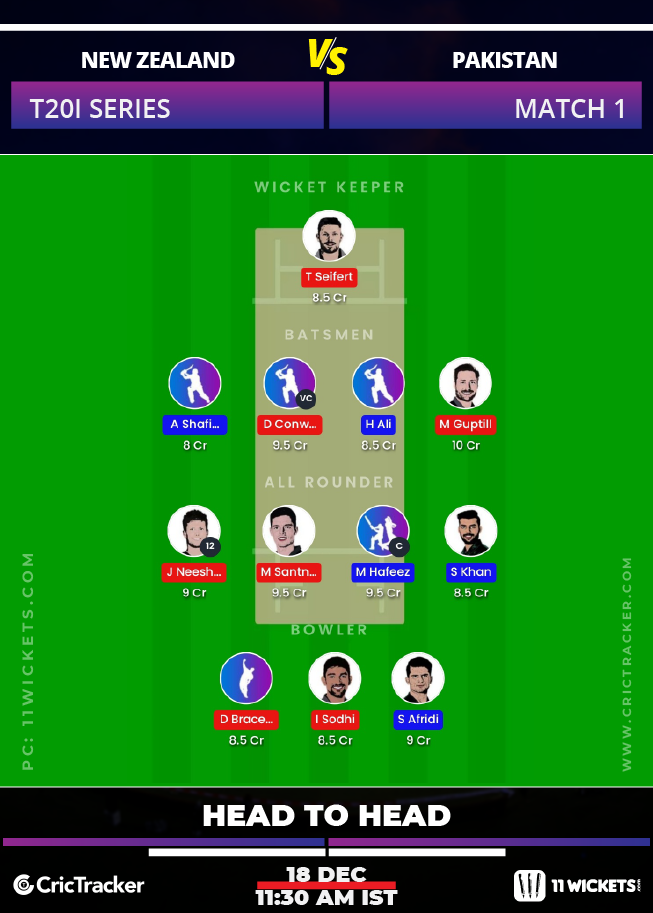 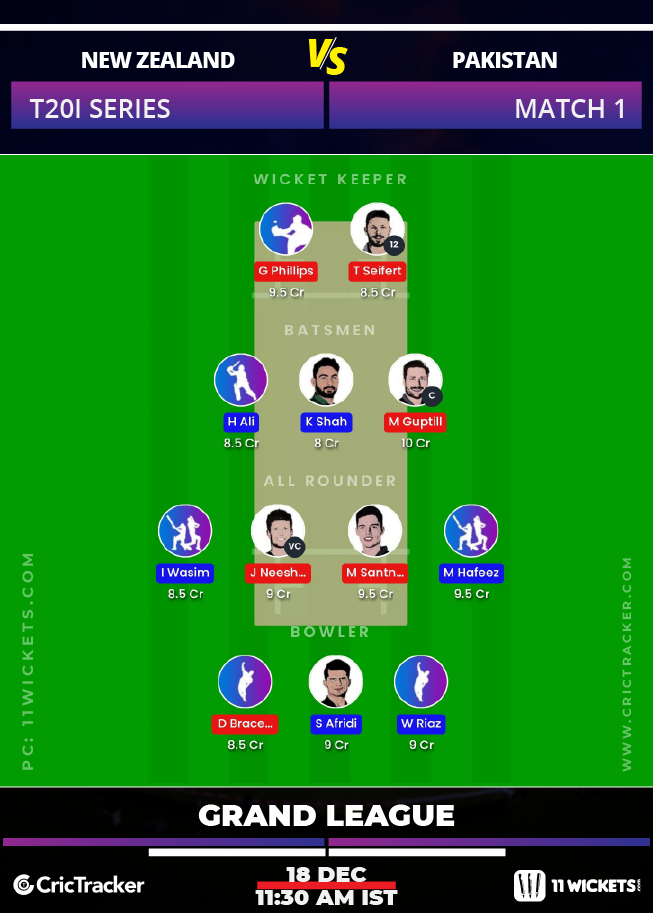