New Zealand are expected to make a clean sweep by beating West Indies 3-0. 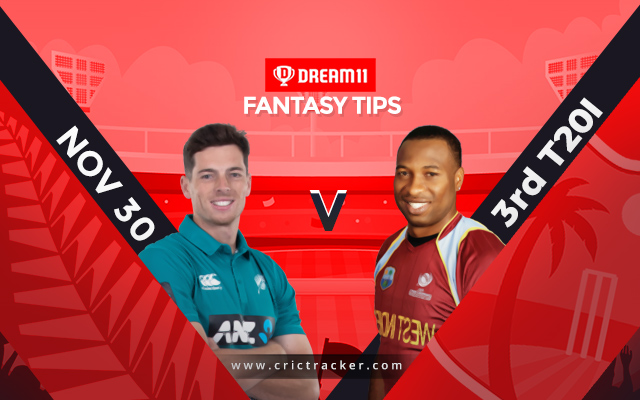 The 3rd match of the T20 International Series between New Zealand and West Indies will be played at the Bay Oval Ground in Mount Maunganui.

Having won the first two games, New Zealand have already taken an unassailable lead in this series. They have won both of their first two T20Is against West Indies. The first match was close and New Zealand needed a spirited effort from the batsmen to script a win.

However, the second T20I was far more comfortable for them. New Zealand scored a mammoth 238 in their 20 overs. West Indies needed a miracle from their batsmen, but what they got instead was below par. The men from the Caribbean could only muster 166 runs. Their aim will now be to avoid a whitewash at any cost.

The temperature is expected to be around 18 Degrees Celsius. However, the bad news for fans of cricket is that the chances of precipitation are 70%.

The pitch is favouring the batsmen, and so is the size of the ground. Overall, anything less than 190 should be considered as a poor total in this ground.

Lockie Ferguson has troubled the Caribbean batting unit with his raw pace. He has picked up 6 wickets and has an extraordinary economy rate of slightly over 5 runs per over.

Devon Conway has been in sublime touch with the bat in this series. He has scored 106 runs at a strike rate of over 160.

Kieron Pollard has led his team from the front. He has scored 103 runs at a brilliant strike rate of almost 200 and has also picked up 2 wickets.

Oshane Thomas is the only West Indian bowler who has been able to keep the Kiwi batters under control. He has picked up 3 wickets and has an economy rate of under 10 runs per over. 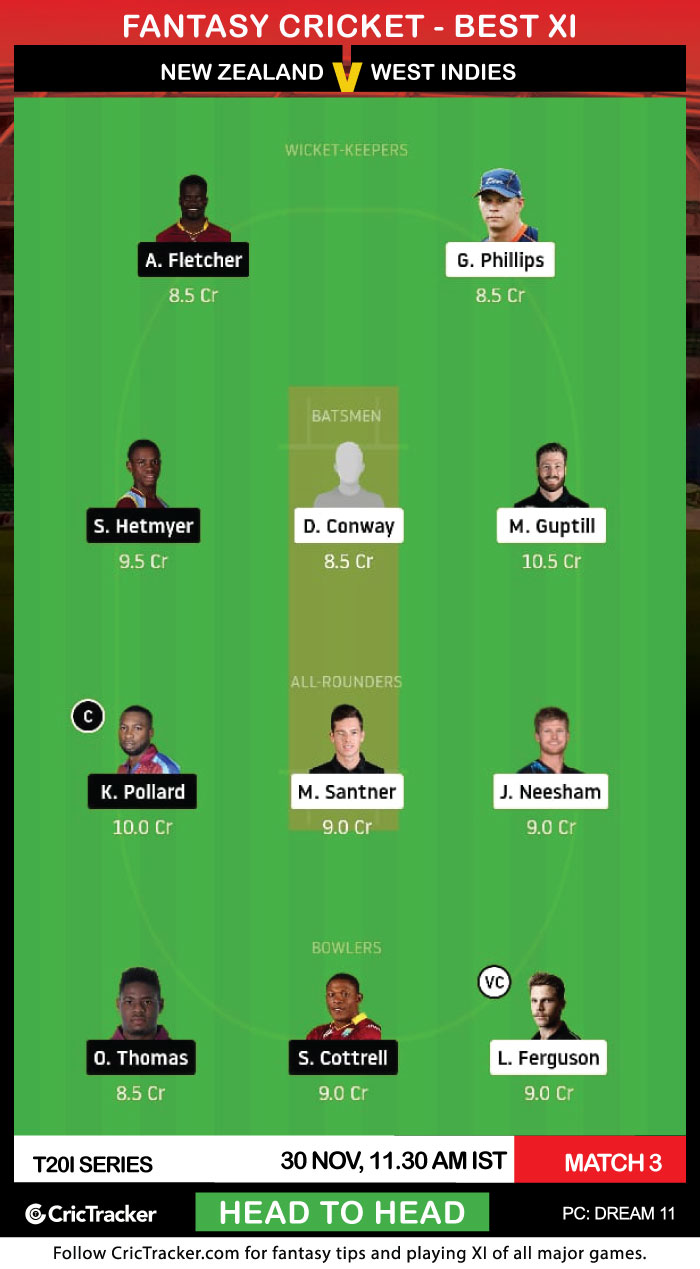 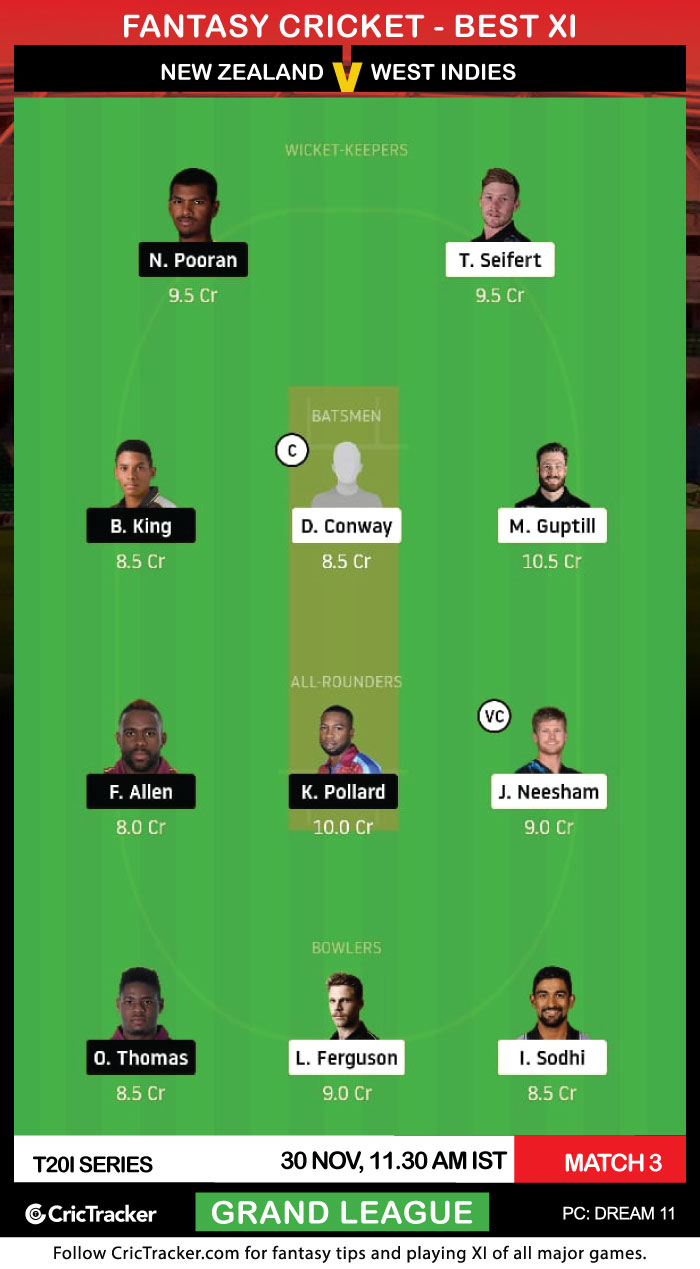 James Neesham scored 48 runs in the only time he got to bat. He can also be effective with the ball and has picked up a wicket. Hence, he can be a decent vice-captaincy pick for any one of your Dream11 Fantasy teams.