Maddy Green is a player you should give a miss while picking your team.

New Zealand Women have lost their two previous ODI series against Australia Women and England Women by margins of 3-0 and 2-1 respectively. It is now time to move on from that and regroup themselves to face the mighty Australians.

Australia Women are playing ODI after a long gap of 5 months. In the last time they played against New Zealand Women, they won convincingly by a 3-0 margin. They would want to repeat similar performances in this series as well.

The surface favours the batswomen more than the bowlers. The team batting first will have a good advantage on this venue and we can expect a high-scoring encounter.

Amy Satterthwaite scored the most runs for New Zealand Women in the previous series against England Women. She scored 135 runs in 3 matches at an average of 67.5, with the highest score of 119*.

Amelia Kerr had a good last series against England Women, scoring 87 runs from 3 matches at an average of 43.5 and picked up 4 wickets with the best figures of 4/42.

Jess Jonassen picked up most wickets in the last series against New Zealand Women. She scalped 8 wickets in 3 matches at an economy of 3.35 runs per over, with the best figures of 4/36.

Jess Kerr picked up 3 wickets in 2 matches in the last series against England Women. Overall in her short career, she has picked up 5 wickets in 4 matches.

Megan Schutt managed to pick up 5 wickets in 3 matches in the last series against New Zealand Women. Overall in her 62 ODI matches, she has scalped 92 wickets at an economy of 4.22 runs per over.

NZ-W vs AU-W Must Picks for Dream11 Fantasy Cricket: 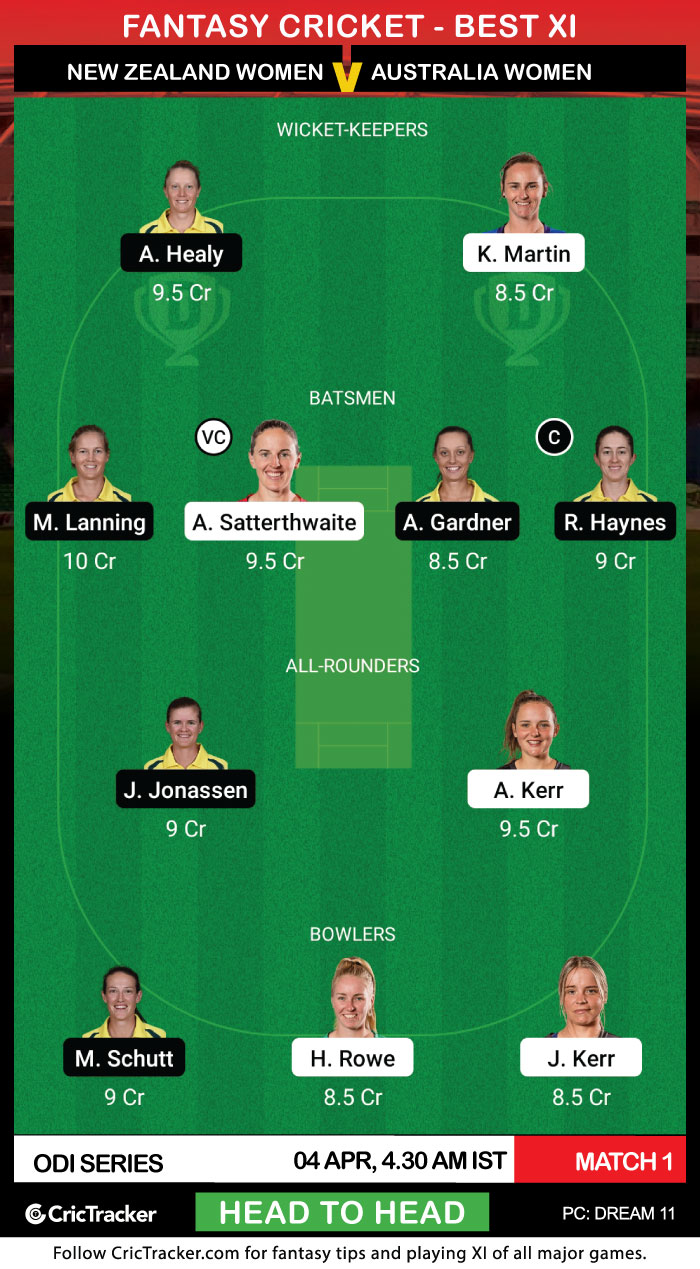 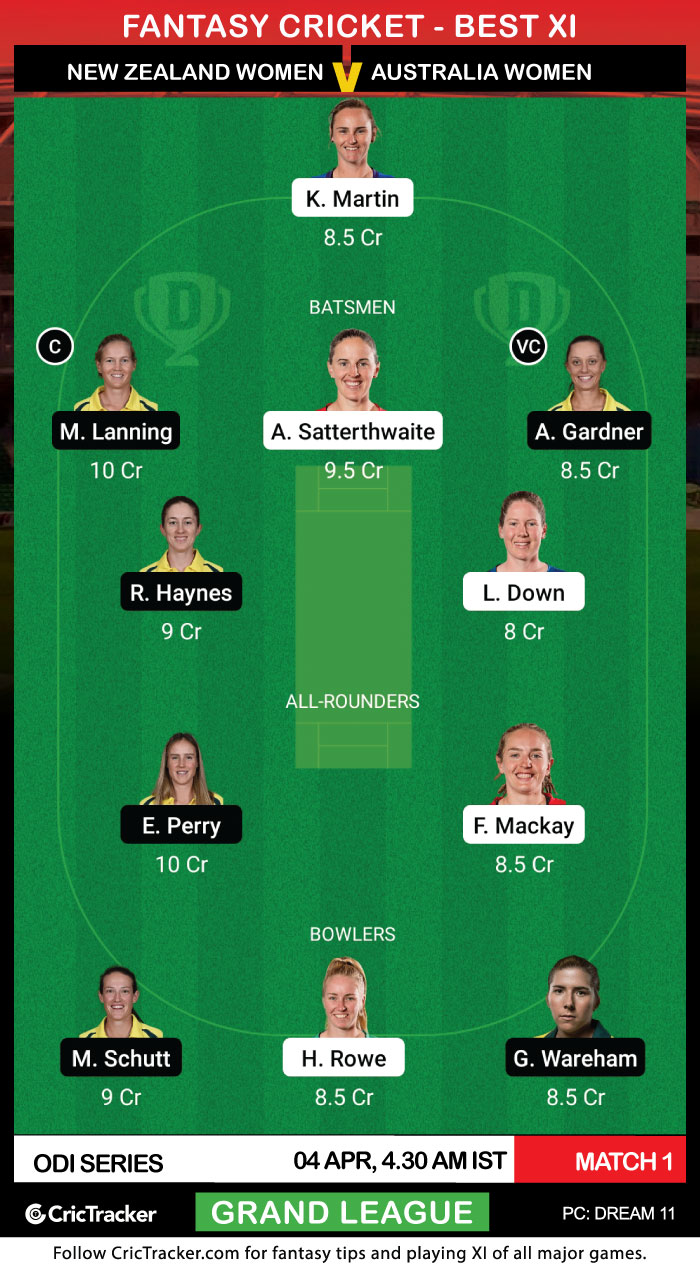 Katey Martin has scored 31 runs in her last 2 matches. She generally bats in the middle order and has scored 1455 runs in 77 innings. She can be a risky captain to pick.

Ellyse Perry hasn’t bowled much after coming back from injury, which is why not many people have made her their captain. She can be a differential in this regard.

New Zealand Women’s batswoman Maddy Green has only scored 67 runs in her last 5 matches. Owing to her bad form, she is a player you should give a miss while picking your team.