Pakistan last played an ODI series in mid-2021 against England.

After the historic Test series win for Australia, the action now shifts to the limited-overs as Pakistan will be hoping to seek revenge. The men in green last played an ODI series during last year’s visit to England in June and since then, it has been all either T20 internationals or Tests. Their top four is likely to do the bulk of the scoring as they have been in really good form while the bowling department looks really strong.

On the other hand, Australia will be missing a lot of experienced campaigners in the form of David Warner, Steve Smith and Glenn Maxwell in the batting order while Mitchell Marsh is likely to be unavailable as well due to injury. The bowling looks relatively inexperienced but the men in yellow can never be counted out as they will always be up for a fight. The spin department looks formidable with Adam Zampa and Ashton Agar in the ranks.

The Gadaffi Stadium in Lahore is expected to assist the spin bowlers and both teams will be keen to add an extra spinner to their bowling department. The captain that wins the toss is likely to bowl first considering the dew factor that will come into play later on the day.

Skipper Babar Azam will have a big role to play in the ODI series and he has regained some form in recent Tests as well. The right-hander has phenomenal numbers in the format and can take the side home single-handedly. He has all the shots in the book and applies a lot of pressure against the bowlers by finding the gaps continuously. It won’t be a surprise if he ends up as the highest run-getter in the series.

Shaheen Afridi has the ability to move the ball both ways and his vicious in-swinging deliveries at good pace have always been difficult to deal with. The left-arm seamer has started his international career with a bang and is among the best bowlers going around at the moment in the world. He will be a delight to watch with the new ball. 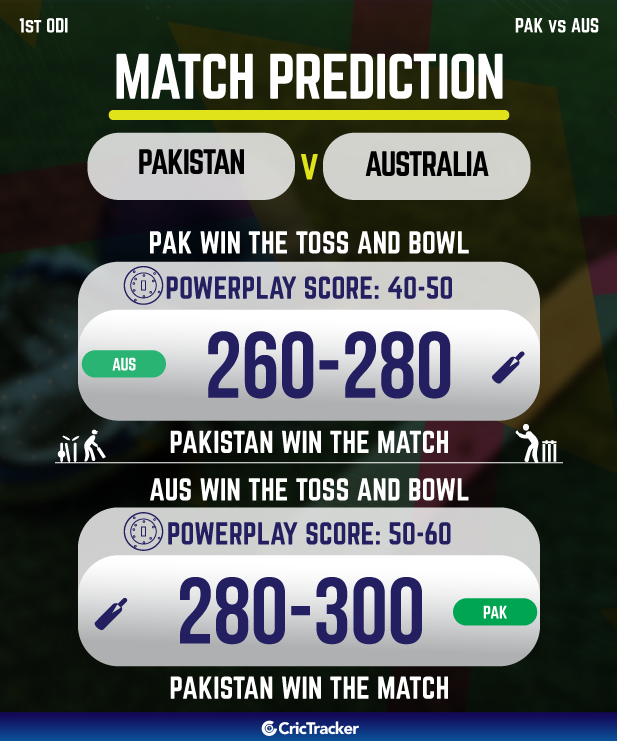