Catalunya Tigers CC are expected to end their campaign on a high by beating Pakcelona CC.

The 52nd match of the ECS T10 Barcelona 2020 will be played between Pakcelona CC and Catalunya Tigers CC at the Montjuic Ground, Barcelona on Wednesday.

This match is scheduled to start at 8:00 PM IST and it will be streamed live on FanCode.

The final Group A match of the ECS T10 Barcelona tournament will take place between Pakcelona CC and Catalunya Tigers CC. Neither team has a chance of qualifying for the next round. Hence, their aim will be to end their respective campaigns on a high by registering a victory.

Pakcelona CC have played six matches in the competition, winning only two of them. On the other side, Catalunya Tigers CC have two wins in five games this year. Catalunya Tigers CC will play a match just before this fixture, so they will aim to register two wins on a trot and sign off on a grand note.

The skies will remain overcast during the match time in Barcelona. The temperature will loom around 20 degrees Celsius. Overall, it will be a good atmosphere for a cricket match.

The pitch has been great for batting lately. Teams batting first have consistently crossed the 100-runs landmark on this ground.

128 (All the games played at this venue in this tournament)

Bangladesh series in question as Zimbabwe suspends all sporting events

Shahzad Khan has been one of the most consistent players for Pakcelona CC. He has picked an average of 1.3 wickets in six matches, at an economy rate of 7.80 runs per over. Also, he has scored some vital runs for his team.

Davinder Singh Kaur has scored 96 runs in 4 matches at an average of 24. His strike rate has been 177.77 in this competition so far.

Muhammad Kashif has scalped 7 wickets in 5 games. He has been the strike bowler for Catalunya Tigers CC.

Ishtiaq Nazir has a batting average of 21.70 in six matches. His strike rate has been 144.4 with the bat. 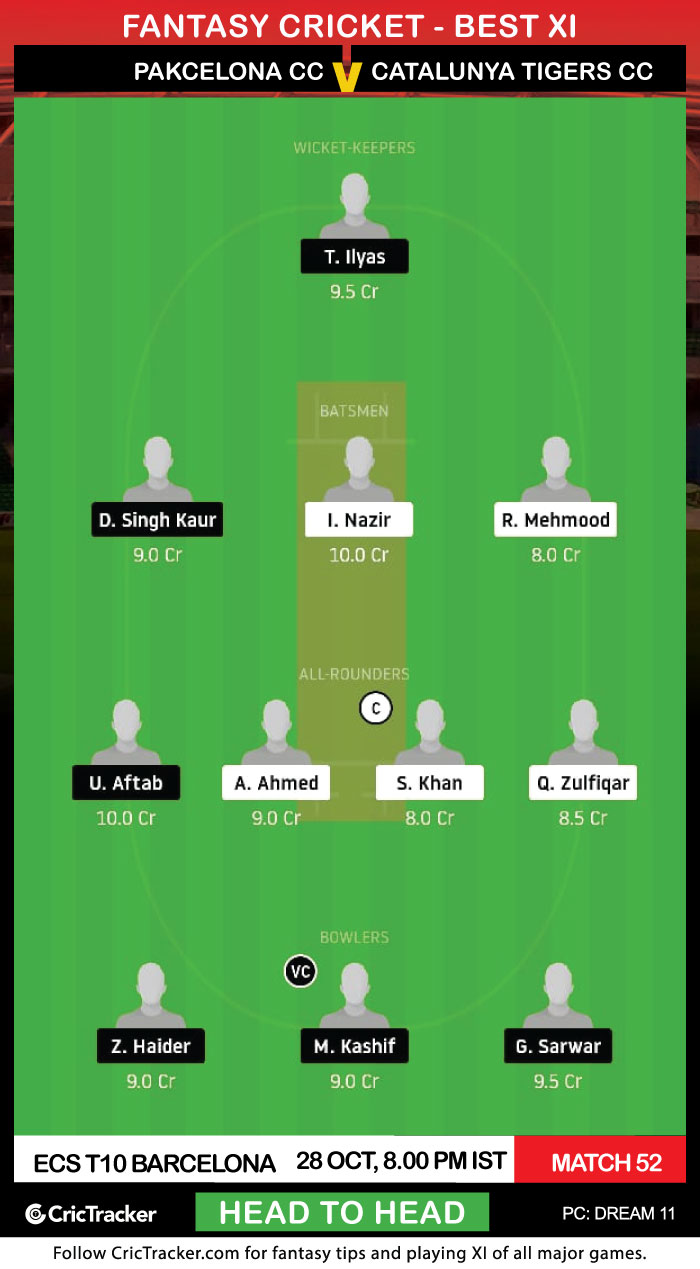 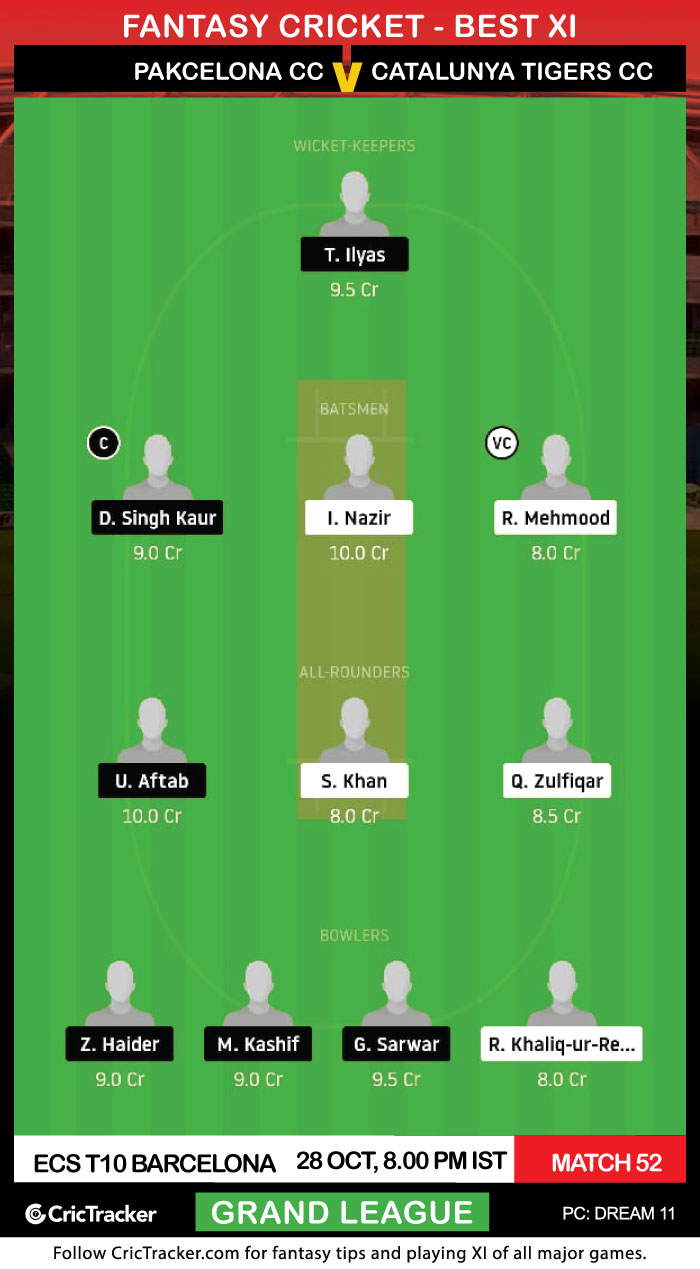 Rameez Mehmood has scored runs at an average of 19.2 in 6 matches of the ECS T10 Barcelona tournament. He can be a good differential pick in your Dream11 Fantasy team.

Catalunya Tigers CC are predicted to win this match.