Pak Montcada CC are expected to get back to winning ways by beating a struggling Hira CC Sabadell side.

The 39th match of ECS T10 Barcelona will be played between Pak Montcada CC and Hira CC Sabadell at Montjuic Ground, Barcelona.

The game is scheduled to begin at 04:30 PM IST and will be streamed live on FanCode.

With just one in four matches, Hira CC Sabadell will be keen to build a winning streak in the ECS T10 Barcelona to ensure that their campaign stays alive. So far, they have been outplayed by their opponents in Group A and their net run rate of -2.136 highlights that. They will face a tough challenge against Pak Montcada CC in their fifth fixture.

Pak Montcada CC have had an average season so far. They have played only two games, with one win and one loss to their name. They still have enough games and are expected to finish at the top half of the points table.

There are no predictions for rain during the game time in Barcelona. The temperature will stay around 22 degrees Celsius, with the humidity expected to be 51%.

The wicket in Barcelona has been a batting paradise. The teams batting first have frequently touched the three-digit mark in 10 overs, highlighting the batting-friendly nature of the pitch.

130 (Last five games played at this venue in this tournament)

MS Dhoni shouldn’t be batting lower than No.5: Ajit Agarkar

Asjad Butt played a brilliant knock of 30 runs in the match against Catalunya CC. He slammed two fours and as many sixes in his knock.

Bakhtair Khalid has been the best batsman for Hira CC Sabadell so far in this competition. He has an average of 29.8 in four matches, with his strike rate being 208.77.

Ibrar Hussain has been the top performer for Pak Montcada CC. In the last two matches, he has scalped six wickets.

Shanawar Shahzad might not have been very good with the bat for Hira CC Sabadell, but his wicket-taking abilities make him a top pick for this contest. 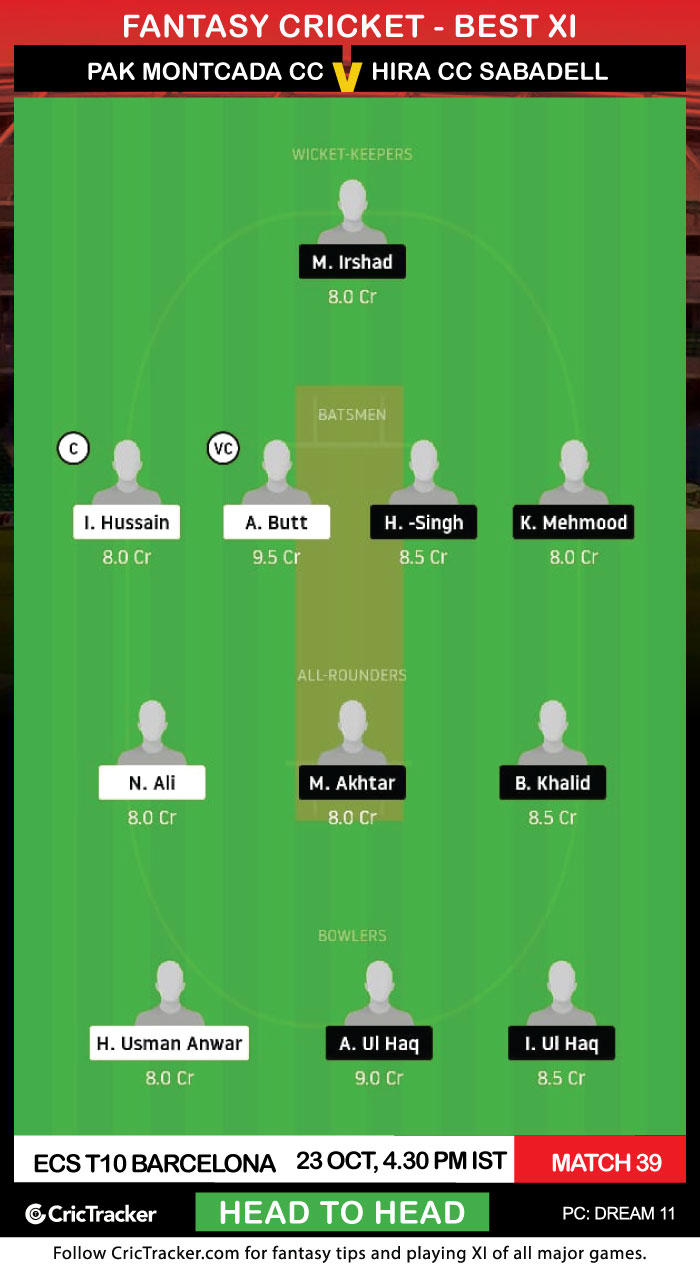 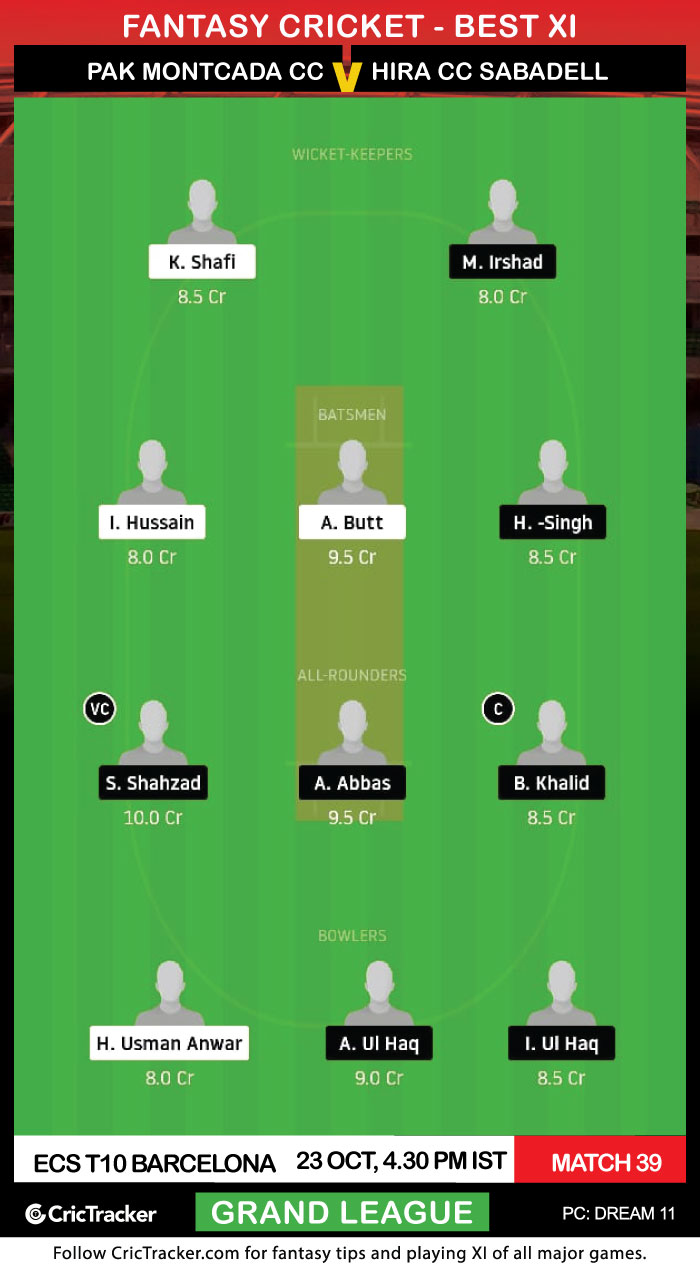 All-rounder Adnan Abbas picked up two wickets against the Men in Blue CC. He can prove to be an X-factor because of his wicket-taking abilities. At the time of writing, only 19.99% Dream11 fantasy players had him in their team, so it is advisable to pick him as a differential.

Pak Montcada CC are predicted to win this match.