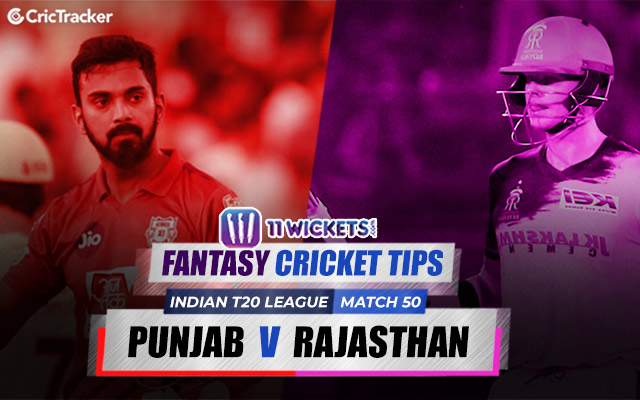 The 50th match of the Indian T20 League 2020 will be played between Punjab and Rajasthan at the Sheikh Zayed Stadium in Abu Dhabi.

After losing a string of matches in the first half of the league stage, Punjab have been on a roll, winning matches on the trot and making their way back into the contention for the playoffs. They were pitted at the bottom of the points table for a considerable amount of time, but have now risen to the 4th spot, staging a great comeback.

Rajasthan, on the other hand, have had an on and off-season so far and are just on the brink of missing out for a place in the top 4 at the end of the league stages. In their last match, Rajasthan emerged out to be the victorious. But, in this match, scoring a win would be a difficult task for them as Punjab would be putting in all of their efforts to get to a win.

The weather in Abu Dhabi will be clear on the match day, as the skies will have no cloud cover and temperature will be hovering around the 29 degree Celsius mark.

The pitch at the Sheikh Zayed Stadium, in its past few matches, has favoured the bowlers, with some amount of help for the batsmen too, increasing a little over time. The batsmen would find it easier to bat in the second innings of the match.

Rahul Tewatia (8.5 credits) – Rahul Tewatia in this season of the Indian T20 League has played in 12 matches so far and has scored 224 runs and has taken 7 wickets too.

Murugan Ashwin (8 credits) ­– Murugan Ashwin, in the 7 matches that he has played in, has taken 9 wickets at an economy rate of 7.44 runs per over.

Ravi Bishnoi (8.5 credits) – Ravi Bishnoi has taken as many as 12 wickets in the 12 matches he has played in so far while maintaining an excellent economy rate of 7.20 runs per over. 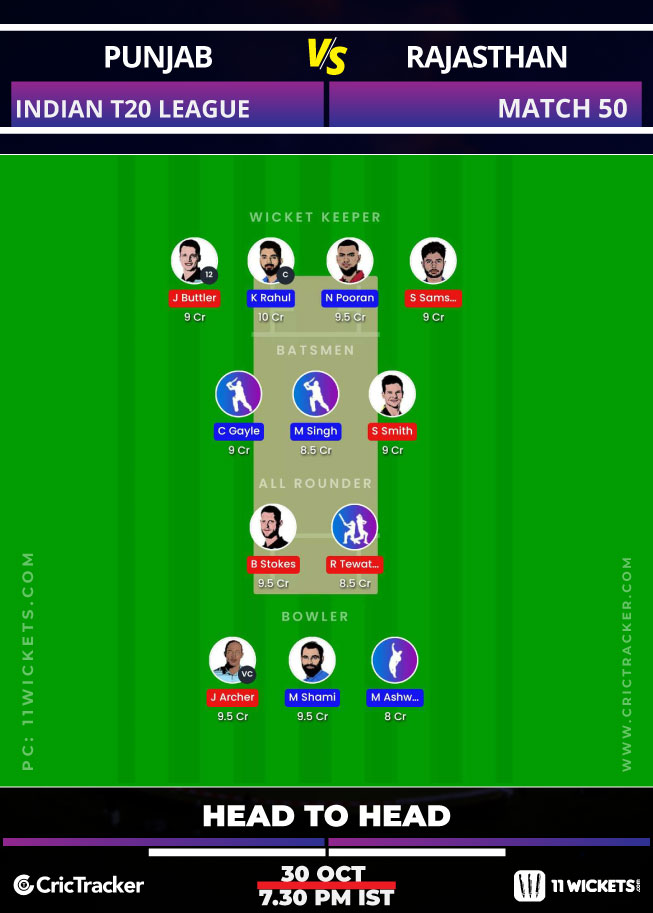 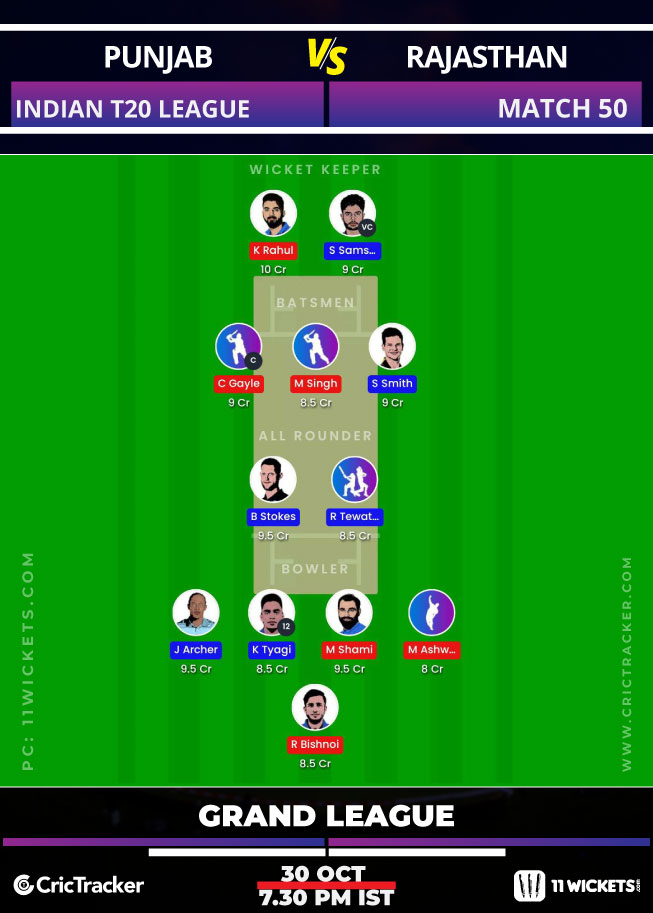 The wicket-keepers of the teams playing in this match are in great form so far, so you can go in with as many as three wicketkeepers in your team. And, the third of them can be Nicholas Pooran.