Dwayne Bravo and Harry Gurney are part of the BBL

The runners-up of PSL 2018, Peshawar Zalmi will enter into the field for the first time in the new edition on Friday. In the second game of the doubleheader on the weekend, they will be taking on the Quetta Gladiators. These are still early days in the tournament and both the teams will have a lot to work upon. Since the look of the teams has changed, figuring out the right combinations is important.

It is the teams which find out their best eleven the earliest that succeed in the first half of the league stages. This gives them an edge going into the closing phases as they’d have already struck the right chord early on. Both these teams will be looking to do exactly this and add two important points to the tally.

The 3rd match of the Pakistan Super League (PSL) 2019 will be played between Peshawar Zalmi and Quetta Gladiators at the Dubai International Cricket Stadium.

The game will be live on D Sports in India.

The pitch has got enough on offer to keep everyone interested. It is likely to be an even contest between the bat and the ball. Teams chasing have found more success in recent times.

Dwayne Bravo and Harry Gurney are part of the BBL and are expected to join the team next week. Sunil Narine is injured. 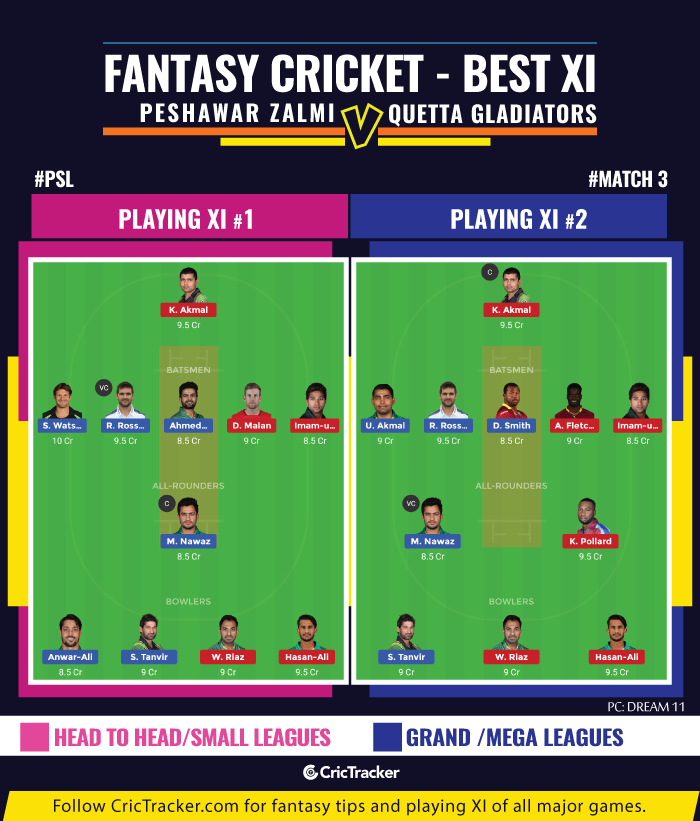 The prediction is that the Quetta Gladiators will win the match.