Test out your luck. 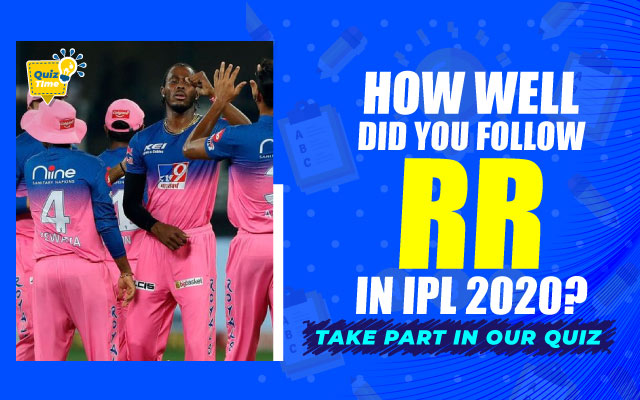 The way Rajasthan Royals began the 2020 Indian Premier League (IPL), not many would have dreamt of them finishing the tournament with a wooden spoon. In the very first match, they smashed a 200+ total and defeated the Chennai Super Kings who was fresh of a win against the defending champions Mumbai Indians. In the very next match, the Royals chased down Kings XI Punjab’s total of 223/2 to record the highest successful run-chase in the history of IPL.

From there on, it was a struggle for the Rajasthan franchise with both bat and ball. The stars in the first two matches, Sanju Samson and Steve Smith began to register single digits. These failures ensured the Rajasthan Royals getting called Sharjasthan Royals on social media due to their no success outside Sharjah. However, the Royals kept their playoff chances alive with wins against Chennai Super Kings and Sunrisers Hyderabad in the middle of the league phase but found themselves in a do-or-die situation towards the end.

When RR needed to win each of their last three matches to stay in the playoff race, Ben Stokes smashed an unbeaten century against the Mumbai Indians. Stokes recorded the highest individual of Rajasthan Royals in the IPL with which he helped the Royals register the highest successful chase for any side in IPL against MI. This was also the biggest defeat for the IPL 2020 champions, the Mumbai Indians. Stokes followed it with an all-round performance against Kings XI Punjab and won man of the match award in successive games.

A huge defeat in the last league game against KKR pushed the Royals to the bottom of the table. Had they won the same game by a big margin, the Royals could have been in the playoffs ahead of the RCB team. Nevertheless, Royals became the first team in the IPL to earn a wooden spoon despite winning as many as six matches. Their all-rounder Jofra Archer won the MVP award of IPL 2020 with his all-round performances. Jofra bowled many devastating new-ball spells and also contributed with the bat.

Test out your luck