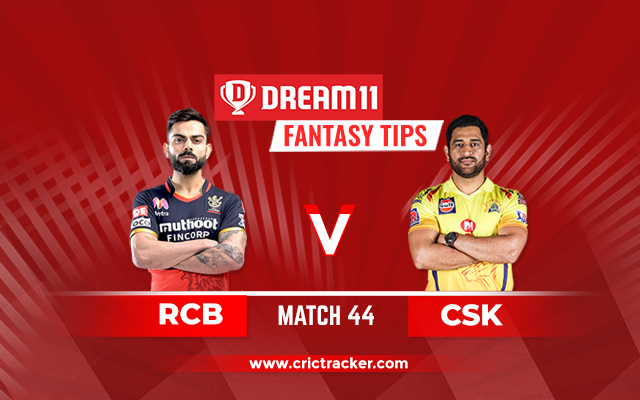 The 44th match of the Indian Premier League (IPL) 2020 will be played between Royal Challengers Bangalore and Chennai Super Kings at the Dubai International Cricket Stadium, Dubai.

The Royal Challengers Bangalore (RCB) have been brilliant this season and it has been an excellent turnaround for them. They won 7 out of 10 games already and with 4 more games to go in the league stages, Virat Kohli and his men will look forward to getting a firm hold on one of the top two spots. In their next match, RCB will be taking on the Chennai Super Kings (CSK).

CSK has had a torrid time this season. Nothing seems to be going right for them and none of their players really stood apart except for Faf du Plessis and Sam Curran. In their last game, the Mumbai Indians (MI) absolutely annihilated them first with the ball and then with the bat resulting in a 10-wicket loss for MS Dhoni and his men. Already out of the tournament, CSK has got nothing to lose at this stage and should look to come hard at RCB.

The Sunday afternoon will see temperatures ranging around 32-33 degrees Celsius. Moreover, it will be quite windy as well.

There is some swing on offer for the pacers for the first two or three overs. It is during that phase when teams should look to make the early inroads. Batting second seems to be preferred as we are progressing towards the end of the tournament.

Virat Kohli has engineered his way to 365 runs in 10 games this season at an average of 61 and even registered two half-centuries.

Faf du Plessis has been a pillar who stood strong for his team this season. The former Proteas skipper scored 376 runs in 11 matches thus far.

AB de Villiers batted in 9 innings thus far in the tournament and scored 285 runs at an average of 57.

Yuzvendra Chahal picked up 15 wickets in 10 games and has been the most important bowler for RCB this season.

Chris Morris accounted for 9 wickets in 5 games and has been brilliant for RCB.

Sam Curran scored 173 runs in 10 innings and even picked up 10 wickets. He has been one of the best players for CSK this season. 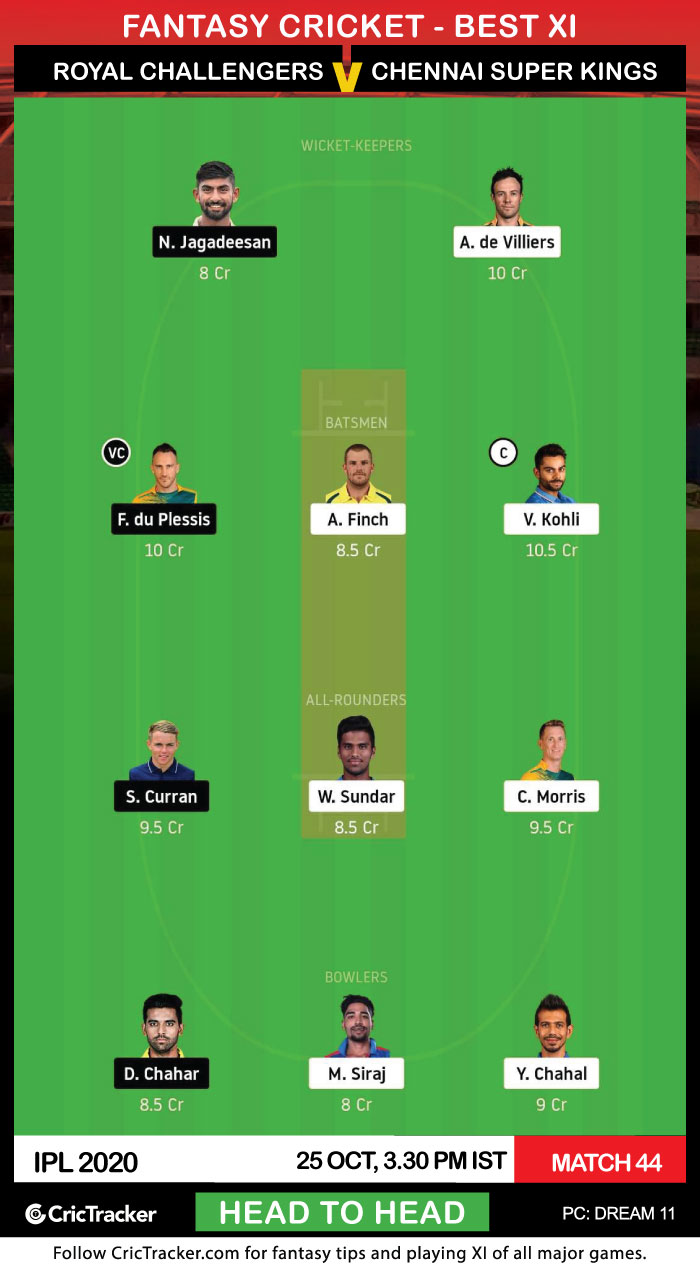 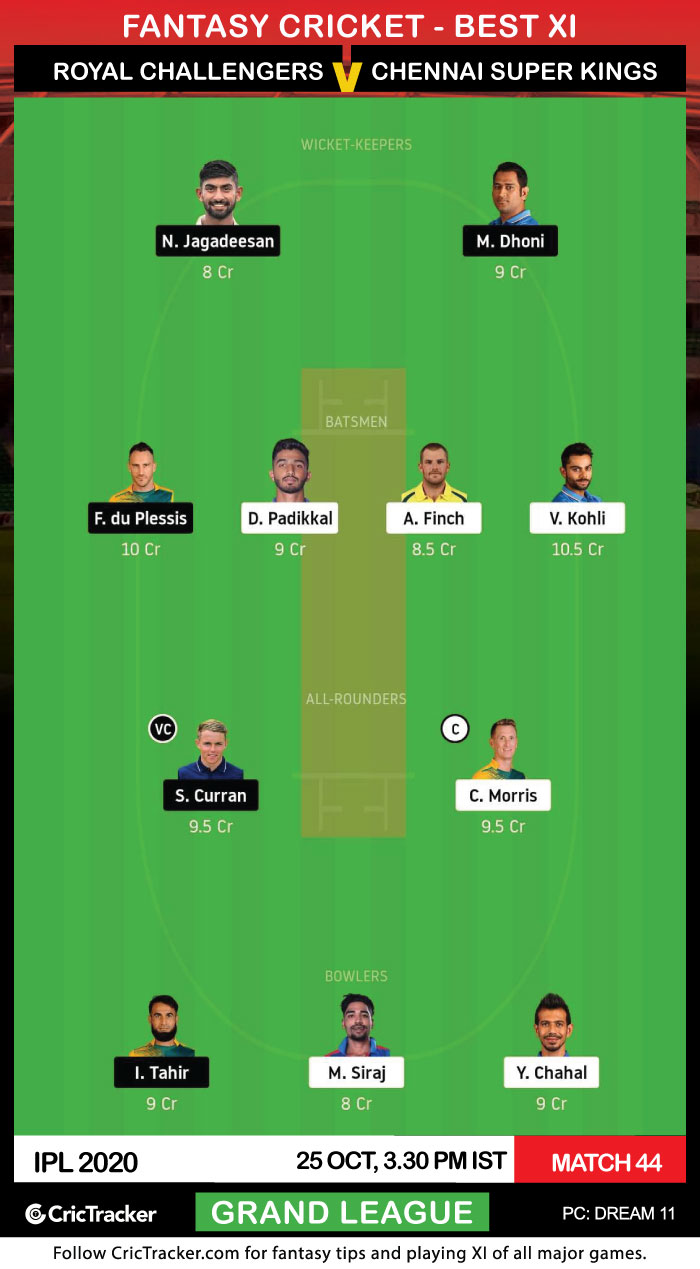 Sam Curran has been the stand-out player for CSK this season and has done well in the last game as well. Thus, he is picked as the vice-captain in the Grand League team.

Royal Challengers Bangalore are predicted to win this game.