Can AB de Villiers and Virat Kohli get the better of Delhi Capitals once again? 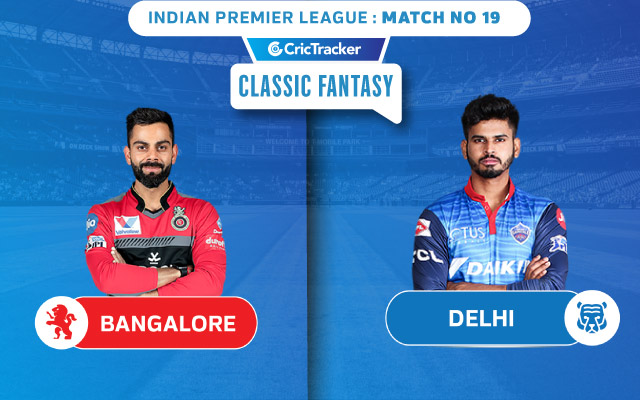 After three successive high-scoring matches over the doubleheader weekend, the Royal Challengers Bangalore takes on Delhi Capitals in the 2020 Indian Premier League (IPL) on Monday. The Dubai stadium will be hosting this fixture which has seen some of the big totals despite the long boundaries at the venue. The presence of Virat Kohli, AB de Villiers, Rishabh Pant, Yuzvendra Chahal and Kagiso Rabada makes the game a special one.

Schedule logistics around RCB vs DC

Mumbai Indians play against Rajasthan Royals tomorrow and against later during the weekend. Hence, MI players from Sunday’s doubleheader can be saved. Kings XI Punjab and Sunrisers Hyderabad don’t play until Thursday and hence their players can be excluded.

Who could work in RCB vs DC?

AB de Villiers and Virat Kohli have scored runs at an average of 60+ in the IPL against the Delhi franchise. Hence, the two players will be important in the fantasy team. Rishabh Pant and Kagiso Rabada are minimum guarantee players. Rabada has taken 26 wickets in his last 11 IPL matches while Pant has been scored 20+ every time he has got batting this season to go along with his keeping. Prithvi Shaw, Devdutt Padikkal, Harshal Patel and Isuru Udana are alternatives for this fixture.

Safe team for RCB vs DC

Virat Kohli and AB de Villiers are picked as captain and vice-captain giving respect to their record against Delhi Capitals. Including Prithvi Shaw will also be a useful option who can make most of Nortje and Rabada’s pace. 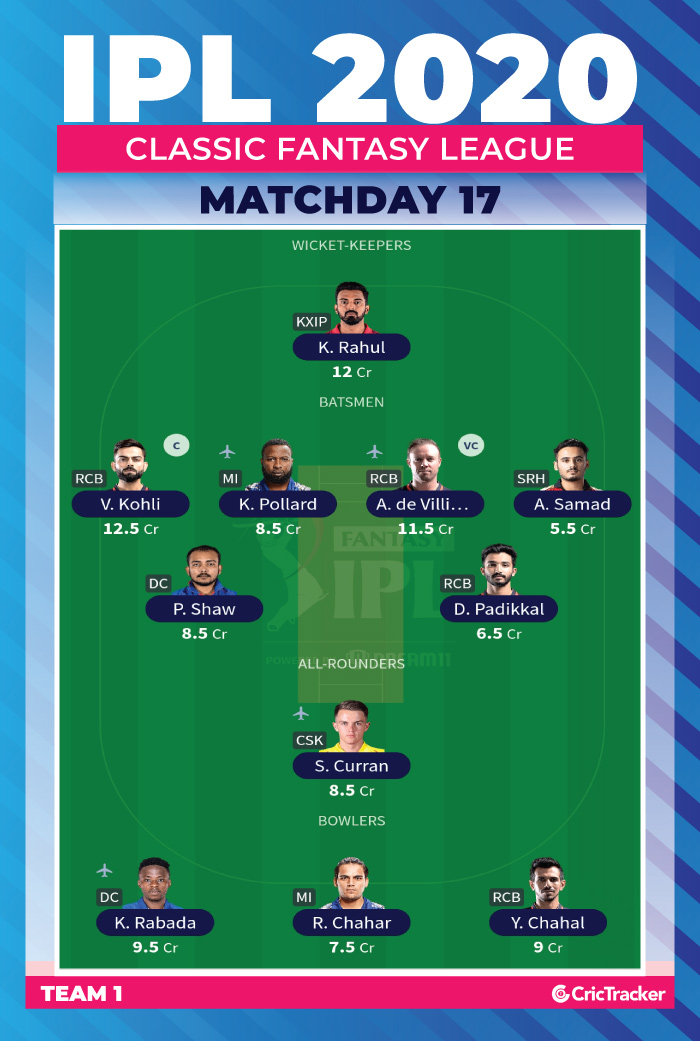 As much as Kohli and De Villiers, the DC keeper Rishabh Pant has got an impressive record against the RCB team. If the RCB’s bowlers can pick early wickets, a big knock from Pant will be on cards. There is a possibility of both Kohli and ABD failing against Delhi’s speedsters which is why we have not picked both. 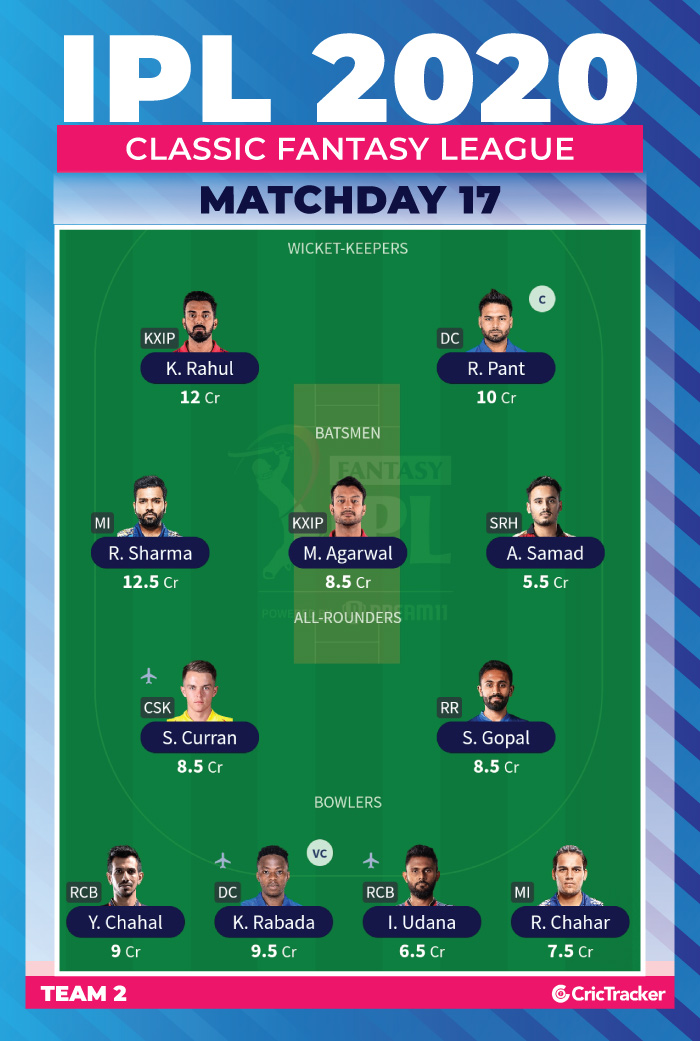