Melbourne Stars are expected to do the double over Melbourne Renegades. 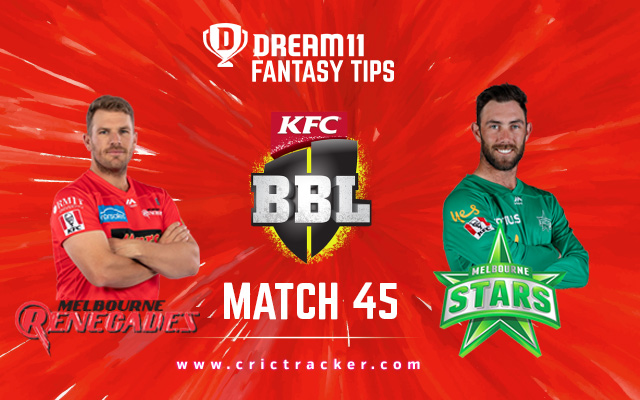 The 45th match of the Big Bash League (BBL) 2020-21 will be played between Melbourne Stars and Melbourne Renegades at Melbourne Cricket Ground, Melbourne.

The match is scheduled to start at 7:15 PM local time (1:45 PM IST) and it will be streamed live on Sony Sports Network and also in Sony Liv.

Around a week or so ago, Melbourne Stars’ semi-final qualification hopes were looking slim. However, two consecutive wins have provided them with a place in the top 4. They are currently placed fourth with 5 wins from 11 games. However, they are tied with two other teams on the same points and will ideally prefer a comfortable cushion.

A cushion is something they will be able to build if they beat their local rivals Melbourne Renegades tomorrow. The Reds have had a horrendous season, having won only 2 of their 11 games. They were no match to their rivals in the last Melbourne Derby, and given how they are playing currently, it is unlikely that the last-placed side will be able to paint Melbourne in red.

The weather will be sunny in Melbourne tomorrow, with the temperature being around 22 °C even during the evening. The chances of rain are only 10%.

The pitch here at the Melbourne Cricket Ground has played out neutrally, where both bowlers and batsmen have found success when they have executed their gameplans to perfection. A score of around 170 should be competitive here.

Andre Fletcher suffered an injury in the last game, but he has recovered from that and is likely to feature in this match.

Glenn Maxwell has struggled with consistency, but he is a case of ‘when it rains, it pours.’ He has scored 312 runs and has picked up 7 wickets.

Marcus Stoinis has bowled only one over, but he has been consistently scoring runs as an opener for the Stars. He has scored 333 runs at an average of over 35 and a strike rate of nearly 145.

Adam Zampa is in scintillating form with the ball for the Stars. He has picked up 18 wickets and has maintained an economy rate of under 7 runs per over.

Shaun Marsh has been one of the few consistent performers for the Renegades. He has scored 271 runs at an average of over 30 and a strike rate of over 130.

For Melbourne Renegades, Kane Richardson has been the best performer with the ball. He has picked up 15 wickets and has an economy rate of 8 runs per over. 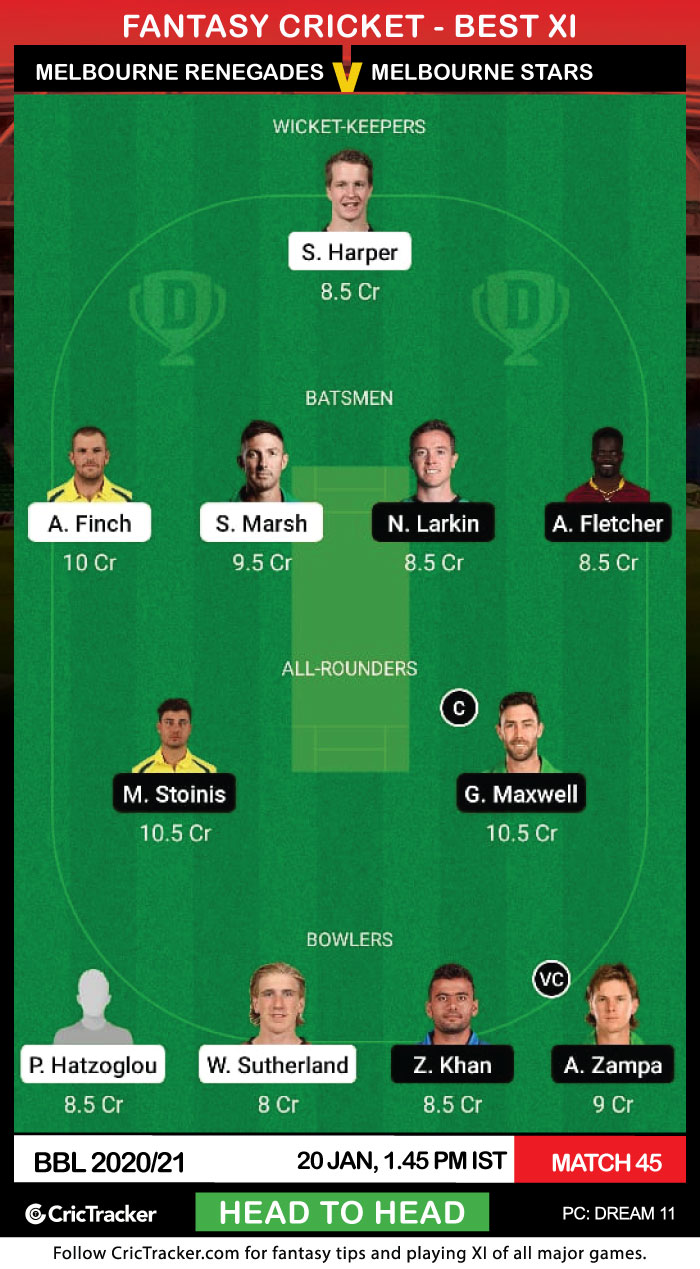 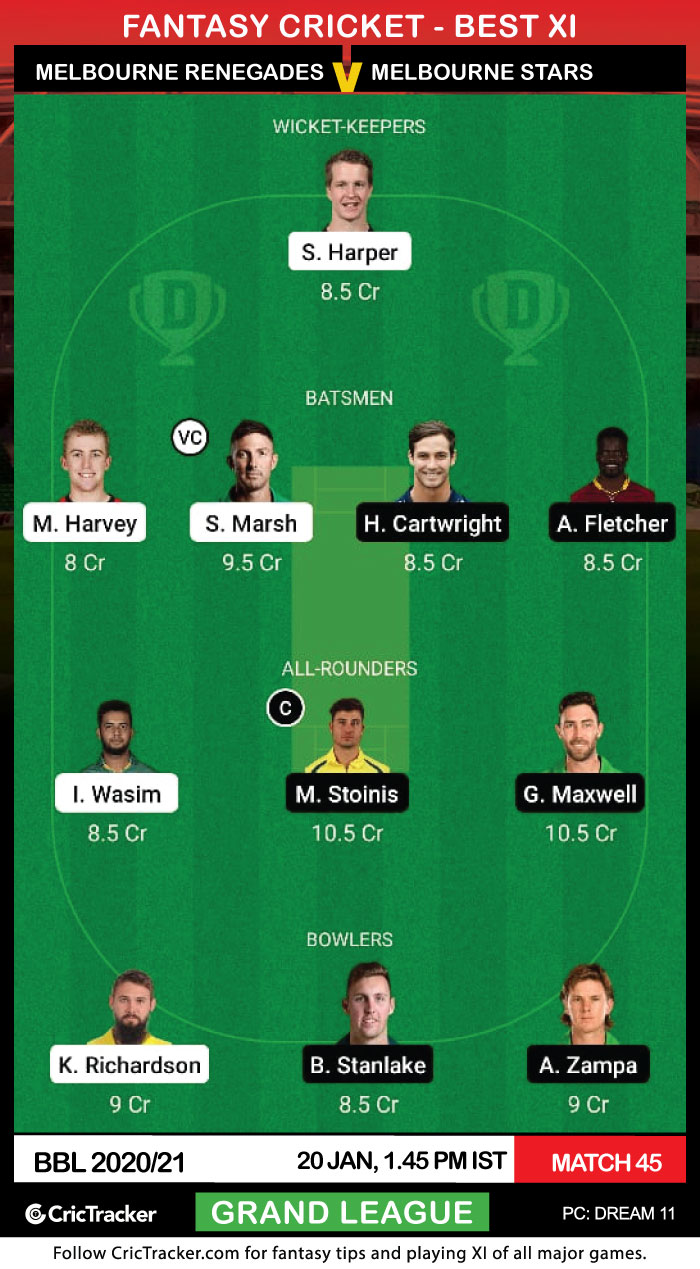