The 5th match of the ECS T10 Rome will be played between Royal Parma CC and Kingsgrove Milan CC, at the Roma Spinaceto Cricket Ground, Rome.

Royal Parma CC and Kingsgrove Milan CC are going to face each other for the second time in the ECS T10 tournament. Royal Parma CC have won their last match against Royal Roma CC, as they chased down the target of 100 runs. They have won all of their 2 games and are currently placed at the top position in the points table.

Kingsgrove Milan CC, on the other side, have lost both the games they have played in this tournament so far. They will face an uphill battle against Royal Parma CC, who are considered as the favourites to lift the league. Both the teams would be eager to get a win in this match.

We are likely to have a complete game without any interruptions on Monday. The temperatures will be near the 17°C mark for the most part of the day.

The pitch at this ground has favoured the batsmen on Day 1. A score under 120 might not be competitive.

'Can't have captain who gets injured at start of Test series': Saba Karim on Rohit Sharma leading India across formats

Indian cricket is in good hands with Rohit Sharma as captain: Darren Sammy

One of the most consistent performers of ECL19, Zahid Cheema picked up 2 wickets in the first game against Royal Parma CC.

Attiq Ur Rehman is a good all-rounder who has bagged 2 wickets in two games he played.

Rajmani Singh is one of the most experienced players of his side. He has plundered a ton in the first game and also has picked up 3 wickets.

Jabrar Afzal has picked up 4 wickets in the last two matches he played in this tournament. 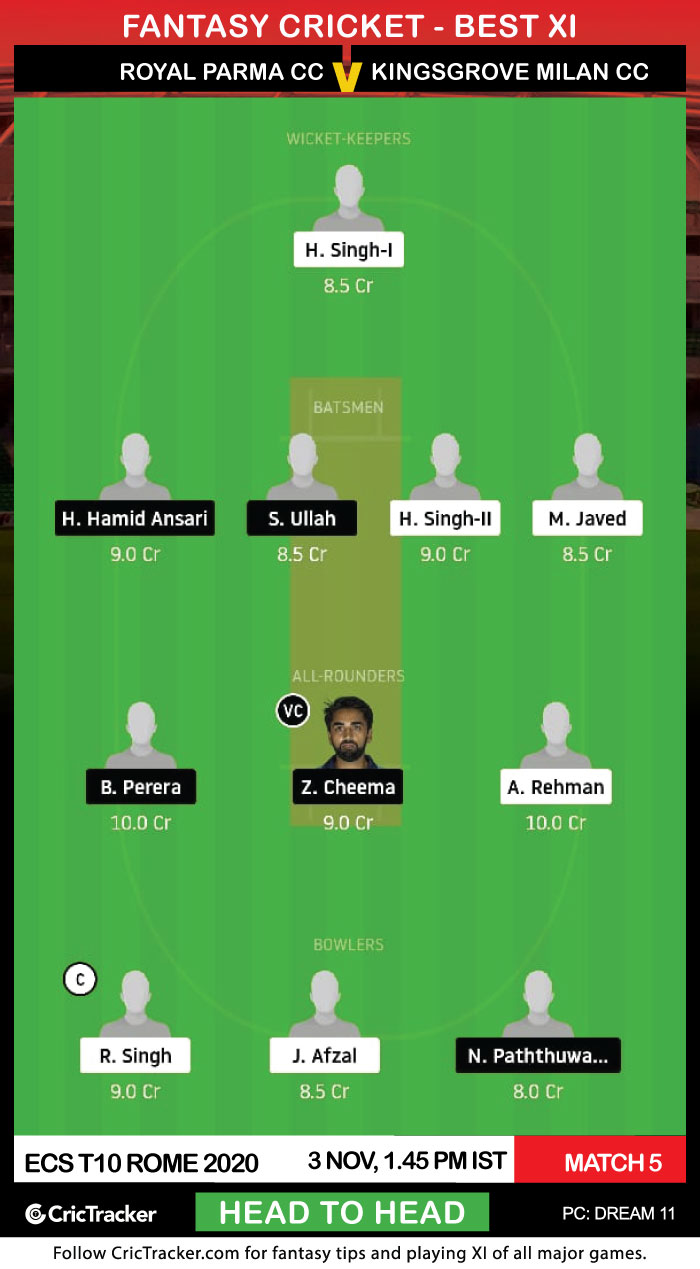 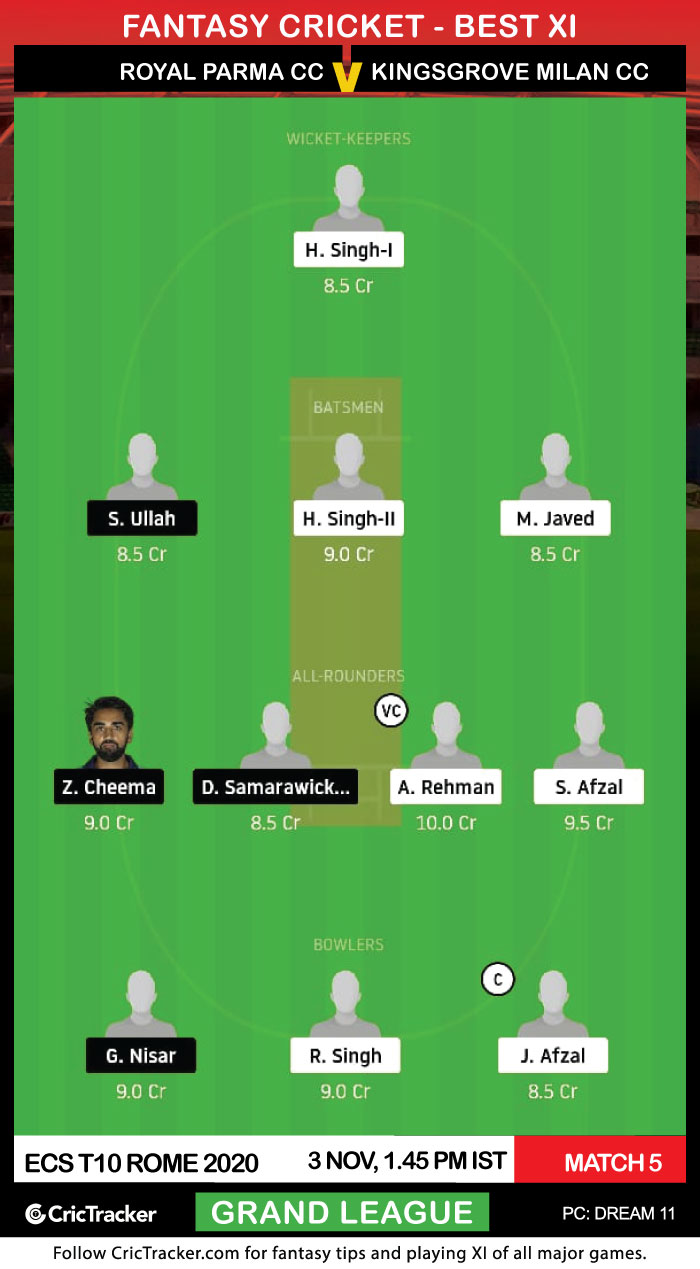 It is advisable to pick Mehboob Ahmed in at least one of your Dream11 Fantasy teams. He is selected by a only a few percentage of users and can prove to be a great differential.

Royal Parma CC are expected to win this game.