Sanju Samson has now made a habit of starting his IPL campaigns with remarkable knocks. 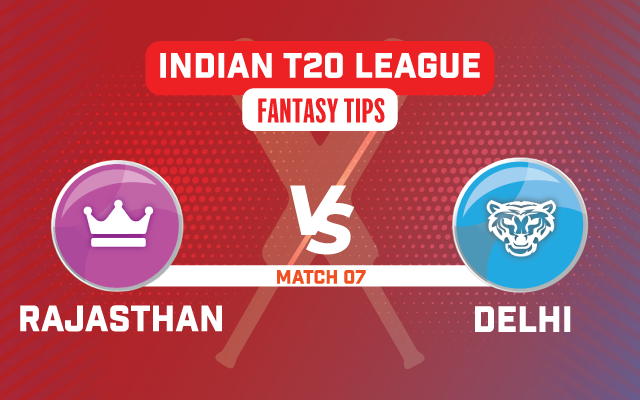 If the on-field problems were not concerning enough already, Rajasthan Royals are plagued with off-field problems, which has already had a big impact on their hopes of performing well in IPL 2021. With Jofra Archer nursing an injury, they already are missing the services of their bowling kingpin. Now, their star all-rounder Ben Stokes has been ruled out of the season.

The only positive sign for them now is the form of Sanju Samson, who played a stunning knock in their defeat against Punjab Kings. They will now take on Delhi Capitals, another team that had to deal with injury concerns, as their captain Shreyas Iyer was ruled out of the season before the competition. But under the leadership of Rishabh Pant, they have started off on the front foot, beating Chennai Super Kings comprehensively in their last match.

As expected, the Wankhede track has played out as a belter in this season as well. Anything under 180 runs will not be a good total here, as chasing will be easier on this ground.

Playing XIs for RR vs DC:

Shikhar Dhawan played an outstanding knock of 85 runs from only 54 deliveries in the match against Chennai Super Kings. It was seen coming, as in his last 3 matches, all of them being ODIs, he scored 160+ runs.

Prithvi Shaw took his Vijay Hazare Trophy form into the IPL, as he scored 72 runs from 38 deliveries against CSK. In his last 4 games, including List A games, he has scored two centuries and two half-centuries.

Marcus Stoinis had a poor game against CSK, but he was one of the Capitals’ most consistent players in the previous season. Stoinis also played a couple of good cameos and also scored a fabulous 78 in the T20I series against New Zealand.

Shivam Dube had a bad day at the office with the ball against Punjab, but he scored 23 runs from only 15 deliveries. If Rajasthan continues batting him up the order, we can see more good innings from his blade.

Despite having two mightily experienced pacers in Umesh Yadav and Ishant Sharma, Delhi trusted Avesh Khan to do the job will the ball in the last game, and boy did he perform. He ended up picking 2 wickets by conceding just 23 runs, which included the wicket of Mahendra Singh Dhoni.

Ravichandran Ashwin was taken for runs in the last game, but he still is a must pick for your fantasy teams. His form coming into the IPL was superb, as he bamboozled the English batsmen in the Test series.

Sanju Samson has now made a habit of starting his IPL campaigns with remarkable knocks, just like the one he played against PBKS. He scored 119 runs from 63 deliveries.

Rishabh Pant played a short cameo of 15 runs in his first IPL 2021 game, which was enough to ensure the run-chase remains smooth as butter for Delhi. In his previous two games, which were in the ODI series against England, he scored 150+ runs.

RR vs DC Must Picks for Dream11 Fantasy Cricket:

Chris Morris had a mixed start to his IPL 2021 campaign. He was taken for runs and also failed to impress with the ball, but he also picked up 2 crucial wickets. He can be a risky captaincy choice.

Riyan Parag’s stay out in the middle was a short one, but in the 11 deliveries he played, he scored 25 runs. Parag also picked up a wicket in that game. He can be a differential captaincy pick.