Sharjah Stadium is set to witness yet another run-feast in IPL 2020. 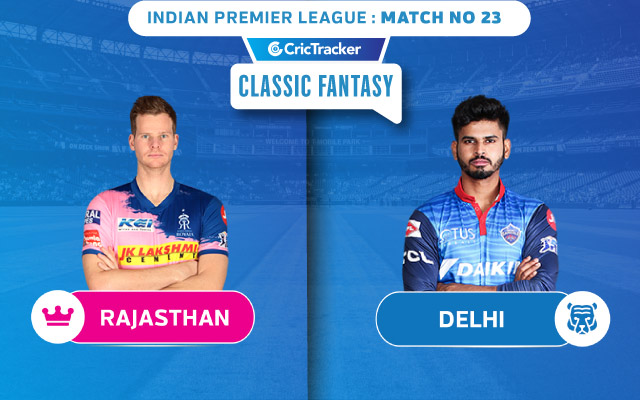 The 2020 Indian Premier League (IPL) is set for yet another high-scoring match as Rajasthan Royals and Delhi Capitals clash at the Sharjah Stadium. The venue stood host for four matches in the tournament and has recorded as many as seven 200+ totals. Royals played the first two matches and won both of them but haven’t seen success at other grounds. The Delhi franchise is in great form with eight points in their kitty after five games.

Schedule logistics around RR vs DC

With the doubleheaders coming up on Saturday and Sunday, we don’t need to make big changes other than picking 1-2 batters for RR vs DC due to the Sharjah factor.

Jos Buttler is in great batting form and the majority of his success came while opening the inning only. At Sharjah, he could end up smashing some batting records too. Hence, he will be the most important player in the fantasy team for RR vs DC. However, the keeper-batsman struggles against Kagiso Rabada who also is in good form but with the ball. Rishabh Pant is a perfect alternative considering great record against RR and their bowlers. But his batting position is too low for expecting a big knock from him.

Shreyas Iyer had a brilliant unbeaten knock in Sharjah last week and could continue from where he left during RR vs DC. Hence, we roped him in our fantasy team but made Jos Buttler as the skipper who is fresh of a 70-run knock against MI. 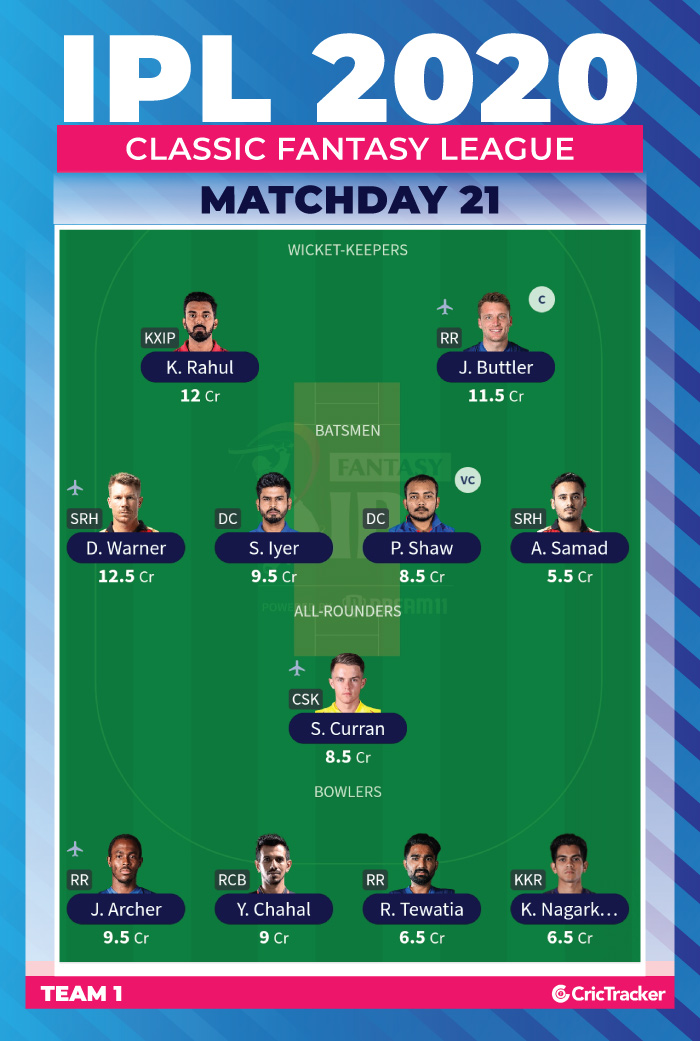 We have brought in Sanju Samson for this game and made him captain. We are hoping Samson can continue his good form at the Sharjah Stadium and help the Royals make it 3/3 at the venue. 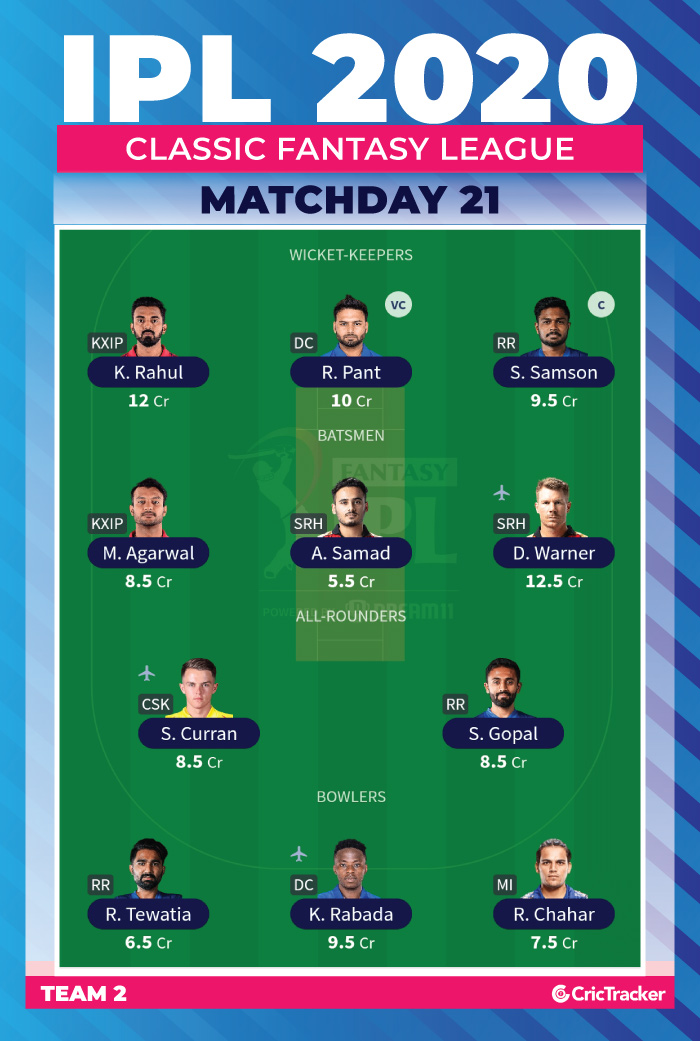