South Africa are unlikely to avoid a whitewash as England look ruthless. 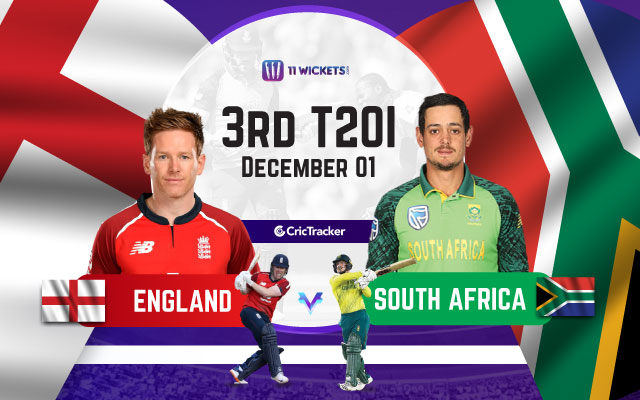 The 3rd match of the T20 International Series between South Africa and England will be played at Cape Town.

South African cricket has been on the downward slope for quite some time now, and from what we have seen in the T20I series against England so far, a return to their usual self might be a distant dream. On their own turf, the Proteas have failed to match the Englishmen in any department.

The Three Lions have secured an unassailable lead in this series and will now have only one thing in their sights – a whitewash. For South Africa, getting a whitewash on their ground will be a matter of humiliation. Hence, they are expected to do all in their might to avoid that from occurring.

We can expect a full game as the chances of precipitation are negligible. The temperature is expected to be around 20 °C.

The pitch here will suit the batsmen more than the bowlers. However, chasing is difficult and hence batting first will be the ideal option for both the sides.

David Miller and Andile Phehlukwayo are unavailable for selection

Jonny Bairstow has scored 89 runs in the first 2 games, which happens to be the most by any batsman in this series.

Sam Curran has been the leader of England’s bowling department. He has picked up 3 wickets and has an economy rate of under 9 runs per over.

Tabraiz Shamsi has been impressive with his spin bowling. Not only has he picked up 4 wickets but has maintained an economy rate of under 7 runs per over as well.

Faf du Plessis is constantly proving that age is just a number. He has been South Africa’s highest run-scorer in this series, with 69 runs to his name. 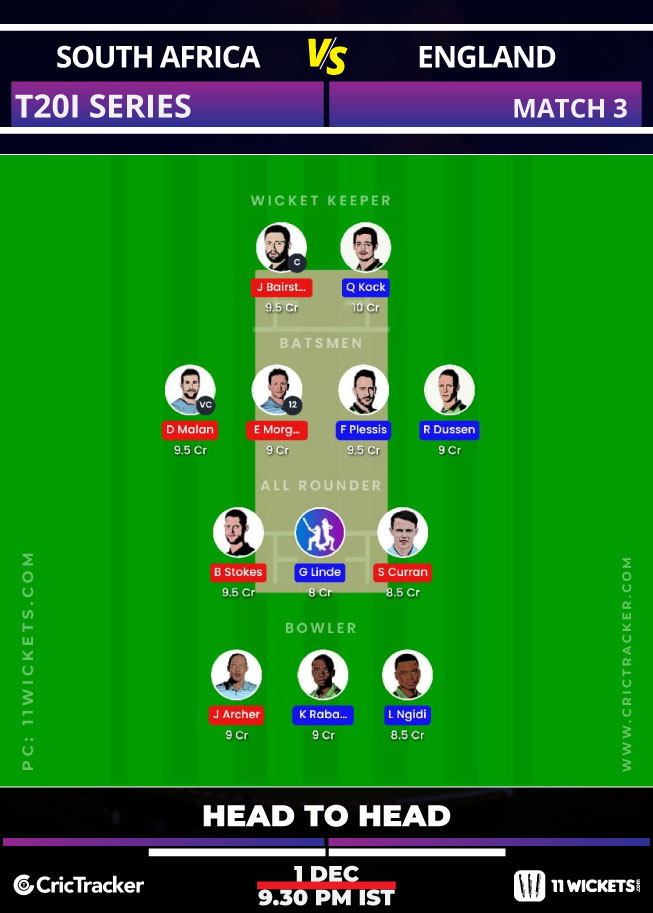 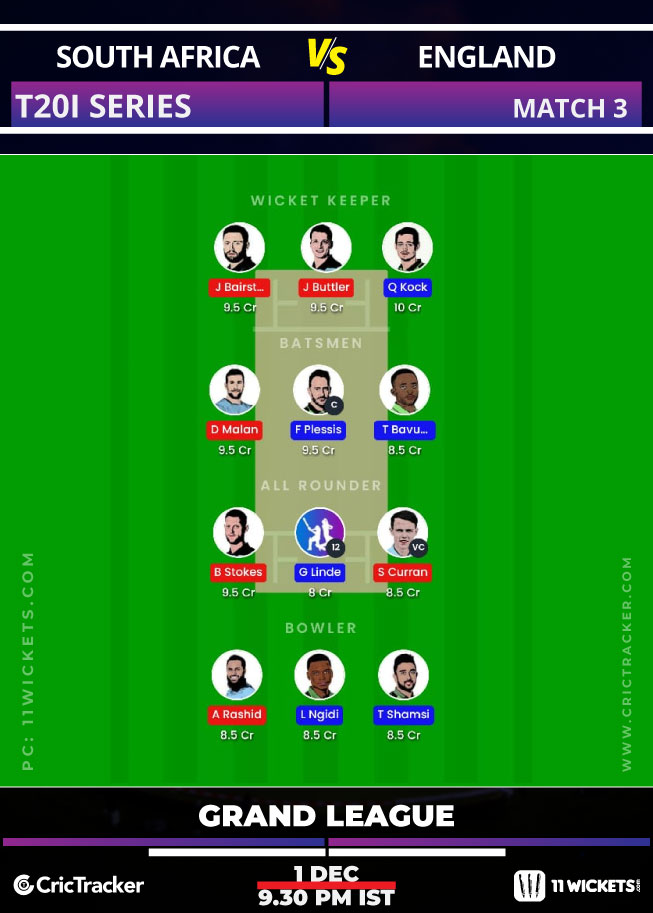 Dawid Malan has given Bairstow commendable support by scoring 74 runs. He has maintained an average of over 35 and a strike rate of over 120. Malan can be a great differential pick for any one of your 11Wickets Fantasy teams.