England are expected to do a whitewash by beating South Africa 3-0. 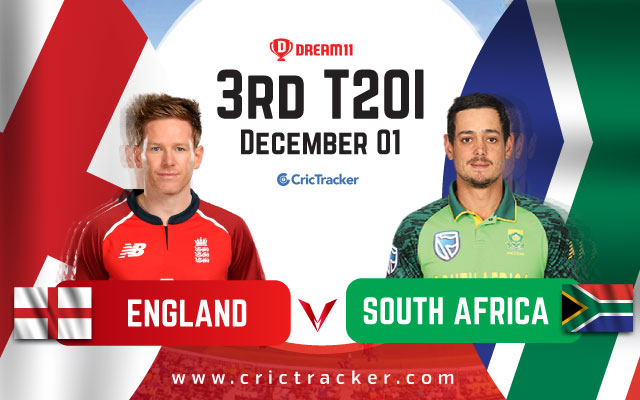 The 3rd match of the T20 International Series between South Africa and England will be played at Cape Town.

When South Africa will take on England for the 3rd T20I for the 3-match series, it will be all about mere formalities. The fate of the series is already sealed, as England have won both the first two games of the series. In the first game, the South African batting unit showed some courage and could muster up 179 runs.

However, that wasn’t a big ask for the mighty English batting unit. The second game was worse for South Africa’s batters, as they could only manage 146. Their bowlers were, however, on song in this game and kept the Proteas in the game till the last over. Ultimately, the Three Lions had the last laugh. For South Africa, their pride will be at stake as they will be desperate to avoid a whitewash on their own turf.

The temperature is expected to be around 20 °C. The good news for neutrals as well as fans of both the sides is that there are no chances of rain in this game.

The pitch at Cape Town, as we saw in the first T20I, will provide more assistance to the batsmen than the bowlers. A score under 180 might be easily chased down here.

David Miller and Andile Phehlukwayo are unavailable for selection

Jonny Bairstow has been solid at the top-order for England, having scored 89 runs at a fantastic strike rate of over 160.

Dawid Malan can be an effective pick, as the number 1 ranked T20I batsman has scored 74 runs at an average of over 35.

Tabraiz Shamsi has been the most impressive bowler for the Proteas. He has picked up 4 wickets with an economy rate of under 7 runs per over.

Faf du Plessis has been the best batsman for South Africa in this series. He has scored 69 runs at an average of nearly 35 and a strike rate of over 135. 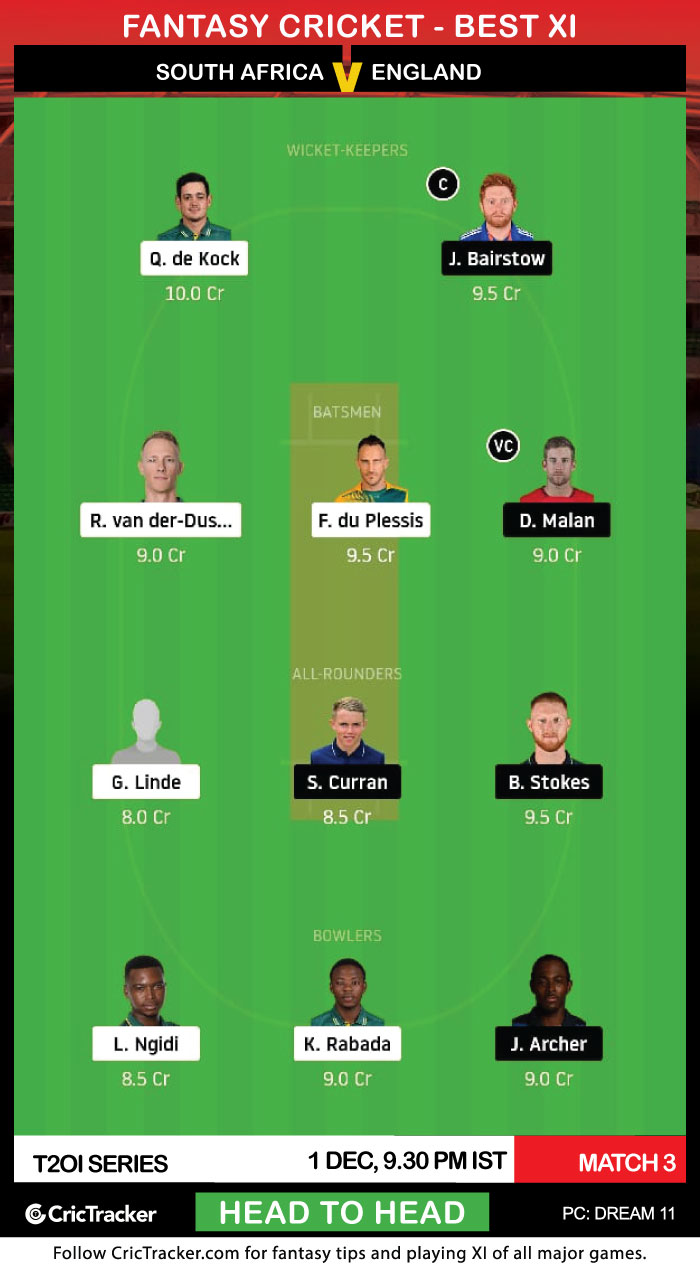 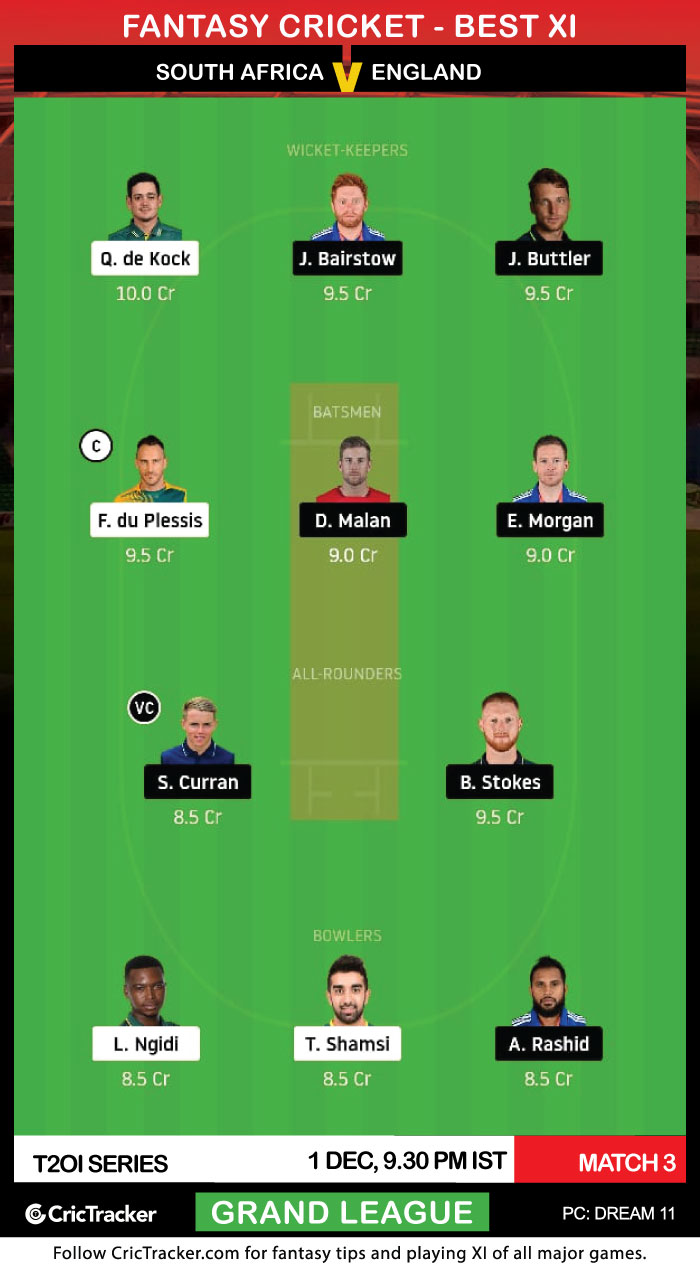 Sam Curran has been England’s best performer with the ball. He has picked up 3 wickets and has an economy rate of under 9 runs per over. It is advisable to include him in both of your Dream11 Fantasy teams.