Shadab Khan has been ruled out after sustaining a toe injury. 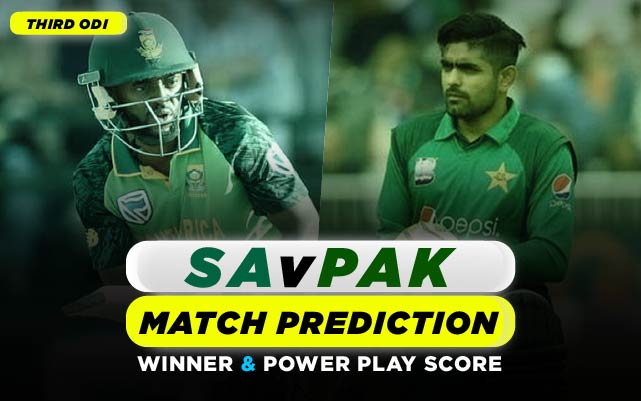 Fakhar Zaman’s valiant 193 wasn’t enough in Johannesburg as South Africa managed to draw level in the three-match ODI series. However, going into the third and final ODI on Wednesday, April 7 at the SuperSport Park in Centurion, Babar Azam and Co can be deemed as the firm favourites.

It’s because quite a few of the Proteas’ players have left the series to play in the 2021 Indian Premier League (IPL). Hence, with a depleted squad, it will be a daunting task for the Proteas to topple an in-form Pakistan team. The visitors, in the meantime, have had their fair share of troubles as well.

After the issues surrounding Hasan Ali, Shadab Khan, their premier leg-spinner, has been ruled out for the remainder of the tour due to an injury on his left toe. But despite his absence, Pakistan seem a formidable unit.

The pitch in Centurion has been a sporting one thus far. Even in the first ODI, the game went right down to the wire. But going by past numbers, batting second should be the way forward. The temperature will be around 18 degrees Celsius. The conditions will be cloudy, but with no chance of rain.

Not often does Babar get a start and throw it away. But in the last game, he scored 31 runs before giving his wicket away to Anrich Nortje via a mistimed pull shot. But the fact that he got a ton in the first game in Centurion should keep him in good stead. He would be looking to play another match-winning hand.

Haris Rauf has looked impressive thus far in the series. In the first game, though he went for 72 runs, he was able to pick up two important wins. In the second game where the Proteas smashed 341 runs, Rauf gave 54 runs and picked three wickets. The visitors would be ready to unleash his magic even next time around. 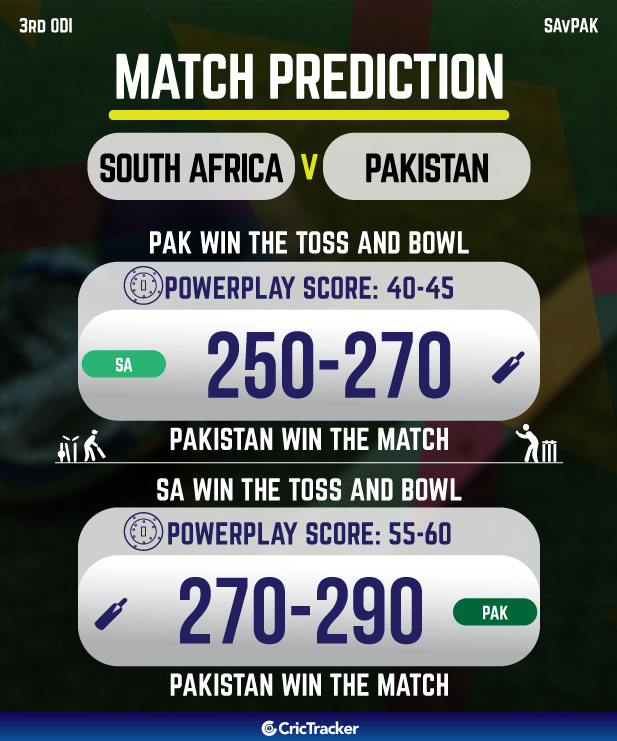