Pakistan have beaten South Africa in all two T20Is thus far at the SuperSport Park. 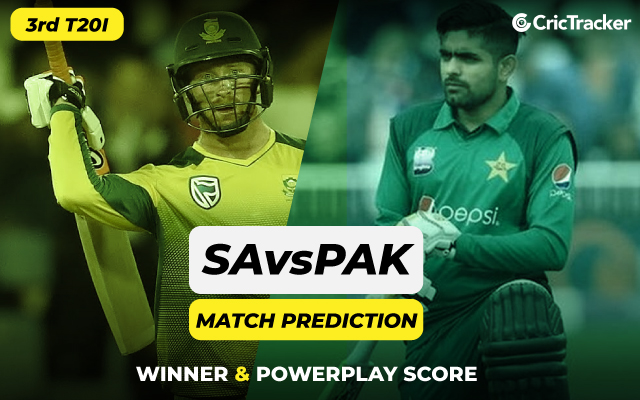 South Africa couldn’t get over the line against Pakistan in the opening T20I at the Wanderers Stadium in Johannesburg. But at the same venue, they managed to draw the equaliser, winning by six wickets with 36 balls to spare.

With the series 1-1, a win for either team would help them gain an unassailable lead in the series. The third game is set to be played at the SuperSport Park, Centurion. The numbers are in Pakistan’s favour going into the upcoming contest on Wednesday, April 14. Babar Azam and Co have beaten the Proteas in two out of two T20Is at the venue.

Moreover, the Proteas have a 5-5 win-loss record in T20Is in Centurion. The hosts showed a lot of character in the last game despite not having some of their key players, and they would be looking for a similar show.

The pitch at the SuperSport Park has been an excellent one for batting thus far. In 10 T20Is, teams have managed a run rate of around nine. Even in the ODI series, the two matches turned out to be pretty high-scoring. Teams may avoid chasing as the teams, batting first, have won seven out of 10 matches. The conditions will be sunny with a temperature around 28 degrees Celsius.

Aiden Markram has been in excellent rhythm at the top of the order. He hasn’t played the big and booming strokes but has made sure of keeping the scoreboard ticking. The right-hander is currently the leading run-scorer in the series with 105 runs at an average and strike rate of 52.50 and 169.35 respectively. He already has two half-centuries to show for his efforts.

Hasan Ali has looked reasonable until now in Pakistan’s bowling. He missed out on the ODI series but has made sure of contributing in the shortest format. In the six overs he has bowled thus far, the pacer has picked up three wickets. His economy of 7.33 isn’t the worst, bearing in mind that he has bowled on pitches, which haven’t had much to offer to the pacers. 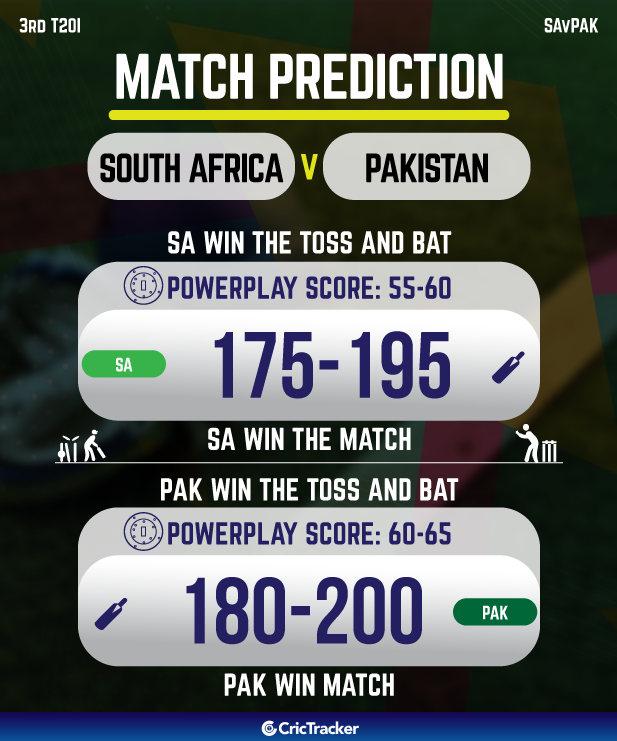