The Proteas are yet to beat Pakistan in a T20I in Centurion out of three matches. 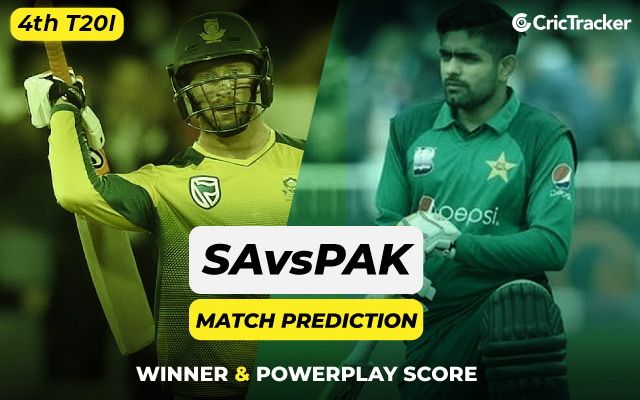 The four-match T20I series between Pakistan and South Africa have been a pretty high-scoring one thus far. After the first three games, it’s Babar Azam and Co, who are sitting with an unassailable 2-1 lead. In the third game at the SuperSport Park in Centurion, the home team posted in excess of 200 in their first innings.

But Babar’s 49-ball century in the steep run-chase denied them a victory. Mohammad Rizwan’s incredible form with the bat in hand also continued. Moreover, Pakistan also beat the Proteas in all three T20Is in Centurion.

Going into the fourth and final T20I at the same venue on Friday, April 16, the visitors would be looking for another clinical performance. As far as Heinrich Klaasen and Co are concerned, all they could do is secure a win and tie the series.

The pitch at the SuperSport Park hasn’t been of much help for the bowlers thus far, bearing in mind the numbers. Scores over 200 may also be chased down. But going by history, the team, batting first, has a fair amount of lead. The playing conditions will be sunny with no chances of rain. The temperature will be around 27 degrees Celsius with the humidity on the lower side.

Babar Azam didn’t have overly great outings in the first two T20Is. But the 26-year-old was able to make amends after he smashed 186 runs at an average and strike-rate of 62 and 151.22 respectively. He was criticised after his run-a-ball 50 in the second T20I, but he made a comeback playing at a strike rate of 206.78. Pakistan would be hoping for another decent knock from Babar.

Right arm fast bowler Lizaad Williams has been impressive for the Proteas in the series. He made his debut in the ongoing series and he hasn’t disappointed by any means. In the 11.5 overs he has bowled, Williams has picked up five wickets, the highest in the series. The seamer has an economy rate of 9.12, but a strike rate of 14.2 means that he has picked up wickets at a fair clip. 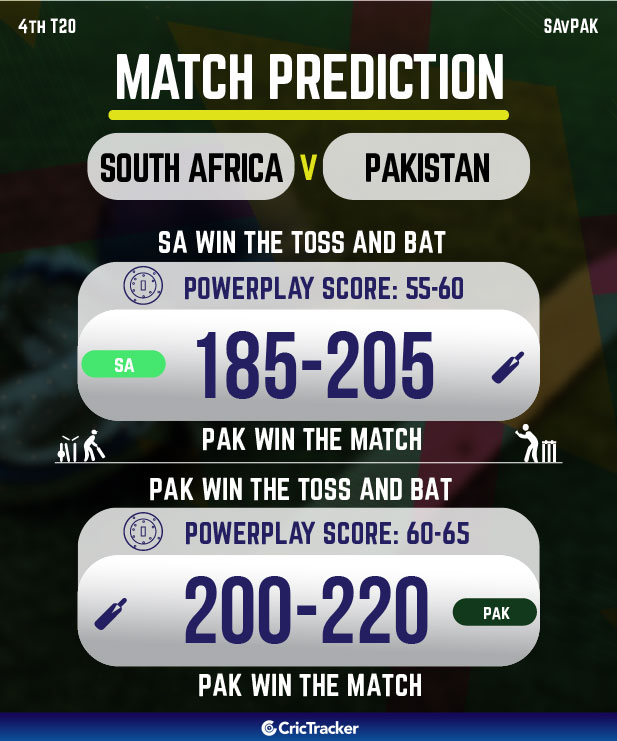