In India, cricket is the biggest religion and the players are venerated by millions of fans across the country. The players are always under the microscope all the time, and in the modern era with the advent of social media, fans have access to everything a player does, more than ever before. Several Indian cricketers are active on social media, and post regular updates on various social media handles.

Several important moments of their lives are posted via social media. MS Dhoni announced his retirement with just a simple post on Instagram, while batting legend Virat Kohli announced that he was going to become a father through social media. And, Kohli is also the most followed Indian on social media platform Instagram, with a whopping 87.3 million followers(at the time of writing). 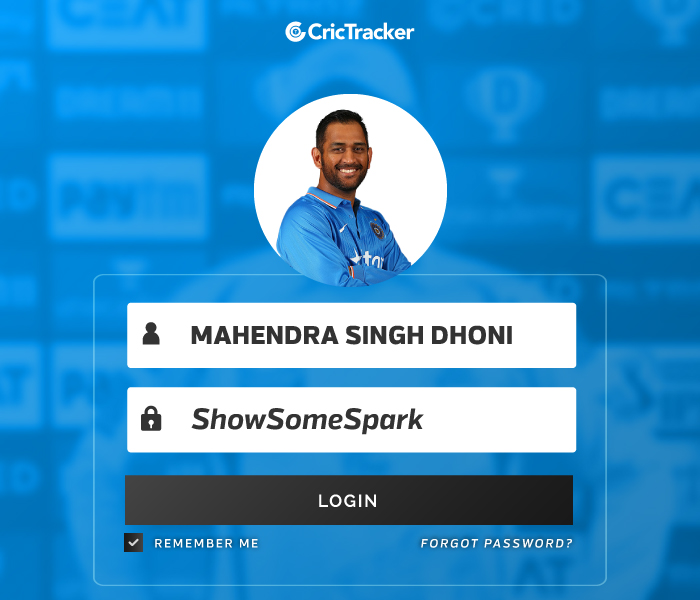 Mahendra Singh Dhoni is not a person who speaks a lot. But when he does, the world sits up and takes notice of every word he says. In the 2020 edition of the Indian Premier League(IPL), MS Dhoni and the Chennai Super Kings endured a disastrous campaign.

The ‘yellow brigade’ failed to qualify for the playoffs for the first time and Dhoni struggled to get going with the bat as well. The CSK skipper was also criticized for backing ageing non-performers like Kedar Jadhav and not providing opportunities to youngsters like Ruturaj Gaikwad and Narayan Jagadeesan in the playing XI.

Dhoni revealed that the youngsters did not show enough SPARK to be considered for selection. However, when finally provided with the opportunity, Gaikwad scored three consecutive half centuries in the last three league matches of the Chennai side, making many wonder whether Dhoni had committed a blunder by not backing people who actually showed the SPARK. So, ShowSomeSpark as a password would suit perfectly for the enigmatic legend of Indian cricket.