Peter Siddle took 12 wickets at the MCG last season in just three games. It is advisable to make him the vice-captain of any one of your Dream11 Fantasy teams.

The 15th Match of the Sheffield Shield 2020/21 will be played between Victoria and Tasmania on 5th March at the Melbourne Cricket Ground in Melbourne.

Victoria are hosting Tasmania in their next fixture of the Sheffield Shield 2020-21 season. It hasn’t been that good a start of the season for Victoria. They have managed to win only one game out of four games they have played. However, they played well in their last game. It was a massive effort, which must have given them a boost. They are sitting at the fourth spot in the points table and would like to secure a higher spot by winning their second game of the season.

On the other side, Tasmania have suffered three defeats and haven’t registered a single victory in the season so far. They are coming off a draw against New South Wales. In addition, they will have to deal with some key absentees as some of their stars are on international duty. Their youngsters will have to perform well if they were to beat Victoria.

The weather will continue to be cloudy after some heavy shower a day before the match. The conditions will help the bowlers to get the best out of the new ball. However, there is no chance of further rain throughout the match.

The wicket at the MCG changed a lot after receiving some serious criticism. It is no more a dead pitch favouring the batsmen. Toss won’t make much difference. However, it will remain a bit damp in the first innings and will favour the quicks massively.

Peter Handscomb stood tall like a wall in the last game, where he remained unbeaten at 124 in 327 balls to save the match. He has 297 runs at an average nearing 50 this season so far.

Caleb Jewell was the star for the Tasmanians in their last encounter against Queensland. He will be aiming to have a similar impact tomorrow.

Jackson Bird and Nathan Ellis will continue to be the automatic picks. Both of them are the leading wicket-takers for the Tasmanians. In addition, the wicket at the ‘G’ will favour them massively.

James Pattinson and Scott Boland will lead the Victorian bowling attack. Boland has been the leading wicket-taker for Victoria with 18 wickets already. On the other hand, Pattinson is coming off a brilliant last game where he grabbed a 4 wicket haul with the ball.

Marcus Harris has 456 runs at an average above 65 in the season so far. He will open the innings once again and will be a good pick who makes runs consistently at this level.

Beau Webster will play a key role considering the early dampness in the MCG wicket. He has 13 wickets with 167 runs in the season so far. 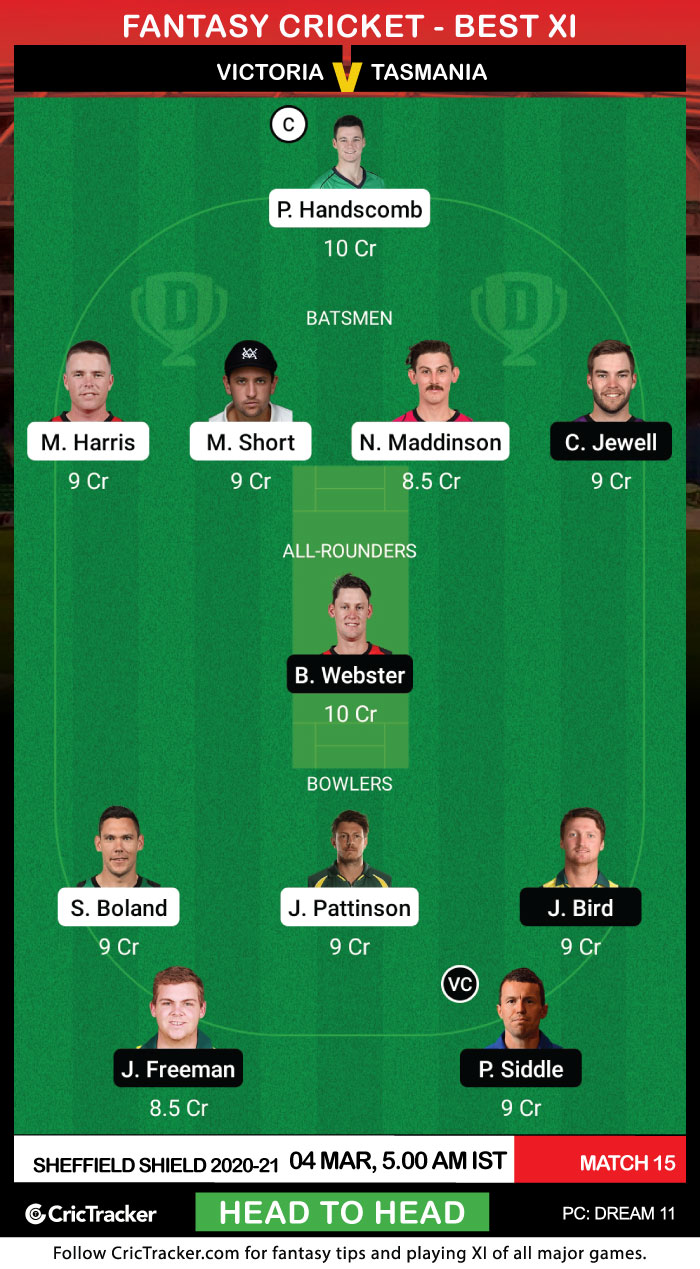 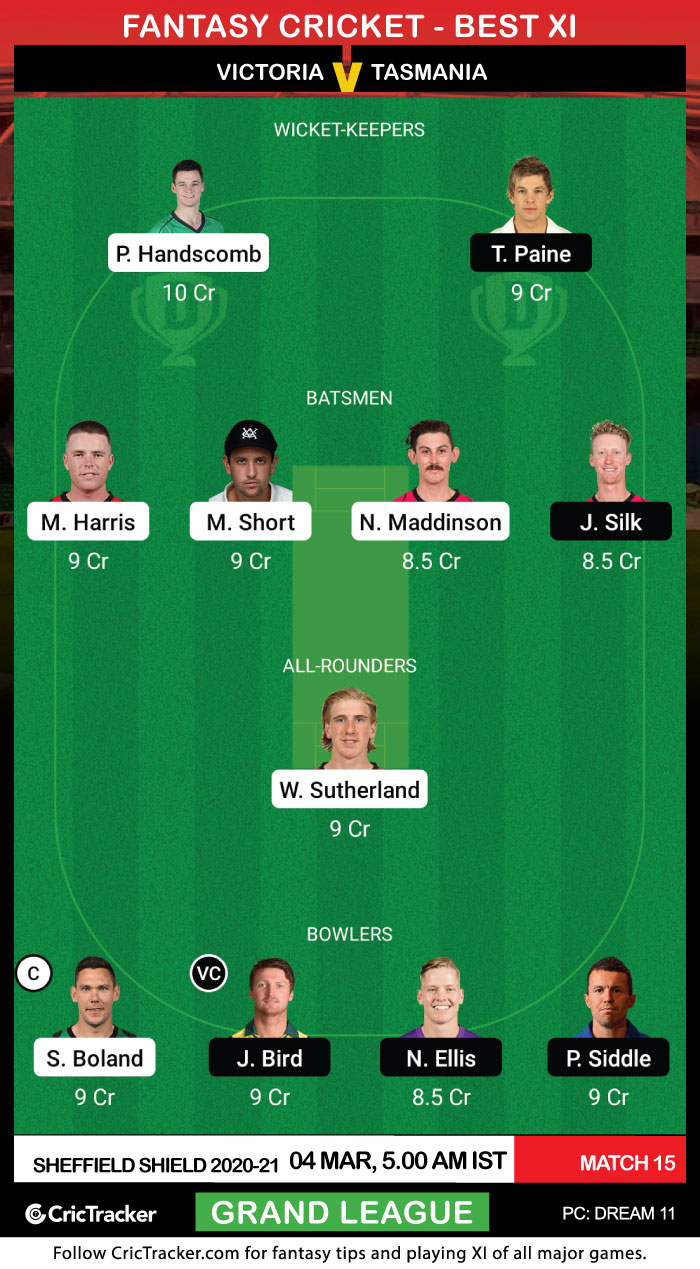 Peter Siddle took 12 wickets at the MCG last season in just three games. It is advisable to make him the vice-captain of any one of your Dream11 Fantasy teams.

Victoria are expected to win this match.