Owing to weather conditions, we can expect a draw in this game. 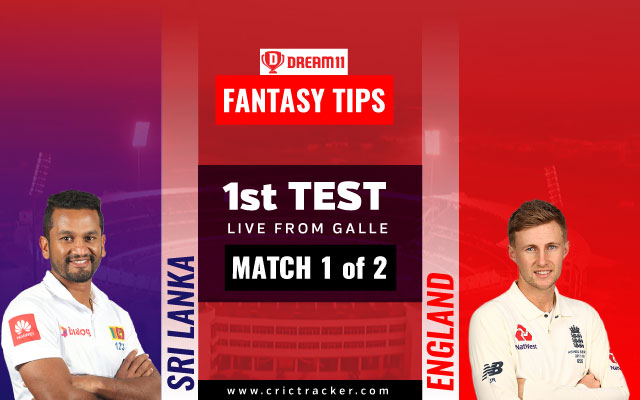 The 1st Test of 2-match Test series between Sri Lanka and England will be played at the Galle International Stadium in Galle.

The match is scheduled to start at 10:00 AM local time and IST. The match can be watched on Sony Sports Network and will be streamed on Sony Liv.

After a difficult time in South Africa, the lions from Sri Lanka will now be back in their own den, where they will take on the famous Three Lions. Sri Lanka lost both of their Tests against South Africa. They are currently placed at the 7th position in the 2019-21 ICC World Test Championship rankings.

England will be donning the whites after August of last year, where they played three Tests against Pakistan. They won one of those matches, while the remaining two were drawn. While Test championship standings will suggest an England win, they have got a big list of significant absentees. Hence, this game can be a lot more exciting than what the tables and form-books might suggest.

This is where the excitement goes for a toss. While the first day of the test is all set to be sunny, there are 70-90% chances of precipitation for the next 4 days. Hence, it is unlikely that we will get to see full 5 days of riveting cricket.

The pitch here at the Galle International Stadium will support the batsmen, especially in the first couple of days. As for bowling, spinners will enjoy more purchase than batsmen.

Moeen Ali is unavailable for this game as he tested positive for COVID-19. Chris Woakes is unlikely to feature as he came in close contact with Ali and had to quarantine, hence reducing his match practice.

Angelo Mathews, Dinesh Chandimal and Suranga Lakmal have all recovered from their injuries and are available for selection.

Jos Buttler has established himself as not only a limited-overs specialist, but a reliable Test batsman as well. In the last Test series against Pakistan, he scored 265 runs at an average of nearly 90.

Regarded as one of the best modern-day pacers, James Anderson has the ability to pick up wickets even on tracks that don’t offer much to seamers. In the series against Pakistan, he picked up 11 wickets from 3 games.

Joe Root did not have a great series against Pakistan back in August, but he has scored over 7800 runs in Test cricket. The English skipper has scored 17 centuries in this format of the game.

With Moeen Ali unavailable and Chris Woakes likely not to be ready for this game, Sam Curran will have to take a great share of the workload. He has picked up 41 wickets in just 19 Tests and has also scored over 700 runs.

Wanindu Hasaranga was one of the few Lankan lions who had a good time in South Africa. In the 2 Tests, Hasaranga scored 122 runs and also picked up 4 wickets.

Suggested Playing XI No.1 for SL vs ENG for Dream11 Fantasy Cricket: 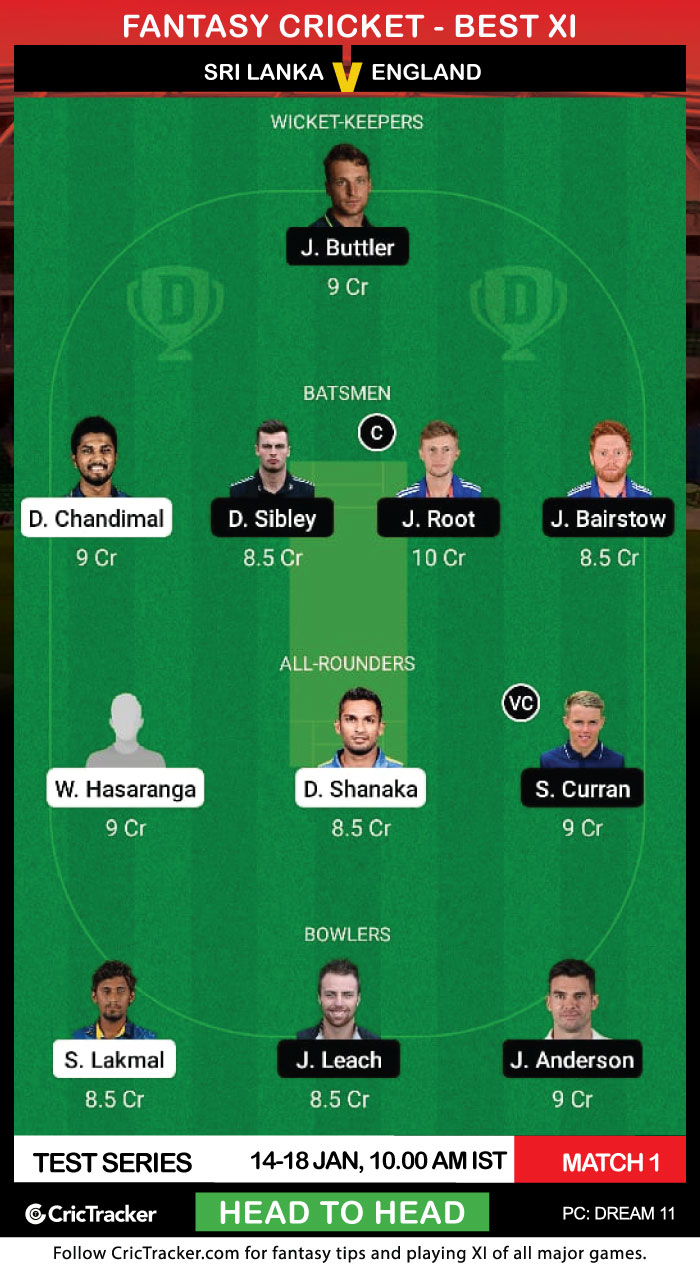 Suggested Playing XI No.2 for SL vs ENG for Dream11 Fantasy Cricket: 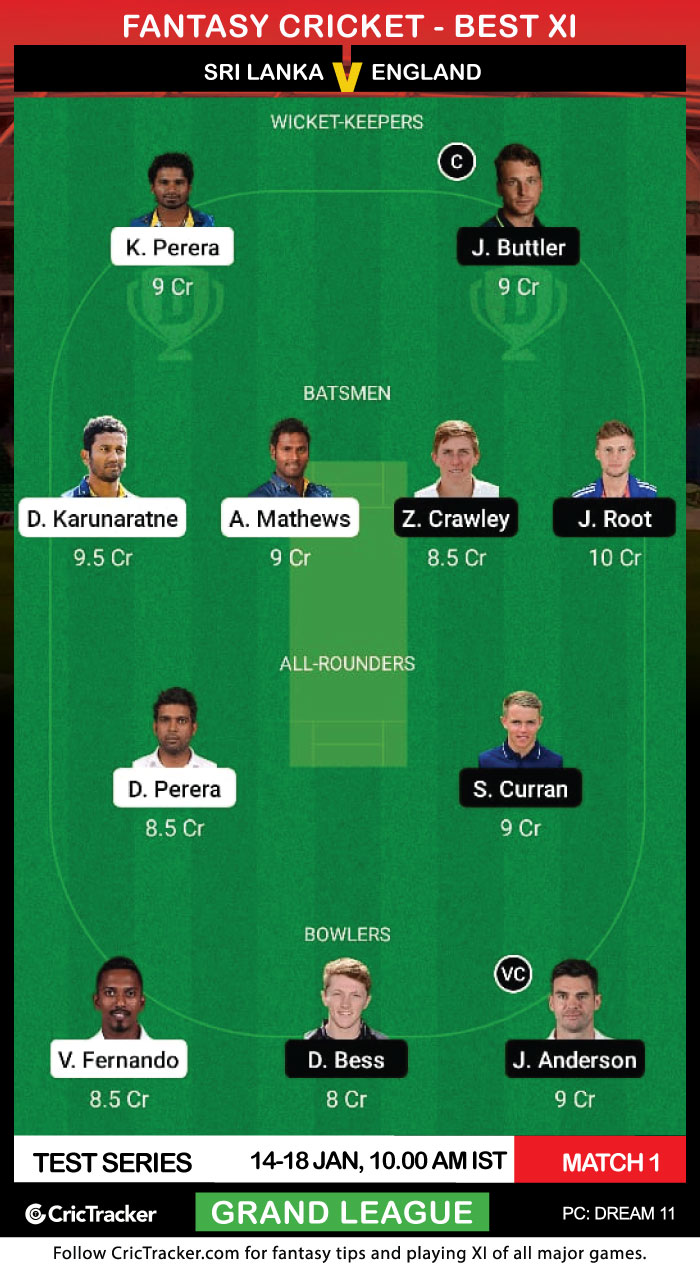 Zak Crawley can be a great differential pick for your Dream11 Fantasy team. He was in sublime form against Pakistan, as he amassed 320 runs from just 2 innings.

A draw is expected in this match.