SOB-W vs MNR-W Match Prediction – Who will win today’s The Hundred Women match?

Both the teams are backed with a win from their previous games, and would look to keep the momentum going.

The 10th match of The Hundred Women’s tournament will witness a clash between the Anya Shrubsole-led Southern Brave and the Kate Cross-led Manchester Originals. Both teams will be carrying a winning momentum, but the hosts will likely be the favorites while walking into the contest, given their thrilling victories in the competition so far.

While Southern Brave have won both their fixtures so far, one against London Spirit and the other against defending champions Oval Invincibles, the Manchester Originals lost their campaign opener against Trent Rockets but bounced back stronger to bag a comfortable win over the Welsh Fire, getting their first points on the points table.

The Rose Bowl wicket is expected to be advantageous for batters because the ball will strike the bat nicely. Bowlers must continuously significantly change their lines and lengths in order to succeed. The toss-winning captain would look to bowl first and later chase the score to utilise the pitch in the best manner possible.

Smriti Mandhana is in excellent form with the bat, as evidenced by her performance in Southern Brave’s recent victory against Oval Invincibles. Mandhana smashes a quick-fire 25-ball 46 runs to give her team a magnificent start. She was also the top scorer for her side, and her 46-run knock included whopping 10 boundaries.

The Australian spinner has managed to pick at least one wicket in both games that she has played so far. She was a crucial member of the Brave last season and continues to be one this time around as well. Amanda has given runs too, but at the same time bagged the crucial wickets at the right time to provide her team with the breakthrough. 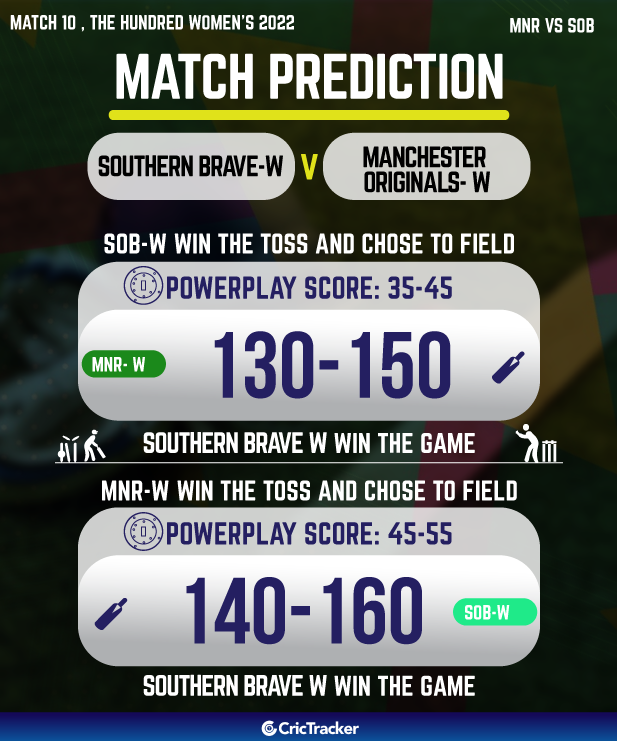