Marnus Labuschagne has been in phenomenal form this season.

Somerset will be up against Glamorgan in the upcoming South Group fixture of T20 Blast 2021. The encounter takes place at the Cooper Associates County Ground in Taunton on Saturday (June 19).

Both these sides haven’t made a delightful start to their respective campaigns and would be raring to emerge victoriously on this clash. With just two wins from five games, Glamorgan are fifth in the South Group team standings. Despite having big names like Marnus Labuschagne and Colin Ingram, they have failed to perform well as a unit. However, they are coming off a 21-run win over Middlesex and would be confident.

On the other hand, Somerset are sixth in the points table with one victory in four outings. One of their contests got washed out due to rain. They started their campaign terribly, facing defeats in their first two games. However, they bounced back against Kent and walked away with a 47-run win. They would like to continue their winning run.

Captaincy Picks for SOM vs GLA

Although Glamorgan’s campaign so far hasn’t been delightful, Marnus Labuschagne has been on a roll. The Australian star played one magnificent knock after another and earned accolades from different corners. In fact, his tally of 261 runs in five games is the third-highest for any batter this season. Not to forget, he has also been contributing with his handy leg-break.

Labuschagne’s partner-in-crime, Nicholas Selman is another player to watch out for in this contest. The youngster has played some handy innings this season, and Glamorgan would be counting on him. Selman can anchor the knocks in the middle overs alongside playing big shots at the end. 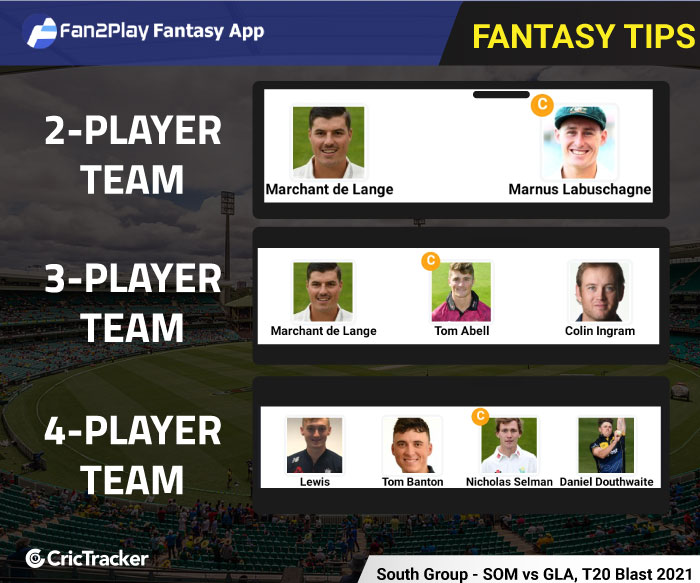 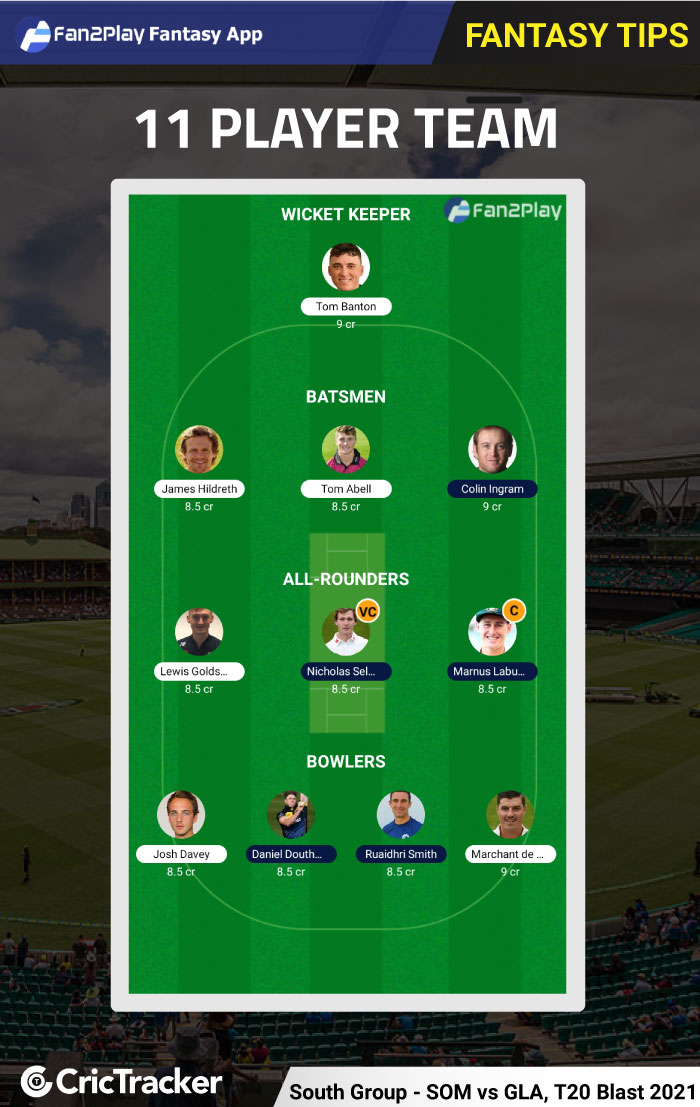