Pakistan is the World Number one team in T20Is and is definitely a force to reckon with even without their regular skipper.

South Africa took the final honours of the hard-fought ODI series against Pakistan. But the visitors are the boss in the shortest format of the game. Pakistan have been dominating in the T20 Internationals for a long time now and they will surely feel comfortable and more confident during the three-match series which will commence at the Newlands.

The Proteas have rested some of their key players for the T20I series which has generally been the case for them. Most of the teams do the same these days and test the youngsters to give them the exposure of international cricket. Faf du Plessis will be excited about the fact that some of the players who did well during the inaugural edition of the Mzansi Super League (MSL) will be in action in Cape Town.

Pakistan won’t have Sarfaraz Ahmed in the T20Is as well but the number one T20I team in the world is a force to reckon with. Shoaib Malik is set to lead his team and it bears a similar look to the ODI squad. Only a few T20 specialists have been flown in only for this series and they can really hurt the opposition with the abilities they possess.

The average score batting first has been 151 in 17 T20Is at the Newlands. Chasing has been preferred at this venue which means the team winning the toss will definitely opt to bowl. The temperatures will be in the mid-20s and there is no chance of rain which makes for a pleasant evening for the spectators to watch the match.

South Africa will most likely open with Quinton de Kock and Reeza Hendricks. The latter deserves to open given his form in the MSL. Rassie van der Dussen and Du Plessis will be the next to follow while David Miller will be the enforcer in the final few overs. Chris Morris and Andile Phehlukwayo are the all-rounders in the side.

Lutho Sipamla is likely to get a debut with Beuran Hendricks, Junior Dala and Tabraiz Shamsi being the other bowlers in the line-up.

The Men in Green are too good in this format. It will be hard on any player to be benched. The top four select themselves. Asif Ali has experience of playing in South Africa due to MSL and he did extremely well. Rizwan has to play while Imad Wasim and Shadab Khan are also brilliant with the bat. Faheem Ashraf, Shaheen Afridi and one of Usman Khan and Hasan Ali will make it to the final XI. Mohammad Amir will have to wait for his chance.

The prediction is for Pakistan to start as the favourites and take the 1-0 lead in the series. 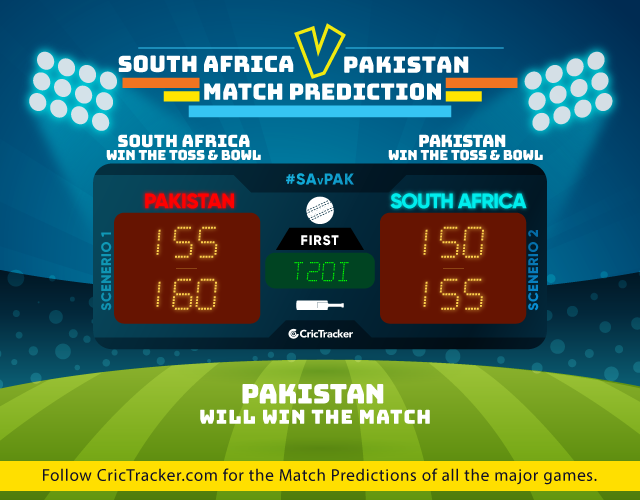