Sunrisers Hyderabad and Rajasthan Royals have got a neck-in-neck head-to-head battle going. SRH lead 6-5 at this stage. 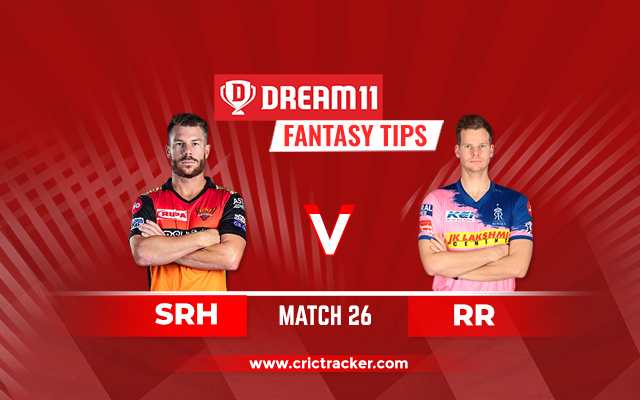 The 26th match of the Indian Premier League (IPL) 2020 will be played between Sunrisers Hyderabad and Rajasthan Royals at the Dubai International Cricket Stadium, Dubai.

Thus far in IPL 2020, the Sunrisers Hyderabad (SRH) have had a relatively decent tournament. In six games, they won three while they lost the other three. The ‘Men in Orange’ have managed to stun some strong teams in the tournament and will be very confident after the 69-run win in the last encounter against Kings XI Punjab (KXIP). However, it is important for them to find consistency and win games more often rather than leaving it for too late and finding themselves in a dire situation in the latter half of the league.

It will be David Warner versus Steve Smith as the team from Hyderabad is set to take on the Rajasthan Royals (RR) in their upcoming match. The last four games of the tournament have been a real struggle for the Royals. They have struggled to get anywhere close to a win and bagged huge losses. However, with the return of Ben Stokes for this game, they would hope that they can change their fortunes and stun the Sunrisers.

A hot afternoon with the temperatures touching nearly 36 degrees Celsius will greet the players. The humidity levels will remain in the late thirties.

The track at this venue is a great one to bat on in the first innings. However, it tends to slow down during the second half. But in the last afternoon game played here, the side chasing found it easier to score the runs.

Ben Stokes will be available for selection for this match.

Jonny Bairstow scored a brilliant 97 in the last match and is timing the ball sweetly. He’s got 3 fifties in 6 games and has scored 241 runs thus far.

Even though he has struggled in the last few games, Sanju Samson is still the leading run-scorer for the Royals. He mustered 176 runs in 6 games thus far.

David Warner is slowly getting back to his best. He scored half-centuries in the last two games and has mustered 227 runs from 6 matches.

Rashid Khan has picked up 8 wickets from 6 games including two three-wicket hauls. His economy rate of 4.83 is amongst the best in the tournament.

Jofra Archer has been great with the ball with 8 wickets from 6 games. Moreover, his economy rate is just 6.91.

In the three T20I games he played this year, Ben Stokes scored 73 runs at an average of 37 and has also picked up 4 wickets in the 9 overs that he bowled. 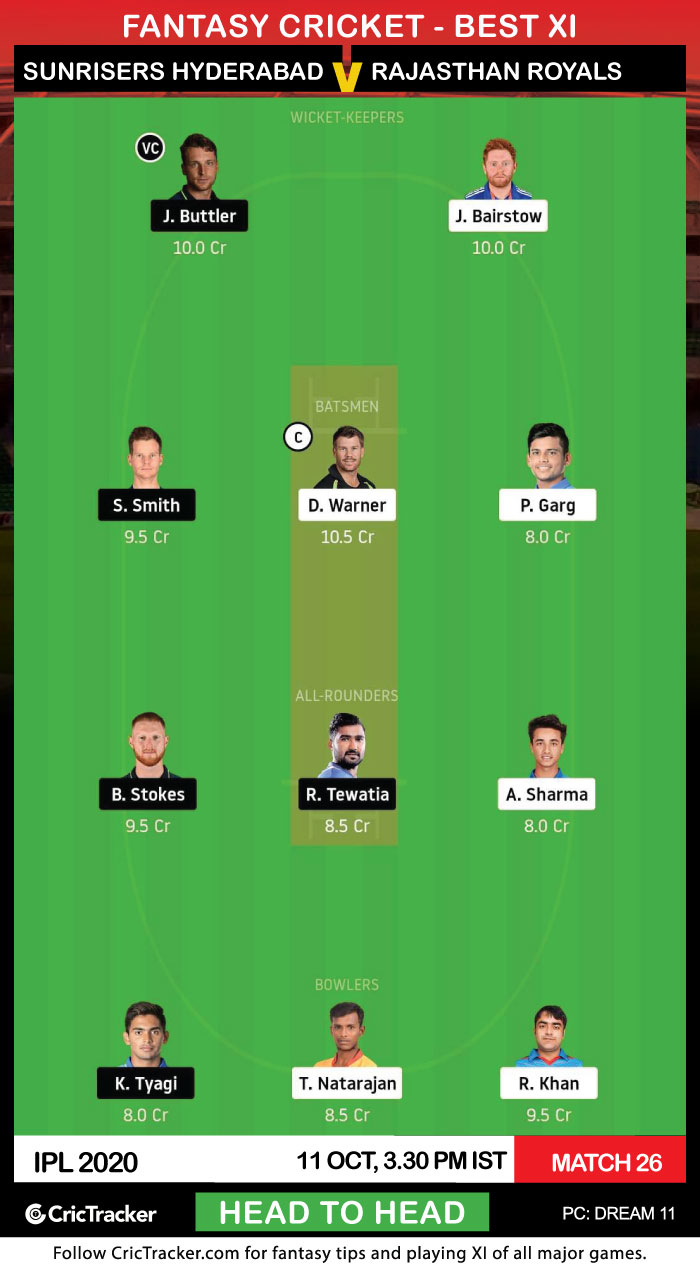 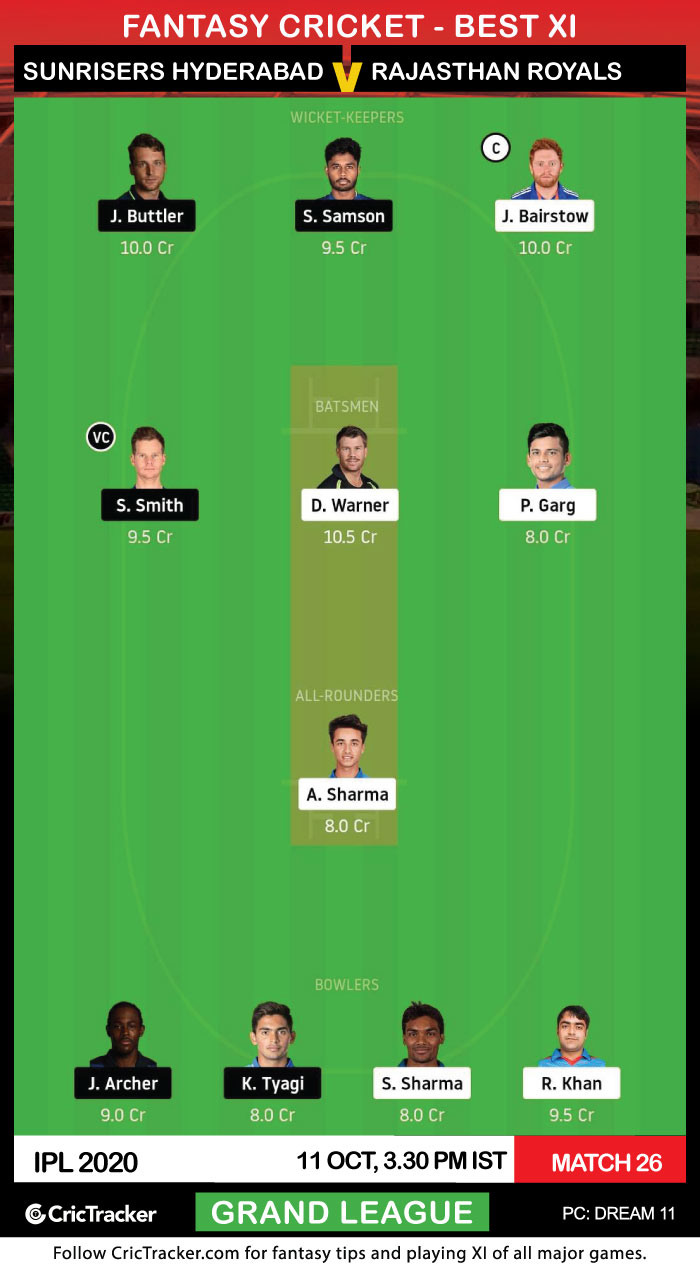 Ben Stokes will be playing cricket after a long break. Thus, he could be rusty early on. Yet, you can take a risk and have him as a multiplier in any one of your Grand League teams.

The team batting first is expected to win this match.