Temba Bavuma has been ruled out the series due to a thumb injury.

South Africa and Sri Lanka are all set to take part in a three-match ODI series, starting Saturday, September 4 at the R Premadasa Stadium. The Lankans won the opening game by 14 runs and took a 1-0 lead in the series.

Avishka Fernando scored a sparkling century to carry the Islanders to glory. In the meantime, South Africa have been jolted with a blow after Temba Bavuma was ruled out of the series due to a thumb injury.

Keshav Maharaj will be leading the Proteas in his place. Without their regular skipper, it will be interesting to see how the visiting team stage a comeback in the series.

The pitch in Colombo was an excellent one for batting. Both teams scored freely last time around. The spinners and pacers also got help in equal proportion. Batting second should remain as the way forward for both teams.

Playing combination for SL vs SA

Aiden Markram bowled brilliantly in the first match of the series. Opening the batting for the Proteas, he notched 96 runs off 90 balls with the help of four sixes and five fours. He looked good for a century before Praveen Jayawickrama accounted for his wicket. He would now want to carry on from where he left off in the previous game of the series.

Keshav Maharaj has been excellent with the ball of late. In the first ODI of the series, he picked up two wickets of Bhanuka Rajapaksha and Dhananjaya de Silva. Moreover, he was the most economical bowler for the Proteas in the series. He also bowled a maiden and conceded only 30 runs at an economy rate of three. 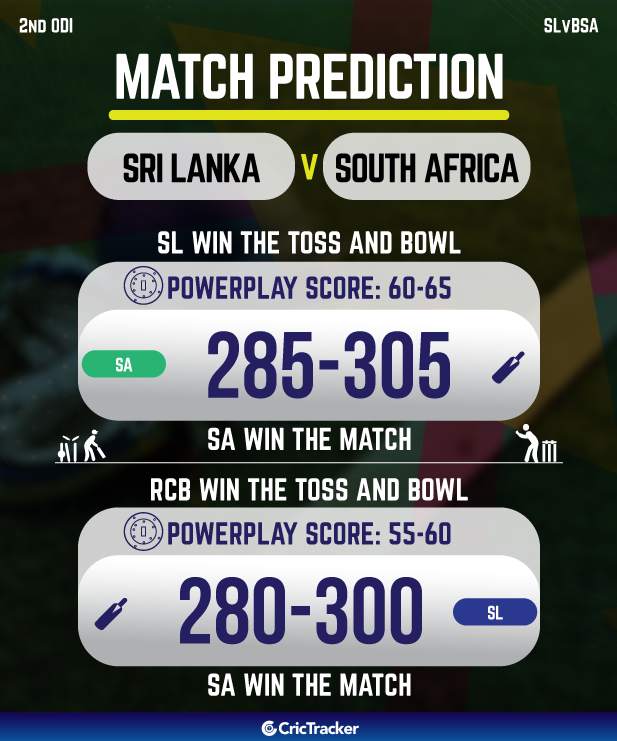