All the stats and records that Cheteshwar Pujara created with his 248-run knock.

Cheteshwar Pujara started off his year 2020 in grand style with a record-breaking double century in the key clash against Karnataka. The Saurashtra batsman rescued his team after a couple of early wickets with a huge stand with another senior batsman Sheldon Jackson. The duo added 394 runs for the 3rd wicket after they lost their first two wickets for only 33 runs on the board. Pujara ended the first day on 162 and resumed to raise his double ton on the 2nd morning. He eventually was dismissed after scoring 248 from 390 deliveries with help of 24 fours and a maximum.

All the stats and records that Cheteshwar Pujara created with his 248-run knock:

2 – Cheteshwar Pujara became only the 2nd player to score multiple double centuries in first-class cricket against Karnataka. VVS Laxman also has two double tons against Karnataka in Ranji Trophy. Pujara recorded his highest FC score of 352 in the quarter-final of the 2012/13 season.

3 – Only three players including Cheteshwar Pujara have scored 13 or more double centuries in first-class cricket by 200th match. The 248 against Karnataka was his 13th double ton coming in his 198th first-class game. Sir Donald Bradman scored his 13th FC 200 in 71st match while Bill Ponsford scored his last of the 13 FC 200s in 157th game. 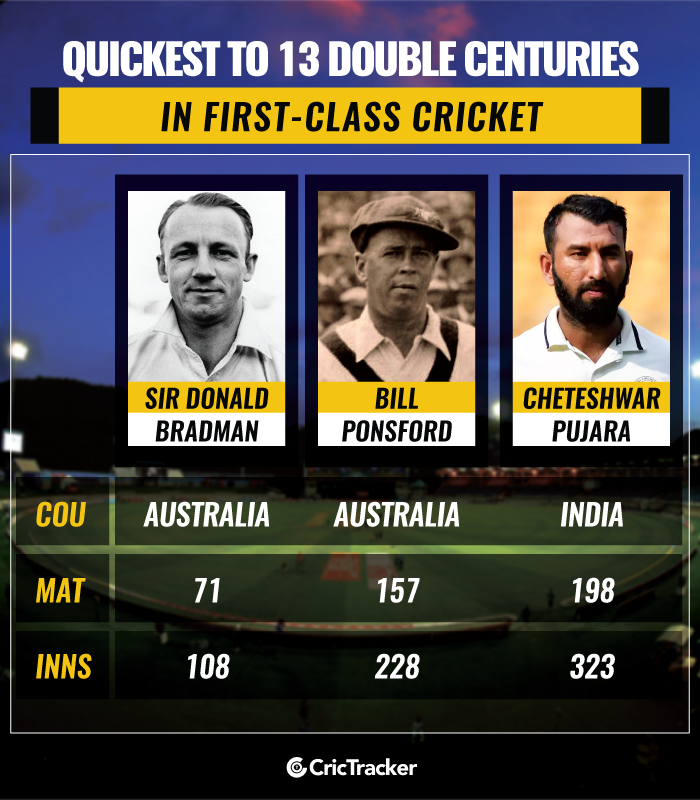 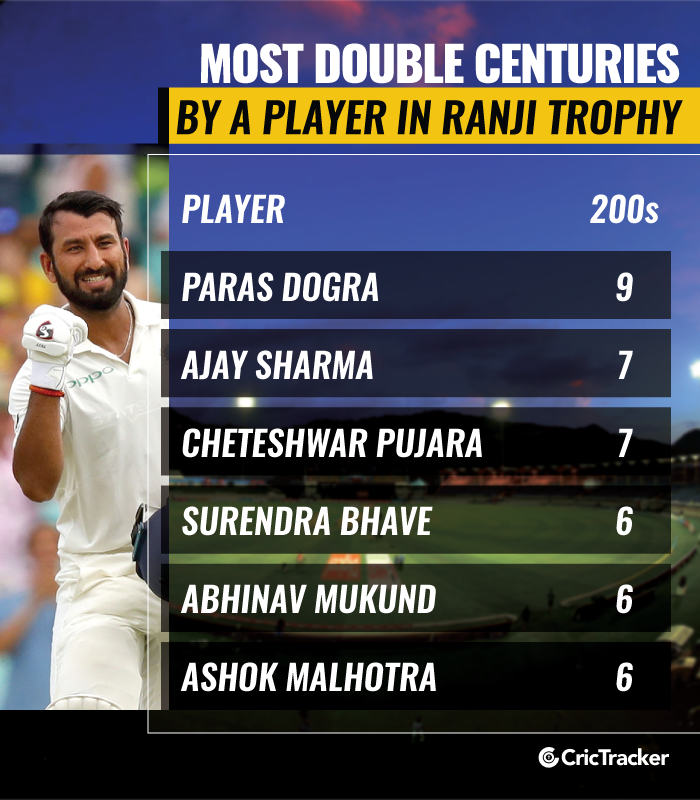 13 – Number of 200s for Pujara in first-class cricket; the joint-most by an Asian player in this format. Kumar Sangakkara also scored 12 double centuries in FC cricket. Pujara broke the Indian record for most FC 200s during the 2017/18 season by going past Vijay Merchant’s 11 double tons. He is now one of the 18 players with at least 13 first-class 200s out of which only 10 of them scored more than 13 200s. 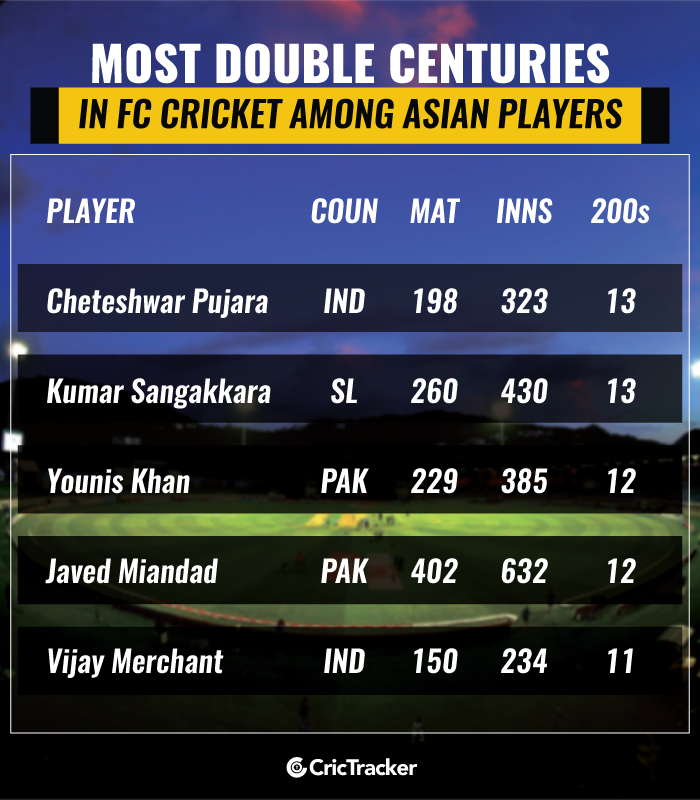 50 – This 248-run inning is the 50th century in first-class cricket for Pujara making him the 9th player to hit as many as 50 FC tons. He is also the 5th quickest among the nine players needing 323 innings.

6011 – Pujara also completed 6000 runs in Ranji Trophy during the course of his 248-run knock. He is the 50th player to aggregate 6000 runs in this competition and the 4th quickest to reach there taking only 104 innings.