He dismissed Fakhar Zaman to achieve the milestone.

Dale Steyn’s wait to become the leading wicket-taker in Test cricket for South Africa finally came to end during the ongoing Boxing Day Test match against Pakistan. Steyn has been waiting to clinch this record for quite a while that had been pushed after he claimed only two wickets during the 2-match Test series in Sri Lanka which the Saffers lost 2-0. On the Boxing Day at the SuperSport Park in Centurion, Steyn got Fakhar Zaman to edge one into the hands of Dean Elgar at the third slip.

Thus, Steyn went past Shaun Pollock’s tally of 421 wickets to become South Africa’s most prolific bowler in the longest format. Interestingly, it was Pollock who was present in the commentary box while Steyn picked up the record wicket. The former all-rounder had the rare moment of calling his own record getting broken on air. Previously in 2015. Steyn became the second South African to take 400 Test wickets and had 402 by July 2015.

But injuries made Steyn wait for nearly 40 months for adding another 20 wickets. Since then, Steyn missed most Test series’ of South Africa, consisting of more than two matches, after picking up injuries in the first match of the series’ itself. As a result, Steyn featured in only 8 Test matches in the last 40 months which translates his frequency of playing to one Test every five months.

Most wickets in Test cricket for South Africa: 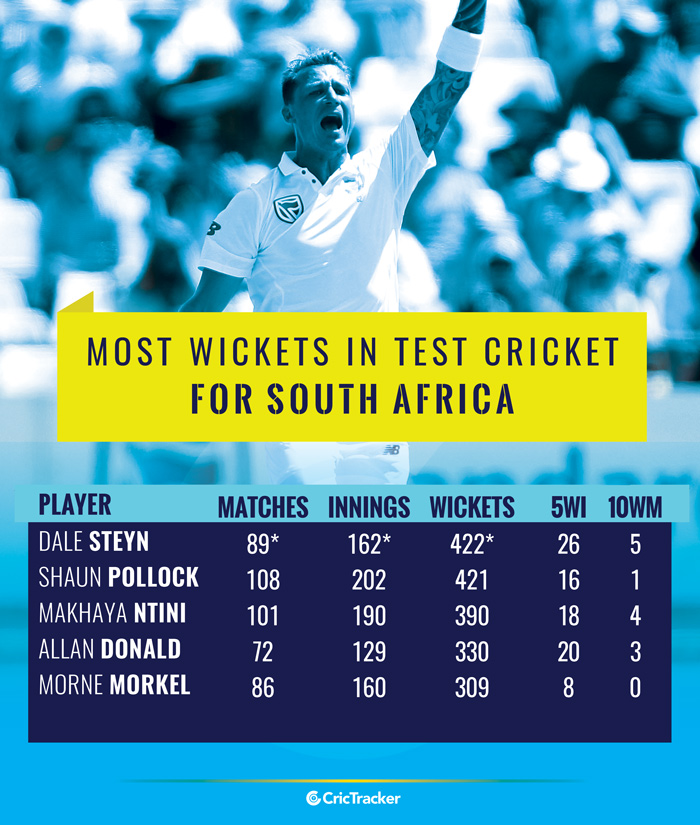 Glenn McGrath is one of the six bowlers with over 500 wickets in Test cricket, but the only one among the six players to not be the leading wicket-taker of his country. Shane Warne leads the Australian list with 708 wickets; 145 more than that of McGrath. The Australian pacer, widely known as Pigeon, lost the record of being the most prolific fast bowler in the history of Test cricket as Anderson went past his tally of 563 wickets in 2018.

Highest wicket-takers for each team in Test cricket: 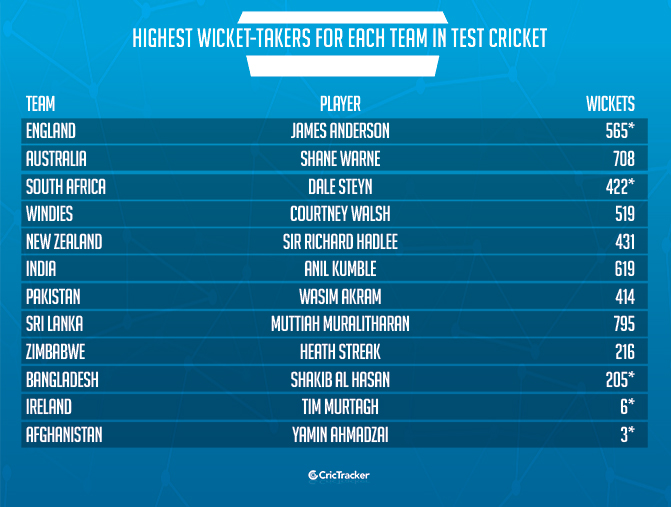