Stats: Glenn Maxwell’s price in IPL Auctions and his performance over the years

Stats: Glenn Maxwell’s price in IPL Auctions and his performance over the years

Despite a mediocre performance in IPL over the years, the price which Maxwell gets in auctions is beyond understanding for many of the fans. 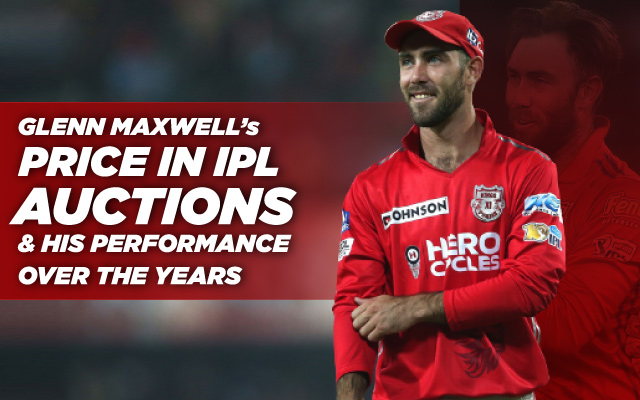 Glenn Maxwell, a name that is always a hot topic in IPL Auction, and this season was no different. Despite a mediocre performance in IPL over the years, the price which he gets in auctions is beyond understanding for many of the fans. The Aussie all-rounder was bought by Royal Challengers Bangalore for a price of 14.25 crore INR.

Apart from the RCB team in the auction, RR, CSK and KKR too went for Maxwell causing a bidding war. Maxwell is probably the only player in IPL whose price has increased more and more despite giving a consistently poor performance.

Maxwell first featured in the cash-rich league in IPL 2012 as a replacement player for the Delhi team. However, he got to play only 2 matches that season. He was first bought in the IPL auction by Mumbai Indians in 2013. He got a nick-name “million dollar baby” for his sold price of $1 million that year. In that season, Maxwell faced 27 balls in 3 matches in which he made 36 runs. 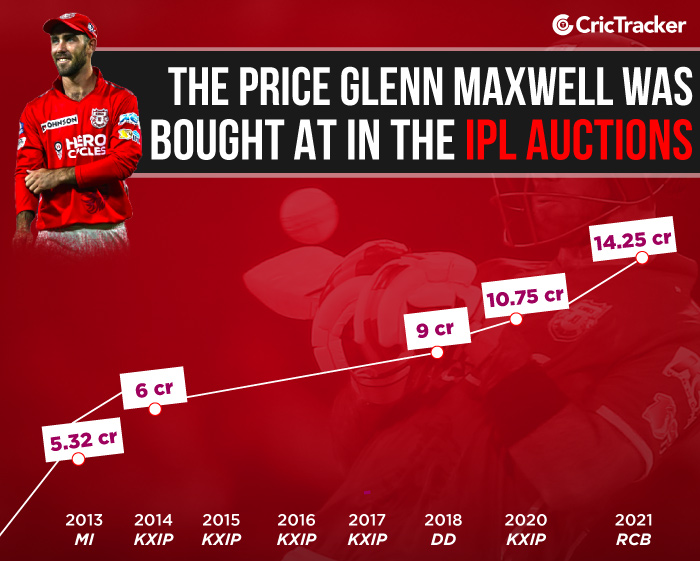 Next year, he was bought by Kings XI Punjab for 6 crore INR. Maxwell set the stage on fire in the 2014 IPL season scoring 552 runs at a staggering strike rate of 187.75. He hit 36 sixes that season, most by any player, and was third on the list of players with the most runs. 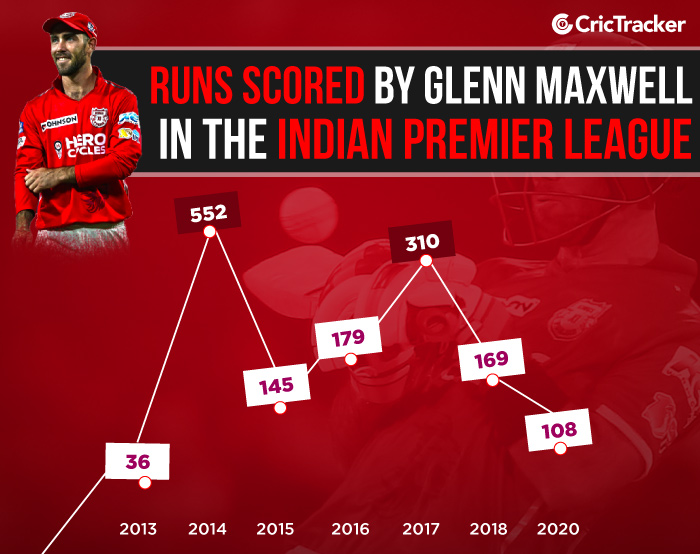 After 2014, Maxwell’s performance dipped to a great extent and he was released by KXIP for the 2018 season after three poor years with the team. 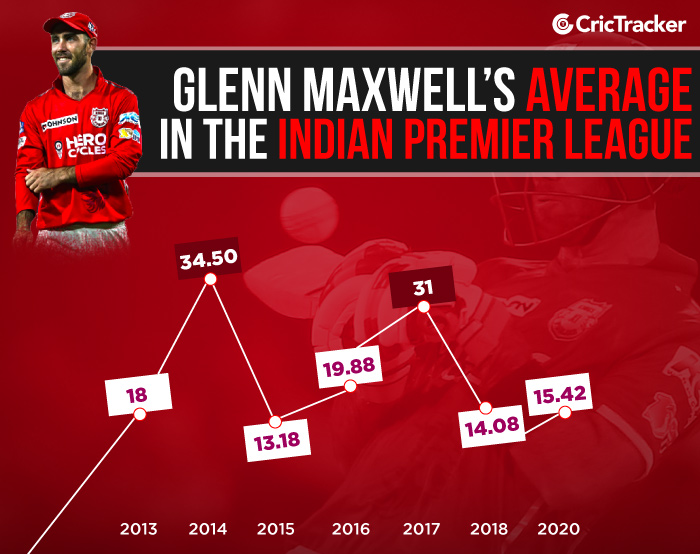 Maxwell, along with the majority of Aussie players, did not take part in IPL 2019 to focus on ICC Cricket World Cup preparation.

Last season, Maxwell went again to KXIP as they paid 10.75 crores to pick him in the auction. This season proved to be his most disastrous year as he could score only 108 runs in 13 games he played. This was also the first season for Maxwell in the IPL since 2013 in which he could not hit a single six. 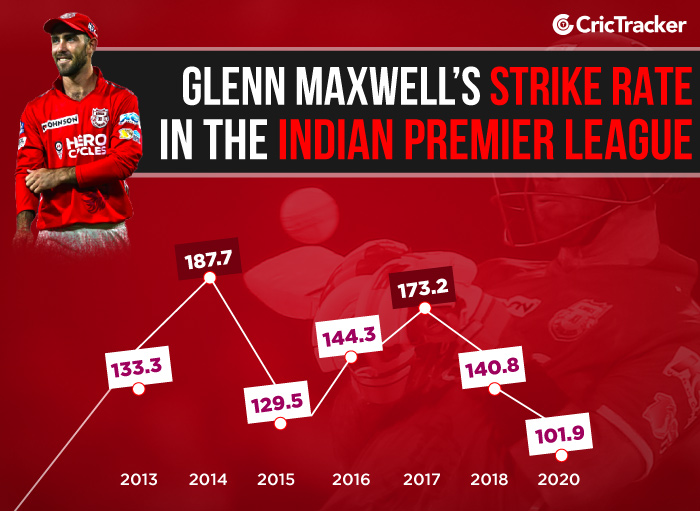 It will be interesting to see which Maxwell turns up for RCB in IPL 2021. The RCB team and fans will be hoping that it is the 2014 one.