Ishant has 249 wickets to his name in the 85 Test matches in his career thus far.

Ishant Sharma made his Test debut way back in 2007 but has only 249 wickets to his name in the 85 Test matches he has played in all these 11 years. The lanky pacer averages as high as 35 and takes 64.8 deliveries for every wicket. The biggest issue for Ishant has been his inconsistency which even kept him on the bench more often despite being more experienced than all the other pacers.

The overseas Test cycle between 2013 and 2015 reinstated Ishant’s importance in the Indian Test XI. The Delhi pacer was quite impressive and was clinical in their only Test win in this period that came at the Lord’s where he claimed a 7-wicket haul in the 2nd innings. However, he was once again out of fray during India’s long home season between 2015 and 2017. 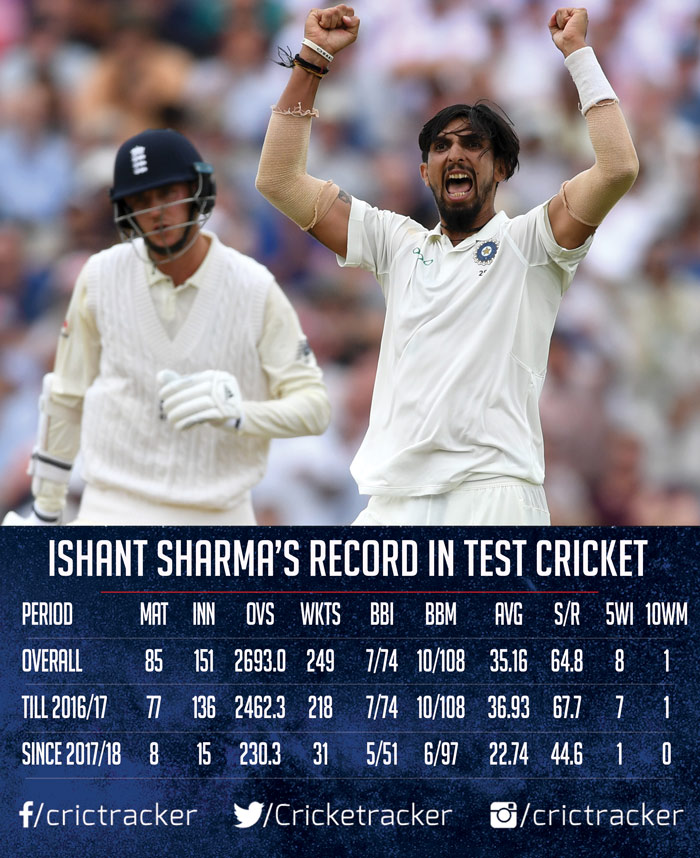 Mohammed Shami and Umesh Yadav’s pace and ability to extract reverse swing kept them in the XI from almost all Tests during the home season. He couldn’t make it to the playing XI in the Sri Lanka series player in 2017 either. However, a chance came begging for the 29-year-old after Bhuvneshwar Kumar didn’t play the last two Tests of the home series against Sri Lanka due to personal reasons. In that two games, Ishant bagged eight wickets at an average of 26.25.

More than his numbers it was his bowling that impressed the team management. The senior pacer hit the seam perfectly and constantly troubled the Sri Lankan batsmen in both the games. On the subsequent tour of South Africa Ishant didn’t feature in the first game of the series in Cape Town but was brought back into the XI for the last two Tests at Centurion and Johannesburg. He picked up eight wickets at an average of 18.75 in that series where his seam presentation was perfect and the ball didn’t wobble as was the problem in the past. 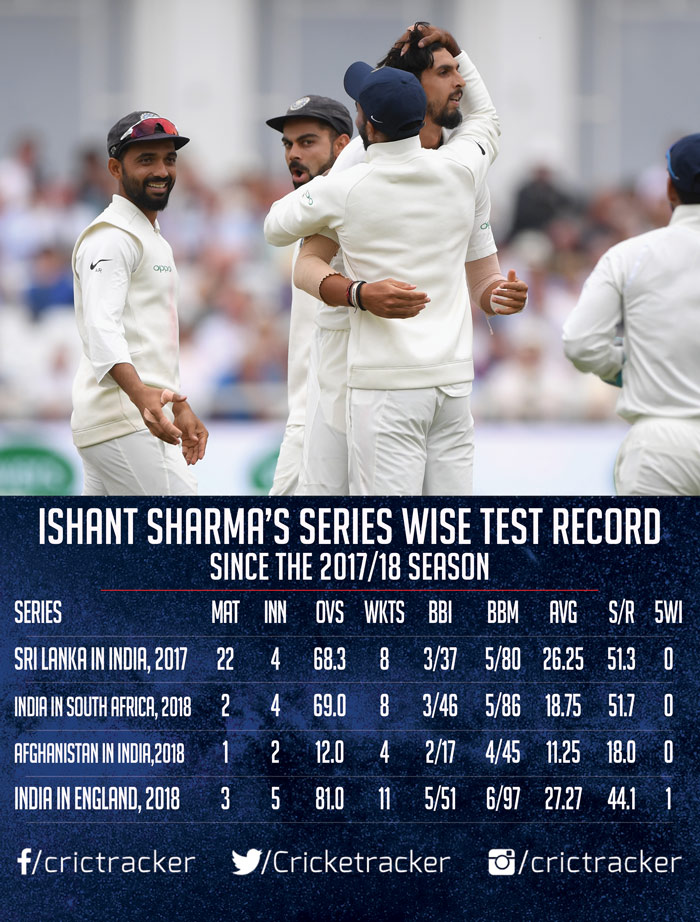 This change was a result of the work he has put on to stabilize his wrist and get a better position. It has helped him generate movement even with the old ball. Ishant ended up taking 31 wickets in the eight matches in the last one year at an average of 22.7 and a strike rate of 44.6. The county stint this year with Sussex where he had Jason Gillespie as the head coach turned proved to be a boon for the Indian pacer as well. Ishant worked on many aspects ahead of the big England tour with the former Australian pacer.

Gillespie helped Ishant to adjust his line and lengths based on the conditions. The assignment also helped him attain an upright seam and wrist position at the time of release. Since his return in November 2017, Ishant’s bowling strike rate of 44.6 is the 6th best for any bowler who has claimed a minimum of 25 wickets. Windies pacer Jason Holder and Shannon Gabriel top the list with a strike rate of 32.5 and 33.2. 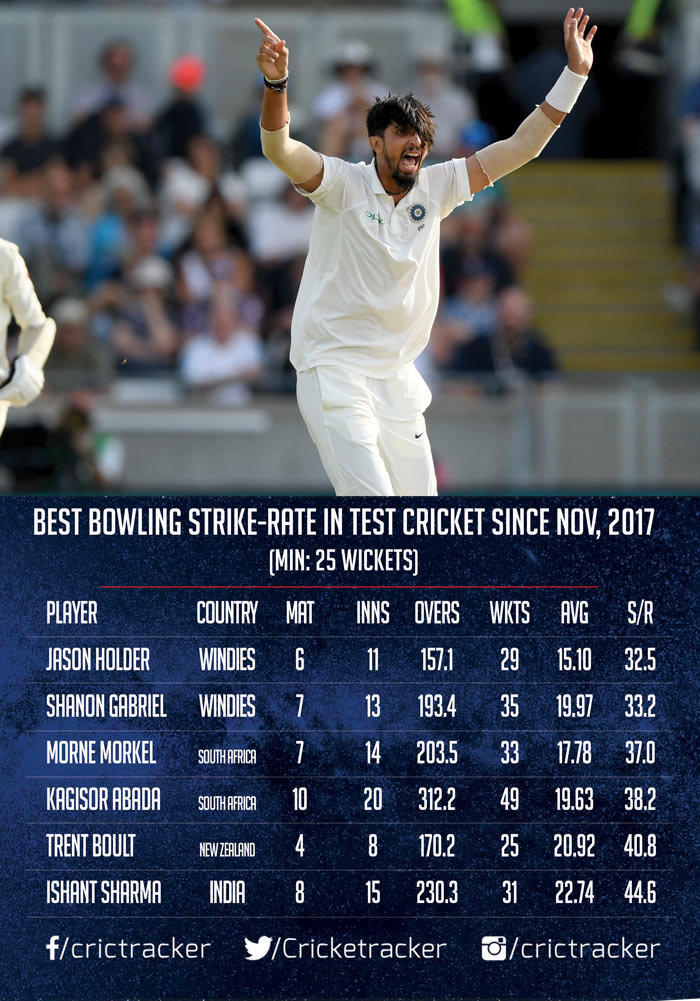