Joe Root started the game with 5960 runs in this format.

Joe Root leading his team from the front scored the first fifty of the 5-match Test series against India at Edgbaston. The England captain was unbeaten on 65 at Tea on the first day of the series and the game which is England’s 1000th Test match. Root during his knock completed 6000 runs in his Test career when he reached his individual score of 43. Root on 39, edged a Ravichandran Ashwin delivery away from the first slip fielder Ajinkya Rahane and it raced to a boundary.

Fastest players to score 6000 runs in Test cricket in terms of days from debut: 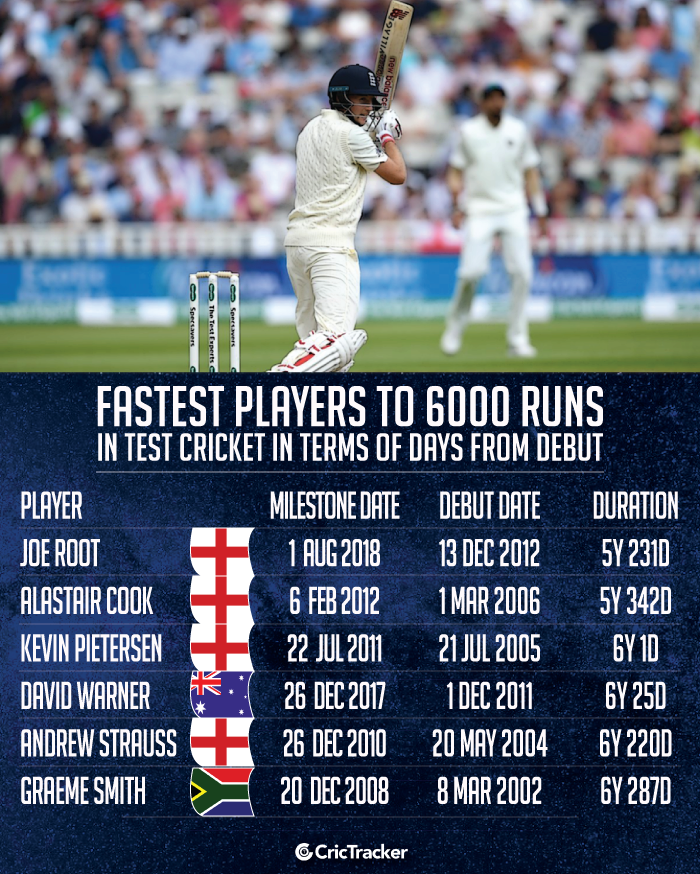 In the last one year, Root scored 1006 runs in 13 Tests at an average of 47.9 with one century and 11 fifties. However, he became the fastest to get to the milestone in terms of days from the debut. The England skipper needed five years and 231 days from his Test debut to reach 6000 Test runs, 111 days fewer than his former captain Alastair Cook. The last two English skippers Cook and Root, are the only players to complete 6000 Test runs in less than six years from debut.

Kevin Pietersen got to 6000 Test runs a day after completing 6 years from his Test debut. Four of the top five quickest players to score 6000 Test runs in terms of duration are England players. Root is also the 3rd youngest to complete the 6k-run milestone in Test cricket. He was aged 27 years and 214 days coming into this Test match. Sachin Tendulkar, the youngest man to the milestone was aged 26 years and 313 days while Alastair Cook was 27 years 43 days old when he got it there in 2012. 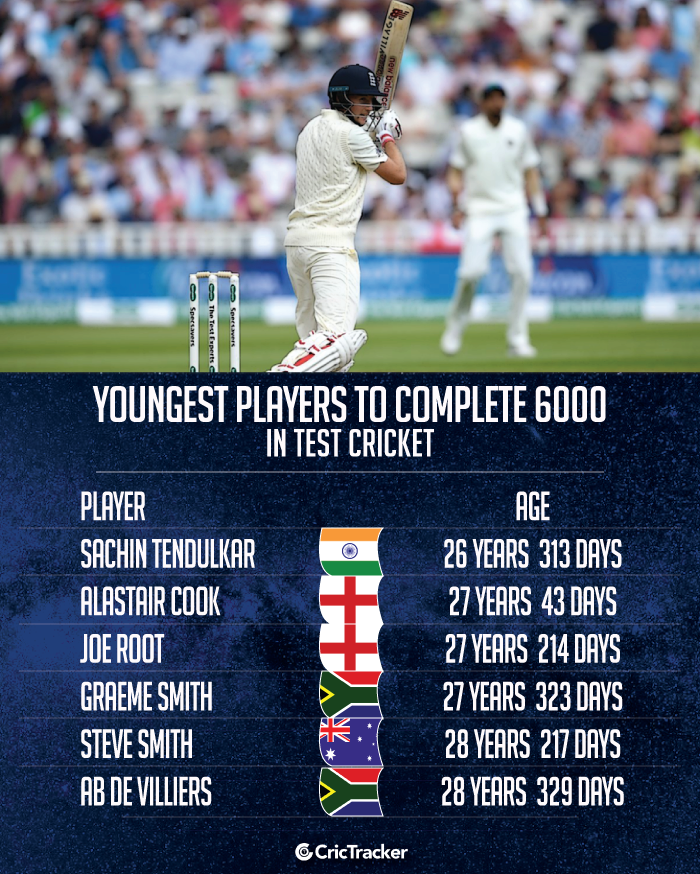