The record was earlier held by Irfan Pathan who reached the landmark in 59 matches.

Mohammed Shami picked up 99 ODI wickets in 55 matches before India stepped on the New Zealand soil. The pacer didn’t take too much time to reach the milestone when he took the field in the first ODI. While he was used as the first-change bowler in recent times, Shami was handed over the new ball in the match.

He breathed fire right away on a deck that seems to be great to bat on. The pacer hit terrific areas – swung the ball both ways and the ball sometimes also held the line. This caused severe discomfort to the New Zealand openers and Martin Guptill in particular. Shami hit him on the pads on the second ball of his first over which looked quite close.

It got even closer to picking a wicket on the third ball of that over when he bowled a beautiful inswinger. Then, on the fifth ball, Guptill chopped one back on to the stumps as he got stuck on the crease gifting Shami his 100th ODI wicket. The pacer became the fastest Indian to reach the milestone as he got there in only 56 games. The record was earlier held by Irfan Pathan who reached the landmark in 59 matches.

Fastest to 100 ODI wickets among Indians 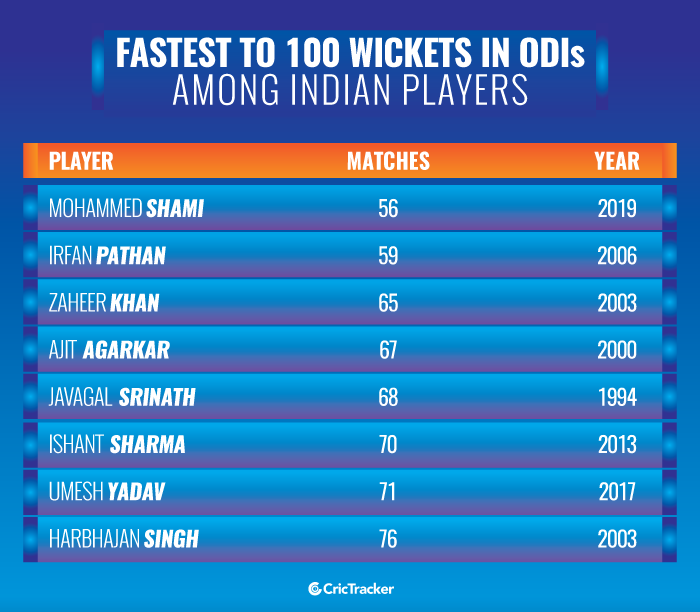 Afghanistan leg-spinner Rashid Khan tops this list of bowlers who got to 100 ODI wickets the quickest. The 19-year-old achieved the feat in only 44 matches. He is followed by Mitchell Starc and Saqlain Mushtaq who reached there in 52 and 53 games respectively.

Shane Bond and Brett Lee also feature on this list as they have achieved the feat in 54 and 55 games respectively. New Zealand’s Trent Boult picked up his first 100 ODI wickets in the same number of games as Shami did. Imran Tahir, Waqar Younis and Morne Morkel are the other players in the top-10. 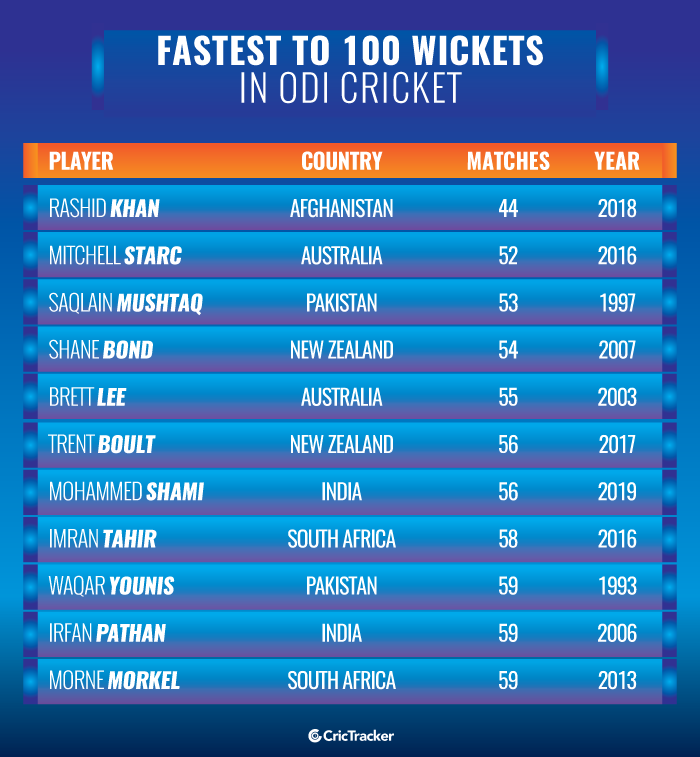