During the 5th ODI against the Windies, Rohit Sharma and Virat Kohli added an unbeaten 99-run stand for the second wicket.

India are blessed to have three of the best batsmen in the ODI format going around in their top three; Virat Kohli, Rohit Sharma and Shikhar Dhawan. The trio has been the base of many Indian victories in the limited-overs cricket despite no consistent middle-order set-up. Among the three, Kohli and Rohit numbers are well ahead of any other player in the ODI format in the last five years. The pair of Kohli and Rohit have also added quite a few records under their belt.

They stood as the second-fastest to 4000 as an Indian pair completing in 89 stands before Rohit-Kohli pushed them to No.3. Among the 13 pairs, Sachin Tendulkar and Virender Sehwag took longest to 4000 runs. They needed 104 innings to complete as many runs as a pair in ODI cricket. Sri Lanka’s Mahela Jayawardene and Kumar Sangakkara needed 103 partnerships; the only other pair which needed over 100 stands for 4000 ODI runs. 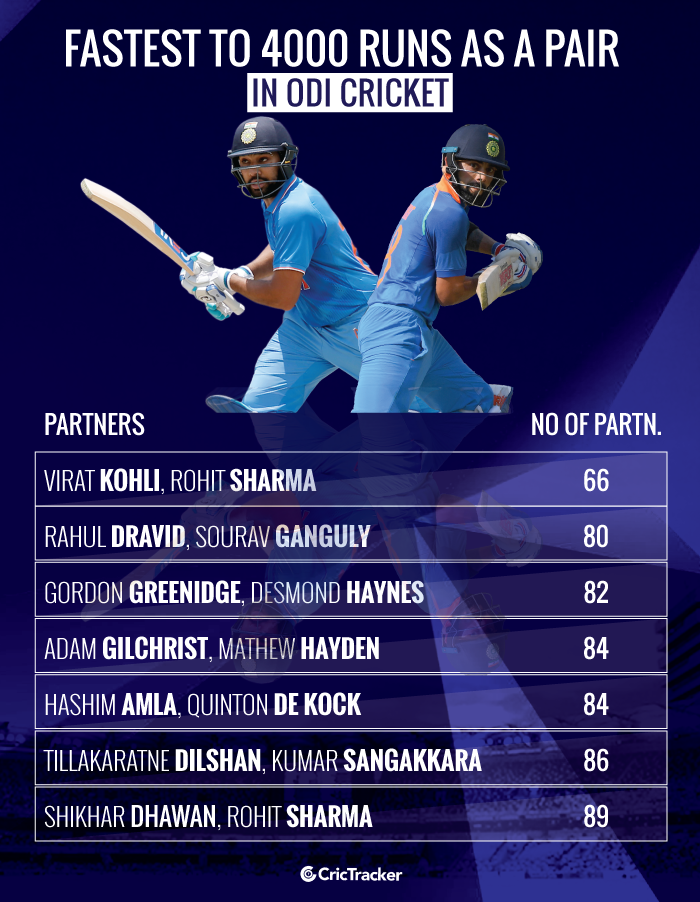