Shivam Dube scored 118 off 67 balls for Mumbai against Karnataka on Thursday.

Shivam Dube put on a valiant effort in the Vijay Hazare Trophy match on Thursday against Karnataka in the 313-run chase for Mumbai. Dube walked to bat at when Mumbai were 104/4 in the 21st over. Despite the fall of wickets at the other end, the all-rounder smashed 118 in only 67 deliveries. He struck seven fours and 10 sixes including one with which he brought up his hundred from only 58 balls.

Dube got out at the start of 42nd over when Mumbai were 36 runs away from a win in 9 overs but were left with only two wickets in hand. Mumbai eventually were bowled out for 303 in 48.1 overs and lost the game by just 9 runs. The game was played at the M Chinnaswamy Stadium, the home venue of his IPL team, the Royal Challengers Bangalore.

Had Mumbai won this game, it could have been the biggest run-chase over Karnataka in List A cricket and the highest for Mumbai in the past decade. The 58-ball century by Shivam Dube is the 5th fastest by an Indian in List A cricket. Yusuf Pathan’s 40-ball hundred in the 2009/10 season for Baroda against Maharashtra is the fastest in the One-Day format by an Indian.

It is also the only List A century by an Indian which came in less than 50 balls. Dube’s ton is the 3rd fastest behind Yusuf’s 40-ball century in Vijay Hazare Trophy and Kedar Jadhav’s hundred that came in only 57 balls against Delhi while playing for Maharashtra. Jadhav scored it during the 2017 Vijay Hazare Trophy only two months after the 65-ball hundred which he scored against England in an ODI.

Fastest centuries in List A cricket by Indian players: 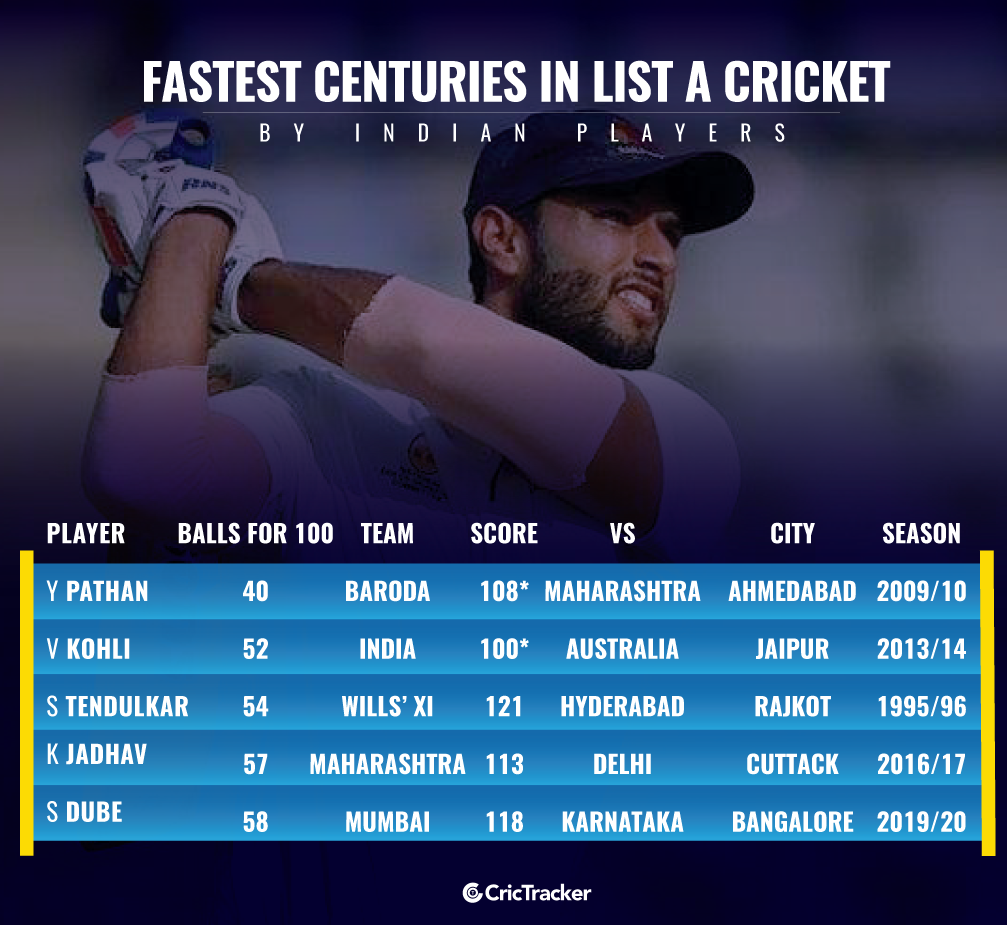 Sachin Tendulkar scored his hundred against Hyderabad during the 1995 Wills Trophy in only 54 balls. The ton remained as the fastest by an Indian in List A format until Yusuf’s feat. In fact, Shivam Dube’s ten sixes are the joint 2nd most by any player in a Vijay Hazare Trophy match. Prithvi Shaw scored the previous fastest List A hundred for Mumbai with the 61-ball effort against Railways during the previous Vijay Hazare Trophy season.

Vishnu Vinod set new sixes record only two days ago by hitting 11 sixes during his 121-run knock for Kerala against Chhattisgarh on Tuesday. Dube shares the 2nd spot with three other players. Yusuf Pathan hit 10 sixes in a Vijay Hazare game twice. He smashed 10 sixes during the 40-ball hundred he struck against Maharashtra in 2009/10 while Saurashtra were on the receiving end during the 2011/12 season.

Most sixes by a player in an Indian Inter-State List A match: 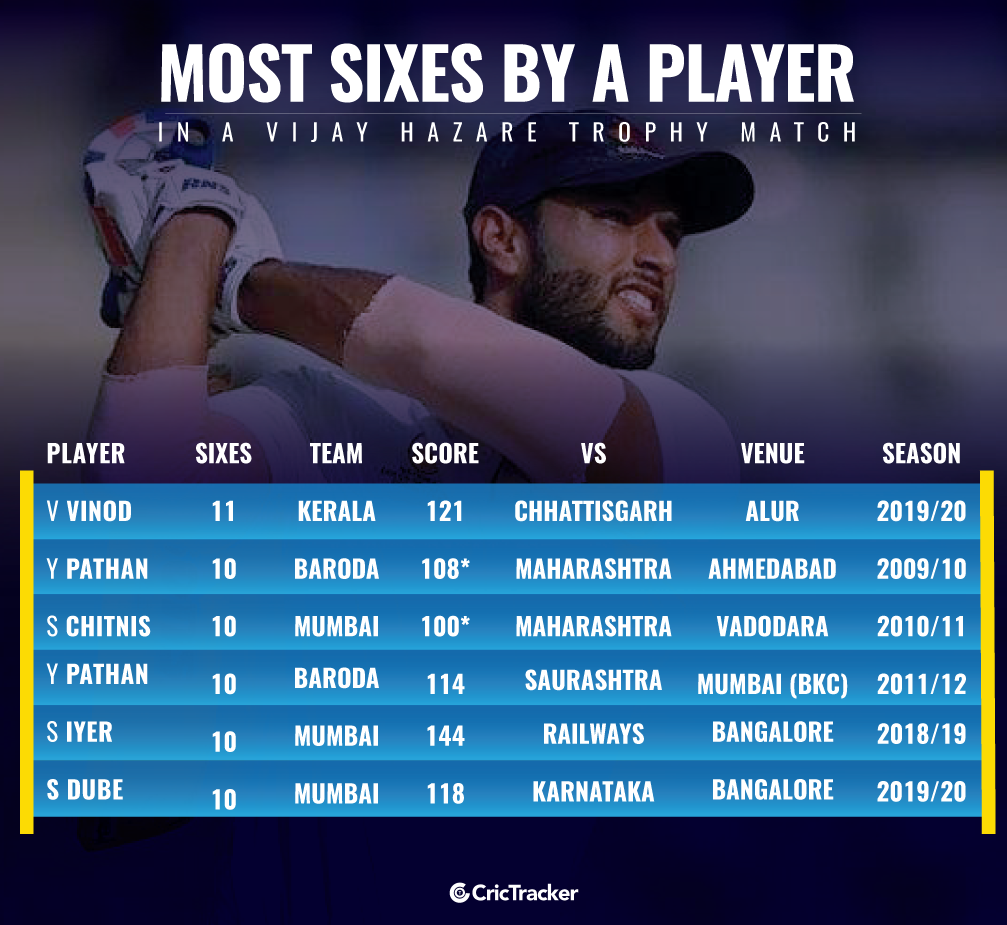 (Note: The above mentioned are instances where the balls taken for milestones and sixes hit were recorded)