The two added 159 runs for the fourth wicket in the 3rd Test againts England at Trent Bridge.

Virat Kohli and Ajinkya Rahane stood up against the England bowling on the opening day of the Nottingham Test match after they lost three wickets in a quick succession. India’s captain and vice-captain stitched a big partnership as India didn’t lose a wicket in the 2nd session. Shikhar Dhawan and KL Rahul added 60 in 18.4 overs for the opening wicket before both got out across three overs. Cheteshwar Pujara also departed in the final over before lunch leaving India at 82/3.

Kohli and Rahane batted positively scoring boundaries regularly in the post-lunch session and put India back on top. The pair added 159 for the 4th wicket in 40.2 overs before Rahane got out scoring 81 off 131 balls with 12 fours. The stand came to an end due to a spectacular catch by Alastair Cook at first slip. This game also helped Ajinkya Rahane regain his confidence as he had an average in the 10s in last 9-10 months. 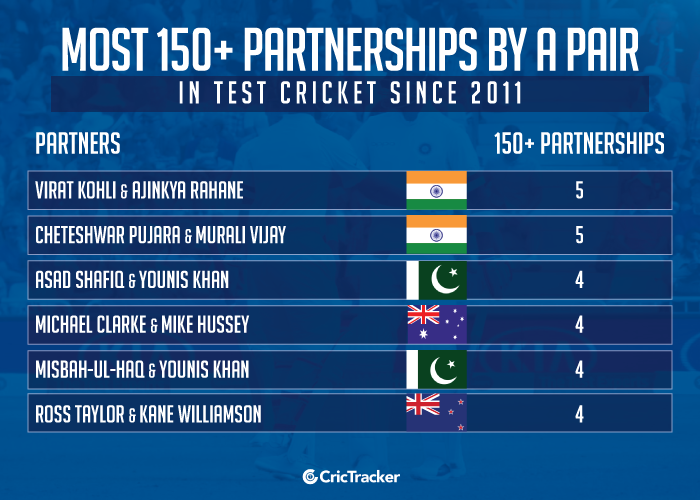 Most 150+ partnerships by a pair for the 4th wicket in Test cricket: 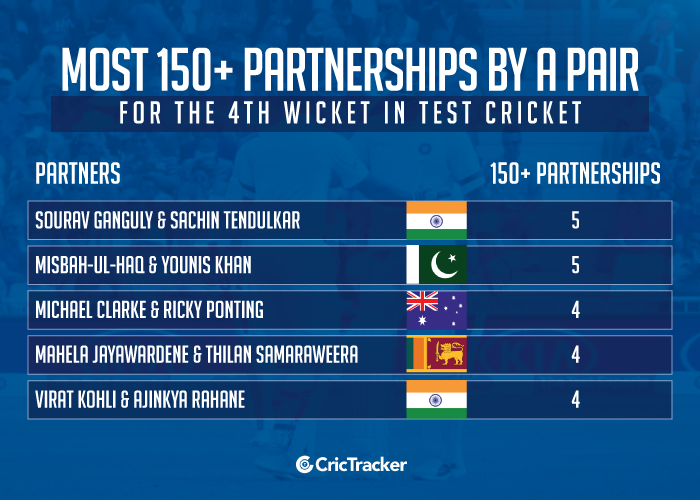 Most century partnerships outside Asia for an Indian pair in Test cricket since 2008: 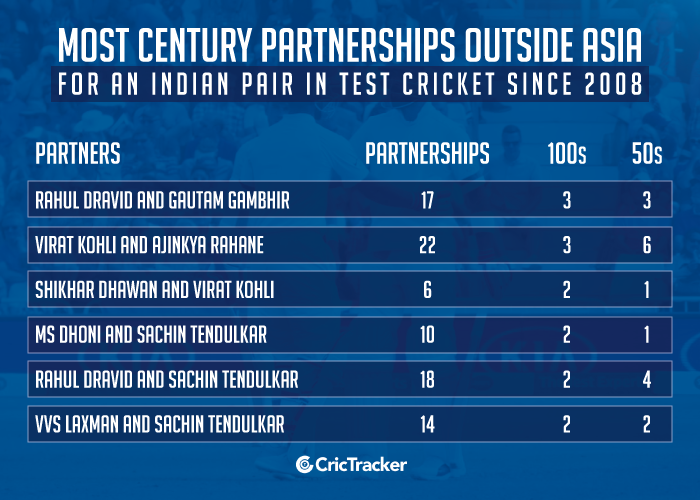