Stats: Virat Kohli registers the best tour of England by an Indian

Stats: Virat Kohli registers the best tour of England by an Indian

Kohli registered the best England tour by an Indian across formats.

It was a tough first tour of England for Virat Kohli, the Indian captain as his team managed to win only the T20I series and lost in both ODI and Test series that followed. However, Kohli’s bat continued to produce runs even in the tough times as he made as many as 894 runs across the three formats against the home team. He could have added few more runs to his tour tally if not for a golden duck in the final innings. However, he already recorded his best away tour by surpassing the 871 International runs he made in South Africa.

Kohli, in this process, registered the best England tour by an Indian across formats. He went past Rahul Dravid’s 847 runs that he’d accomplished on the tour of 2002 in only 12 innings. The former Indian skipper scored three hundreds and four fifties at an average of 77 on that tour. Overall, Kohli’s 894 runs are bettered by only two Indian players on an away tour. VVS Laxman and Dravid scored 937 and 896 runs during the 2003/04 tour of Australia in 17 innings.

Most International runs in an away tour by an Indian: 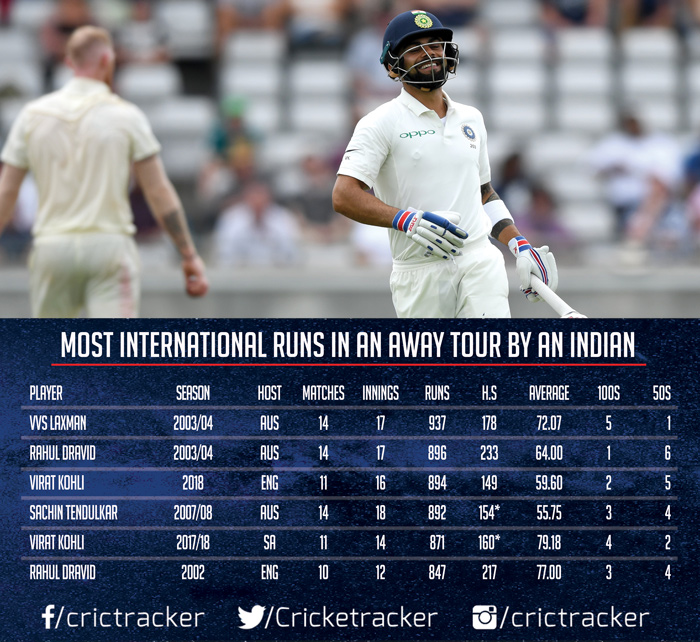 Laxman had five centuries on that Australian tour and averaged 72.07. However, both Laxman and Dravid’s tallies on that tour included runs against Zimbabwe from the VB Triangular Series. As a result, in terms of runs scored against the home team on an away tour, Kohli tops the list with two entries. His 894 runs in England and 871 runs in South Africa this year are the only instances when Indian players scored 800+ International runs on an away tour against the hosts.

Most International runs on an away tour by an Indian against the home team: 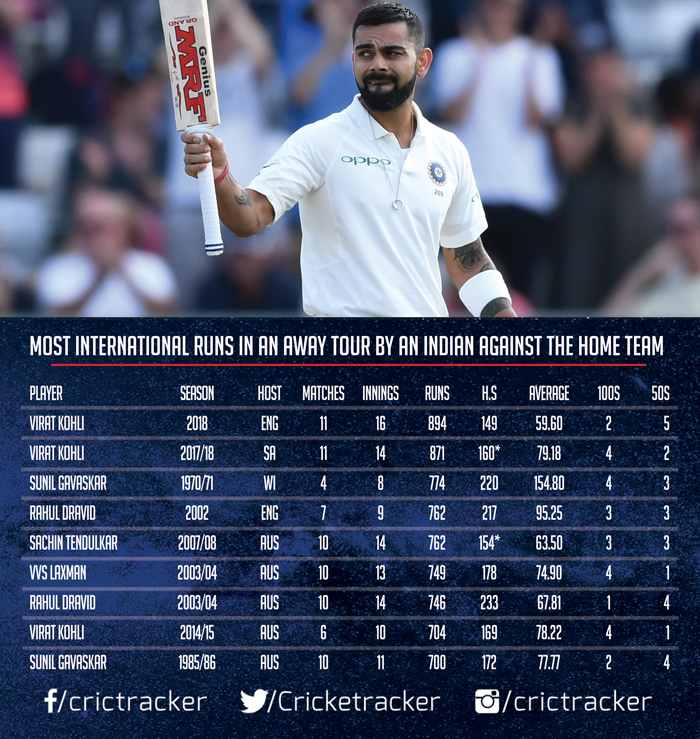