Sydney Thunder are expected to beat a low in confidence Adelaide Strikers side to get their first victory of their season. 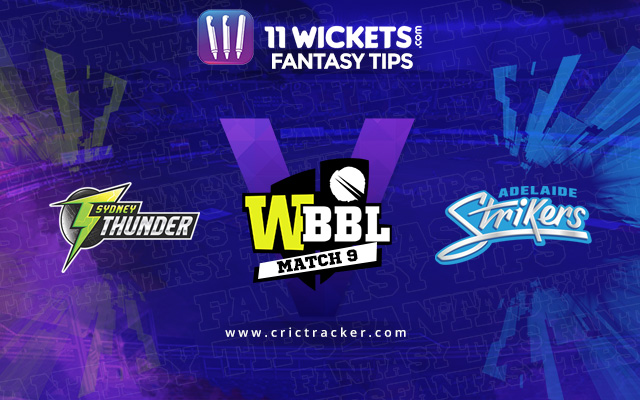 The 9th match of the  Women’s Big Bash League (WBBL) 2020 will be played between Sydney Thunder Women and Adelaide Strikers Women at the Sydney Showground Stadium, Sydney.

Adelaide Strikers have had a very strange start to their 2020 Women’s Big Bash League season. They were absolutely ruthless in their first game against Hobart Hurricanes. They bundled out the team from Tasmania for only 84 and chased it down with significant easy.

However, they were a mere shadow of their one day old’s self in their very next game against Sydney Sixers. Coming into this game on the back of a 9-wicket defeat, they will aim to get their carriage back on track. As for Sydney Thunder, anything but a complete game would do, as both of their matches have been washed out.

Unfortunately for Sydney Thunder and for every cricket enthusiast, the weather is not looking great. Cloud cover is expected over Sydney and the chances of precipitation are 80%.

The Sydney Showground Stadium track has been favouring the bowlers more than the batsmen in the recent past. Anything near 140 should be considered as a good total in this pitch.

Rachael Haynes has scored 761 runs in only 50 T20I innings. She has a T20I average of over 25 and a strike rate of nearly 120. She has also picked up 4 wickets in the shortest format of the game.

The immensely experienced Tammy Beaumont has scored 1,382 runs in 88 ODIs, at a decent average of over 20 and a strike rate of over 105. She has 7 T20I half-centuries to her name.

Darcie Brown has been one of Adelaide Striker’s most consistent performer so far in this season. She has picked up 3 wickets in 2 matches. Besides that, she has also maintained a brilliant economy rate of just over 3 runs per over.

Laura Woolvardt scored 54 runs in two matches she has played in so far. The South African batsman has maintained a decent strike rate of over 115 and has also registered a half-century to her name.

After missing the first game, Stafanie Taylor is all set to feature against Strikers. She has over 3000 runs in T20I cricket, with an average of over 35. She also has 94 T20I wickets to her name, which includes a 4-wicket haul. 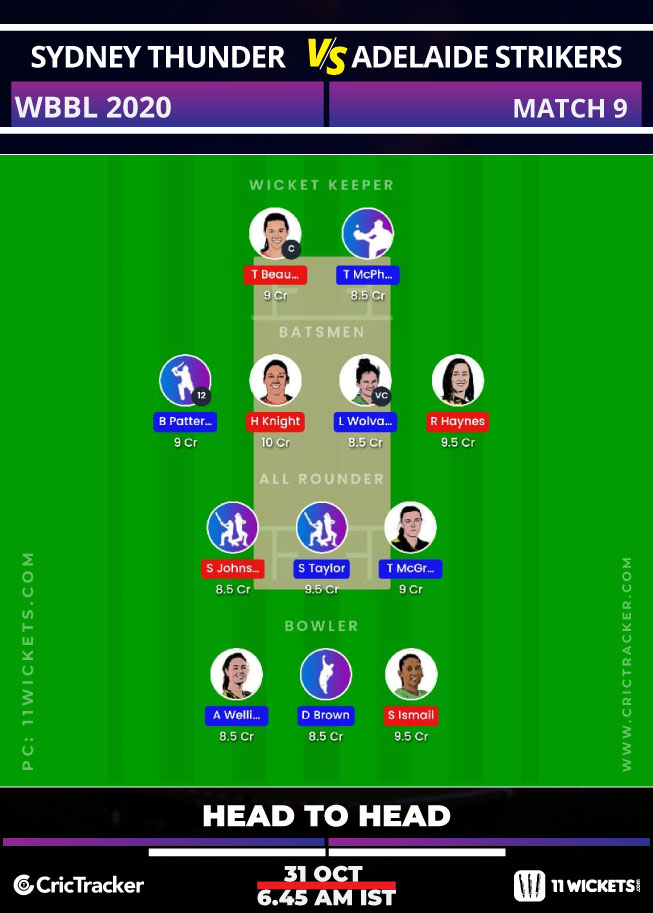 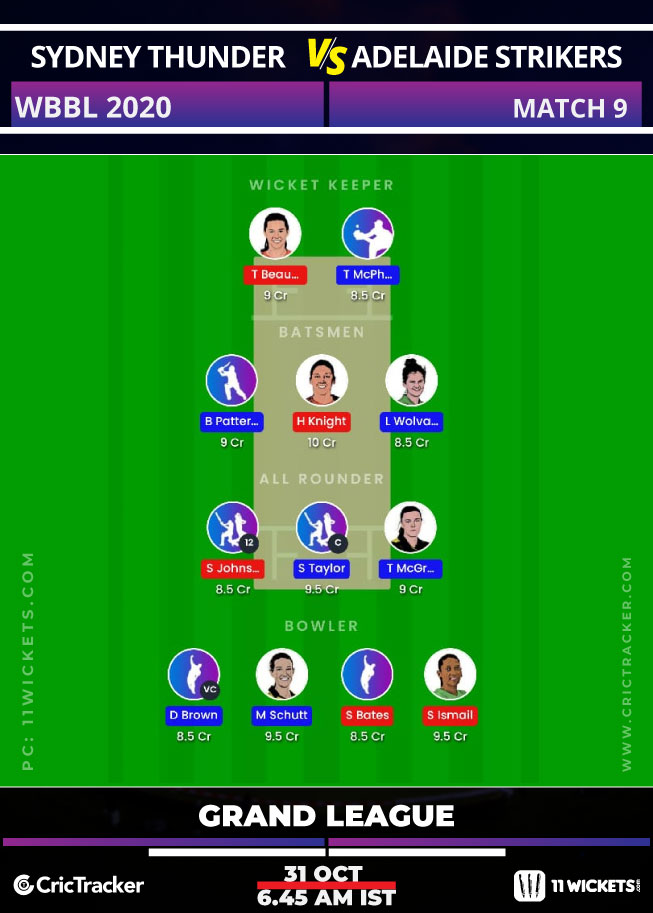 Amanda-Jade Wellington has been impressive in the first round of fixtures. She scalped 3 wickets from 2 matches and also maintained a fairly satisfactory economy rate of slightly over 7 runs per over. She can be a great bargain pick for your 11Wickets Fantasy teams.

Sydney Thunder Women are predicted to win this match.