Sydney Thunder are expected to paint the city in green by beating local rivals Sydney Sixers. 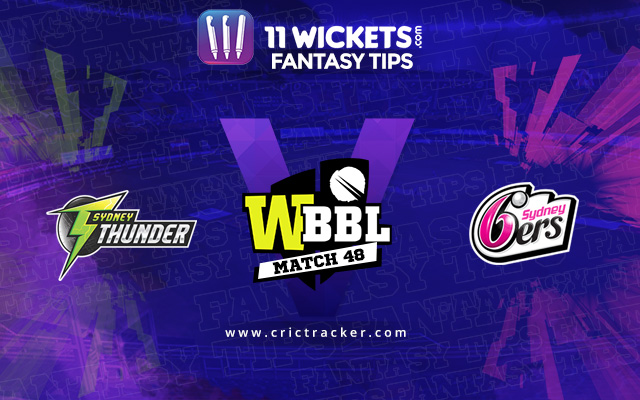 The 48th match of the Women’s Big Bash League (WBBL) 2020 will be played between the Sydney Thunder Women and the Sydney Sixers Women at the Sydney Showground Stadium.

Given their history, fans expected both Sydney Thunder and Sydney Sixers to be in the hunt for semi-final places at the very least. The teams haven’t let anyone down and are very much in the fray to advance to the next stage of the competition. Thunder have been the better team from Sydney in this year’s WBBL. With 5 wins from 11 games, they are currently at the points table.

Just one point behind them is Sydney Sixers. However, given their poor Net Run Rate and how closely packed the teams are, they are currently sitting in the 6th position. With a win, they will be able to go ahead of Thunder and place themselves on third.

We are all set to witness the entire 40 riveting overs of the derby, as the chances of precipitation are zero per cent. The temperature is expected to be between the 21-23 degree Celsius.

The pitch here will favour the bowlers in the beginning. Pacers will get a lot of purchase in the initial overs of the game. However, it will eventually start to support the batsmen and the bowlers will have a tough time in the second innings.

Heather Knight has proved yet again why she is considered as a modern-day great of women’s cricket. She has scored 353 runs at an average of over 50 and has also picked up 8 wickets.

Samantha Bates has been the commander-in-chief of Thunder’s bowling unit. She has not only scalped 14 wickets but has also maintained an economy rate of just 5.59 runs per over.

Ellyse Perry has done what Ellyse Perry usually does in any competition she plays in. She has scored 294 runs at an average of 58.80 and has also picked up 7 wickets.

Sammy-Jo Johnson has come in handy with both the bat and the ball. She has taken the 7 wickets and has also scored 66 runs in 7 innings so far. 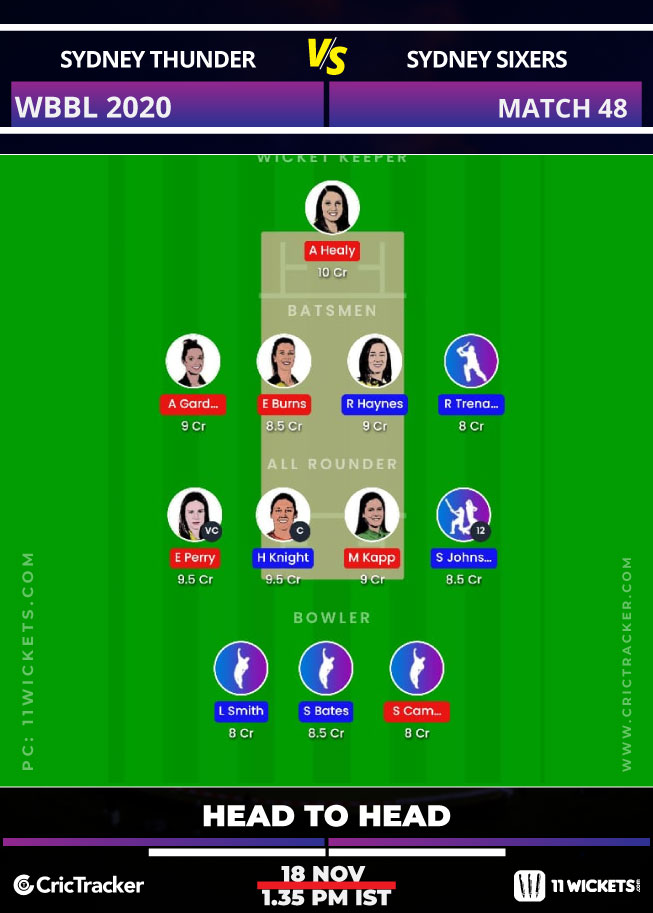 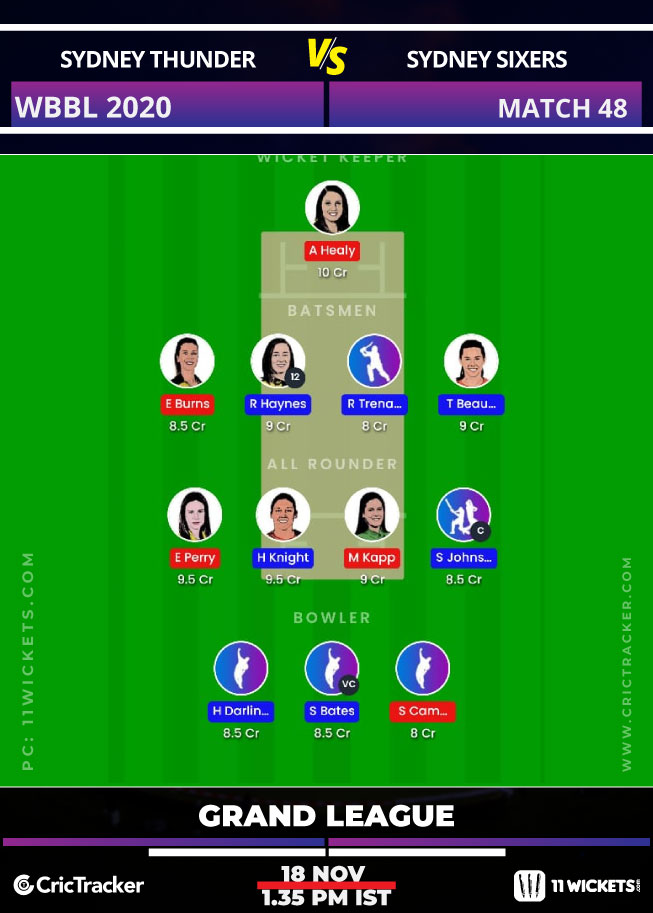 Marizanne Kapp is a points-magnet, as she has been doing a great job in both batting and bowling. She has picked up 9 wickets and has also scored 165 runs. Hence, it is advisable to include her in both of your 11Wickets Fantasy teams.